Anime movies for long running popular series are a bit of a conundrum. They generally don’t have the luxury of time that an anime series has nor can they really mess with or significantly impact the main story of their source material or anime series. Anime movies stand on their own, with their large production budgets, fancy animation and great expectations from fans. So what then, does Gintama: Kanketsu-hen – Yorozuya yo Eien Nare (Gintama The Movie: The Final Chapter – Be Forever Odd Jobs) bring to the table beyond a fairly long title? Quite a bit actually. 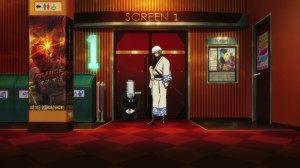 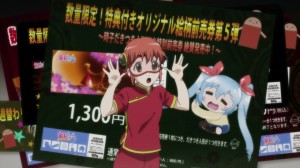 What makes the latest Gintama movie so special is that it celebrates nearly everything that made the anime series so powerful and a joy to watch before its last cancellation/on-hiatus moment around a year ago. Few can argue that Gintama was at its peak, or at least, better than its ever been. Be Forever Odd Jobs takes on the rather difficult task of continuing the legacy of the anime series, and makes it look effortless.

From the very start of the movie, everything that Gintama fans love is there. The signature odd ball humor filled with 4th wall jokes, anime and general japan references and some truly smart self parodying is all in there. There’s also glorious action, a really interesting premise and a good deal of emotional moments that will make you tear up to compliment the hilarity that the series is known. If you are one of those Gintama fans that has been sorely missing the trademark wit and action that the anime series is known for, then the movie is able to bottle up that lightning and have it burst through in its just shy of 2 hours run time. 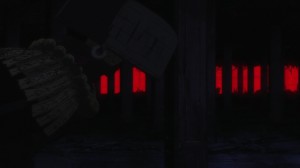 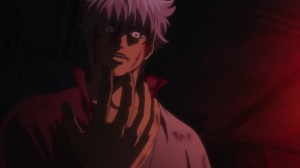 The premise for the movie is quite clever actually, its a time travel story, and one that neatly inserts itself into the canon without really messing anything up. Without spoiling too much, Gintoki ends up traveling to the future, and as you can imagine, all is not right in the world. The world has changed quite a bit, and not for the better. As Gintoki begins to unravel what happened and tries to find a way back, he runs into future versions of some people he knows very well. 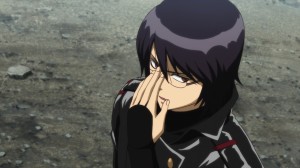 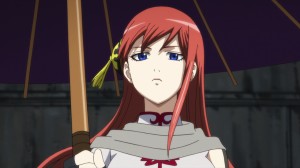 If there is one issue, its that none of the big changes and twisted future that we see in the movie end up staying. Its all retaconned rather cleverly, and while the movie does a splendid job of putting forth the central question of Gintoki’s own existence and worth to his friends and to the franchise in general, the retacon is a bit disappointing. The disappointment probably stems from how well done this movie really is, and how it really does feel like an extension of the source manga and anime series.

Production values wise, Sunrise doesn’t fail to impress. While its not going to be able to compete with the more expensive projects like the Rebuild of Evangelion series, the extra budget does make for some really pretty visuals and some amazing action scenes. Several charaters beyond just Gintoki get some stand out battle sequences and it all plays nicely with the general high quality sound work, choreography, dialogue and impressive seiyuu work. 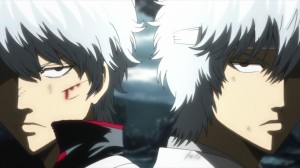 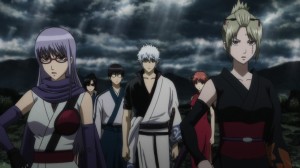 Its hard not to look at the amazing work Tomokazu Sugita does as Gintoki, and he almost carries the film himself for a good chunk of those two hours. The performance here is amazing, and makes what Gintoki sees in the future all the more believable and immersive. Rie Kugimiya and Daisuke Sakaguchi do amazing work as an older Kagura and Shinpachi respectively. Its amazing to see the range that both of them display making the two fan favorite characters older yet still familiar.

At the end of it all, Gintama The Movie: Final Chapter – Be Forever Odd Jobs does the whole anime movie thing right. It hits on all the right notes, and celebrates everything that makes the Gintama franchise so special. The trademark wit and humor, the action and the ability for the series to make you suddenly start bawling your eyes out is something truly special in the anime landscape. 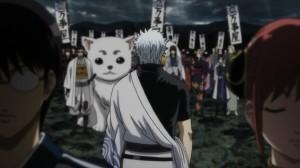 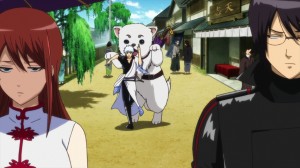 While we await for the next animated Gintama work, this movie serves as a great tide over. We award the movie with a much deserved A+ Grade and a solid recommendation to any Gintama fan!