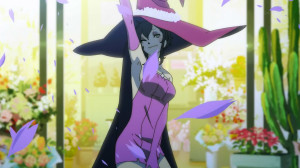 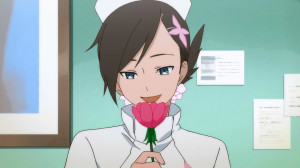 Sorry about falling behind on this one. Apparently the main subs I was following disbanded randomly so I’ll be catching up solely using raws. Well on the positive side I’ve at least watched enough anime over the years so I can mostly follow what’s being said. So I just warn ahead of time so if I actually misinterpret something…well that happens.

Anyways, the episode as expected started off this next battle and focused pretty cleanly on Juri and her younger sister Lila. I’m not sure about the whole being struck thing playing a factor (unless it happened before Juri’s flashback), but honestly this girl just seems mentally unstable. Even that might be putting it nicely. 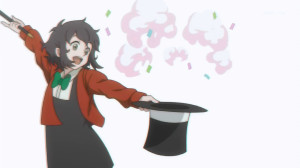 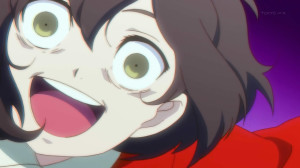 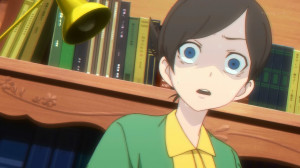 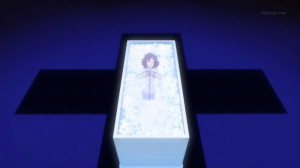 Honestly I’m not sure how this girl ended up like that other than being insane from the start. I mean yeah she certainly had an attention issue. Her older sister was focused on her studies and her own thing and mostly ignored her sister. When a good magic trick seemed to impress her it became the only link between Lila and Juri. Thus her only option was to continue ramping up the magic in order to keep her sister’s attention. But clearly along the way she really started to lose it. Starting to pick tricks that frankly were unsettling and disturbing to watch. Sure, it didn’t actually hurt her but it would be pretty scary to watch. That lack of attention probably pushed the sister even further down a dark road.

What I’m not sure about is how she was considered dead till this point. Maybe that was just taking her tricks up to yet another level in faking her own death. Regardless it’s clear that the relationship there is pretty unsettling. I don’t think Juri was much to blame, but certainly goes to show what ignoring someone can lead to. Her answer at the end of the episode just lit a pretty unstable fuse. Not that I can’t relate to not wanting to see her. I mean that girl is frightening and Juri is probably afraid to see her again. Still, it did just blow everything up. Now a dangerous situation has been created against someone who has magical abilities I can barely wrap my head around. 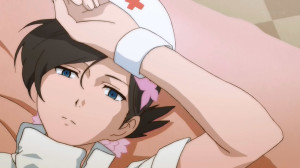 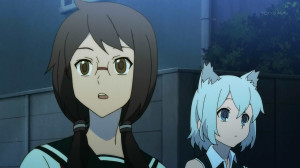 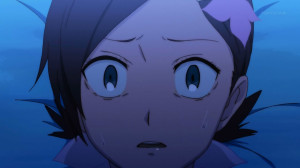 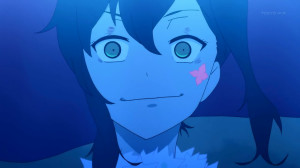 I didn’t quite pick up the whole magic vs science talk the elders were having so won’t really touch on that. I do wonder why Lila was going around bothering and attacking random people though. Unless she was just doing it for kicks which seems entirely possible. The whole ghost thing might just have been a way to have some fun or draw any possible security away from her sister. Goes to show this girl is so out there even Enjin has some trouble dealing with her. There are just some people that aren’t too easy to deal with after all.

The little scene with Kyousuke at the start was nice enough. It does help make clear this girl is pretty focused on the whole little sister angle. Makes me wonder as well what Kyousuke did this time to upset Tohka XD. He’s not a bad guy, but is pretty protective of his sister and can cause her some trouble. I doubt we’ll get a chance to see that reconciliation, but it did fit into the theme of the arc. Also a good reminder of his interest in Juri. May play a role in helping her out as the arc continues on. 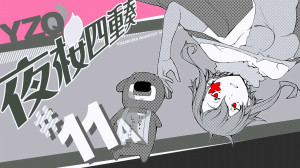 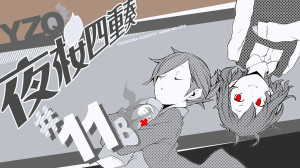 All in all not a bad episode. It starts off this little sister battle that is bound to be the focus of the next few episodes. Seems pretty likely that Hime will have to play a role in putting down this girl or at least weakening her enough so Juri can get through to her. This is a situation that Juri has in some ways run away from though in some respects that’s understandable. May be a small thing, but I would hope that they work things out. That girl is messed up, but might be a chance to get her some help and straightened out. I just hope that she keeps some personality afterwards (personally think Zakuro seriously lacks energy after she was ‘saved’).
Score: A