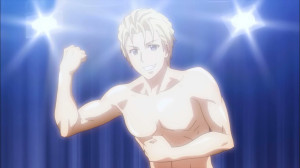 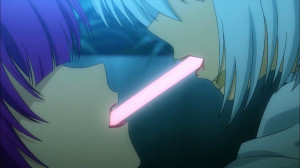 This episode was the entire roller coaster ride. I have no idea what’s going to happen next, but it’s going to remain one heck of a crazy affair from start to finish. These episodes really are packed with huge moments and this one was no exception. Hitting off pretty strong with the Banri/Linda/Kouko disaster, followed up with the huge discussion at Banri’s apartment, and finishing with this inner battle to draw a distinct line between Banri and Linda. It was pretty crazy from start to finish.

Can’t say I didn’t expect things to go bad at some point and that party lead to an extreme moment. Having fun while working is perfectly fine and probably a good thing. If Mitsuo ever sees those pictures that are bound to be in circulation that might be traumatic, but oh well. Even taking pictures with Linda was perfectly fine. Nothing wrong with taking pictures with friends after all. Now things did cross a pretty serious line near the end. Wouldn’t have been a big deal to refuse to take things any further than that. Frankly I wouldn’t be comfortable putting something in my mouth that a random person handed over. Food is another thing, but who knows where that thing has been XD. It should have been drawn as a line even more so because there’s no way feelings couldn’t be kept out of it. 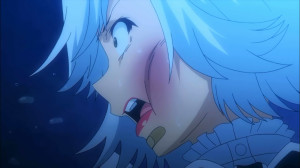 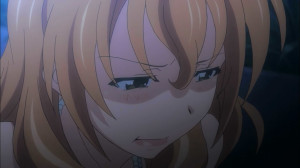 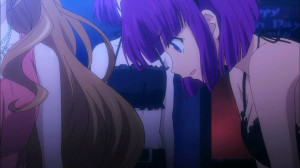 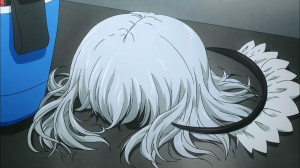 I think Linda needs to work on her reactions during a crisis. When you get caught in that kind of situation saying “it’s ok, it’s me Linda” isn’t really going to do you much good. It could have been anyone on the planet doing that with Banri and it wouldn’t have been ok. Certainly she was in a panic though so I suppose going for a logically reasoned argument wasn’t likely to happen. Still reacting like the women having involved in an affair isn’t really the best reaction to a situation. In the end not many excuses to be had there.

Both Linda and Banri were most definitely in the wrong in that situation. If a customer asked for you to strip naked or jump off a cliff they wouldn’t do that either (though to be fair Mitsuo’s costume was damn near close to being one of those things). They got caught up in the moment, but most definitely acted on the feelings that do exist there. Honestly, splashing a drink and a slap is probably the most controlled reaction you could get. Violence isn’t a good thing by any stretch though. A knock on Kouko for doing something that extreme, though I do find a hard time being too hard on her since catching someone you love in that kind of position will bring an extreme response out of most people. 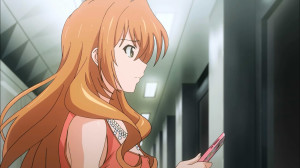 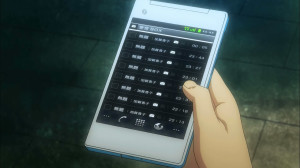 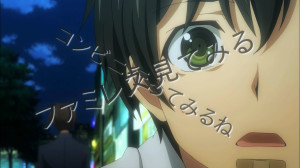 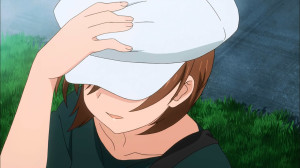 You look at that this episode and the weak points of all the characters shine through. Kouko is most definitely not a perfect person. The average person might just assume the other person had gone to sleep or something, left a few texts and gone to sleep themselves. Kouko admittedly does border on stalker at times. Sending a ton of texts and the lack of response furthering what must have been a growing panic. Was Banri’s illness back and worse? Was he ok? Dead? Kidnapped? He wasn’t at his apartment and the texts show how she went literally everywhere she could think of to try and find him. From family restaurants they’ve eaten at, to campus, leading to the final destination. That place where Nana had performed before. Not sure if she expected to find him there. Maybe thought since Nana wasn’t at her apartment she might be there and she could say if she’d seen Banri or not. An extreme response, but one by a person who has admitted her weak points and is struggling with them. I can give credit to someone who is trying and does fail at times.

Banri definitely had his lies come back to haunt him here. He kept too much hidden and when it blew up it made everything look even worse. It’s easy to lie and for no good reason at all. No one is perfect and that’s a flaw I’m sure plenty have. But even still it’s a flaw that caused even more trouble. It might have been easier to just keep the feelings for Linda hidden and try to keep burying them under the present, eventually getting lost and faded. But he did that and didn’t talk about their past together even though he had reason to suspect Kouko had that picture, all sorts of things piled up until we had disaster mode. Still, when pressed Banri finally came clean and about more than I thought he would. Certainly some of it isn’t what Kouko wanted to hear, but it’s something that was good for her to hear because it does give them a more clean base to work from.

Already said, but yeah Linda is in a tough spot here. She’s not a bad person by any stretch and it’s understandable how conflicted she is. She knows this Banri isn’t exactly the guy she knew. She has the guilt hanging overhead, she most likely has regrets since if she didn’t outright love Banri in the past upon reflection she probably came to love him (or by that time the memory). She doesn’t want to destroy a relationship that has been created here. But at the same time she sticks close to Banri, closer than she probably should considering her feelings. Trying to be the good person, but struggling with actually doing that. Kind of strange that I think to that flashback and the girl who married her brother. It’s not really the same, but it’s an odd connection. In a different position Linda could easily slip into being “the cheater,” something she obviously wouldn’t want to be. I’m curious to see how things develop through the series with her character. 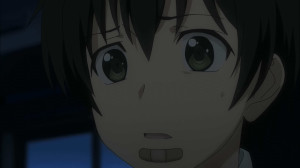 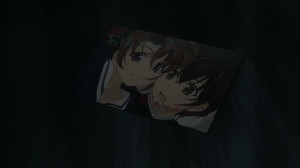 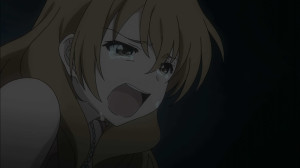 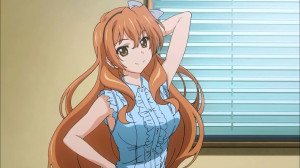 Going from that character examination, I’ll just turn back to the episode itself XD. The chat in the apartment was pretty dramatic. All of the flaws and good points of these characters came out clearly. Kouko was in an extreme enough state that she just knelt there, alone in the dark with that photo. Who knows what was going through her mind. Not only were her fears there, but also her regrets for acting the way she did and her self-hatred for her negative qualities.

That chat just had crazy apologies, reflections and declarations. Kouko was just as upset at herself than anyone. I think Banri also felt how his decisions had brought Kouko to this point. Not only what it directly caused, but the consequences of Kouko struggling with herself. Kind of hard for her to tell herself that things she does are wrong and try to change when the reality is worse than what she could have imagined! Telling Banri to not remember anything else probably isn’t the right approach. But I’m not surprised Kouko can’t grasp the right approach yet. Her confidence is shaky and she’s extremely uneasy. She may be ok with dealing with Banri’s past as it comes up, but only after she’s had time to build up something with him.

Really when you think about it the unease is natural. The feelings for Linda come from an entire childhood and has history behind it. These two just met and just got together. Their experiences consist of less than a year in a club, a cult kidnapping, a short friendship, running him over with a bike, etc. While the feelings are strong, there isn’t a lot of time and experience built up yet. Still, they have made some good strides. Moving to first names is fine and taking pictures is a good way to give them something physical. May be just a picture, but everything has to start somewhere. 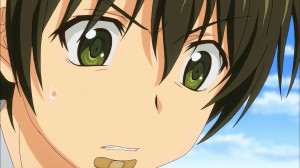 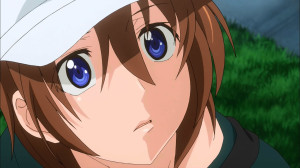 I think Banri either needs a psychiatrist or an exorcist. This literal battle he’s having with past Banri in his mind will drive him nuts. Honestly Ghost Banri still pisses me off. He’s so damn whiny and creepy. I get he’s in love with Linda. Probably half driven mad by the fact that current Banri barely interacted with her for the past year. Heck probably driven nuts by being in isolation for the past year. Honestly though his responses and desperation feels like a pet trying to return to its owner than a lover trying to reunite with a lost love. I feel for Banri having to contend with this guy’s intense emotions all the time.

Honestly I don’t think things can smoothly proceed from here. Linda is trying to play the good person. Ripping up the photo for Banri, accepting his desire to draw a line and pretend the past doesn’t exist. It’s why he left home and went to school there in the first place. But running and ignoring the past will only cause them trouble. Something will snap and they might do something stupid because they were suppressing it rather than working through it. But people make mistakes and this roller coaster ride isn’t done yet. 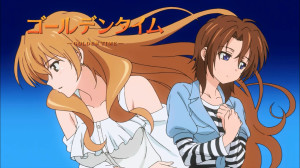 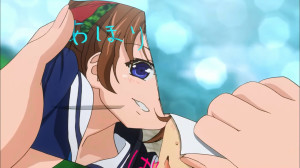 This episode was pretty tough, but it was a good one. We got some good insights and development for the main characters. The story of Banri and Kouko continue as both try to grow and become stronger through this relationship. Hopefully things work out for them in the long run.
Score: A