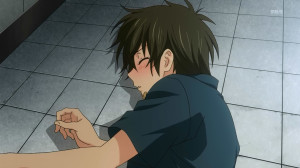 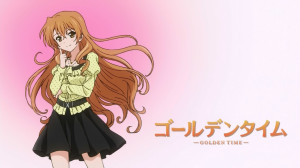 Well I think we can hold off the GhostBusters this week. Will also say that I should be able to start catching up on everything so a steady stream of updates should be starting now. As to this episode it actually went pretty well. Glad things didn’t go nearly as poorly as I thought they might after the scare they gave last week. 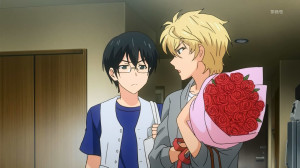 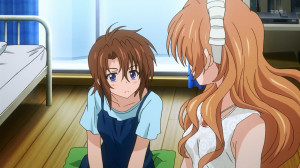 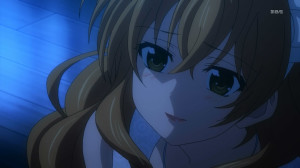 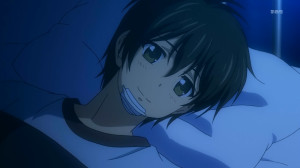 I have to say despite what people might say about Kouko she’s really continued to develop nicely. Not like she’s become a perfect person, but she’s trying not to be the same overreacting person she was before. She did ask Mitsuo and 2D to go along with her just to make sure she didn’t do anything horrible. Kouko realizes how she can react and at least took precautions. I’m sure she was extremely panicked about Linda taking care of Banri realizing that there is some past connection there. Still she managed to keep mostly in control of herself and did reflect the concern she had about Banri’s well being. It’s a good step forward for her.

I can’t even get too much on Banri in this case because he’s seriously dealing with something outside his control. While I think he liked Linda from their recent introductions, the intensity of these new feelings aren’t really something the current Banri has developed. It’s something pretty random that’s been dropped on him and he’s trying to deal with it. The pressure was so heavy that he did need Kouko to appear just to help steady himself from being completely swept up in them.

The conversation that evening was a nice one for both characters. Kouko was pretty honest about her distress though never admitted to taking that picture and Banri is still struggling with the duality that’s now inside of him. But still they had a good moment and this sort of open conversation is good for them. Things would only get worse from carrying everything and never letting it out. In the end Kouko stayed with Banri and looked after him putting everything else on the back burner. Here’s hoping that beach trip promise comes through. So much is uncertain right now, but I’d hope for the best. 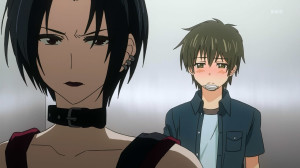 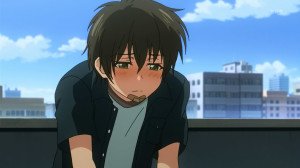 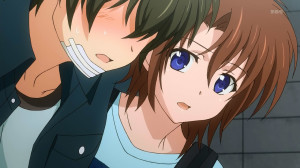 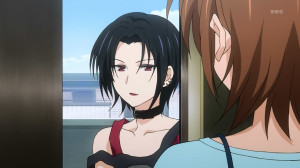 The rest of the episode was pretty good. Despite how rough she can be Nana really is a good person at heart. Not everyone would personally take someone to a hospital to get them looked at and then help take them back to their place. While I’m sure most wouldn’t prefer to leave someone dying on their doorstep she did go above and beyond. Did put up with Banri’s deliriousness as well despite the fact that he was getting pretty annoying. Definitely someone you can turn to as long as you don’t mind a bit of gruffness.

A good scene as well with Linda. She’s dealing with a lot especially with how mixed up Banri is right now. But she kept things on the level and I’m sure she won’t be the person who does anything to mess around with the status quo. She can certainly see how Kouko feels and is respecting that. After what happened with her brother I can’t imagine she’d like to be the girl who got into someone’s relationship. A good person who is trying to do the right thing despite how tough this whole thing must be on her. 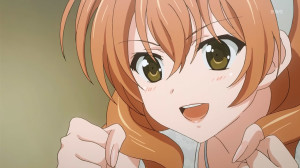 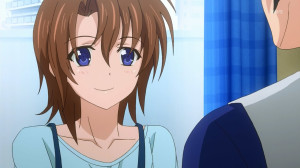 Overall I’d say this was a much better episode than I expected it to be. Things continuing to progress though there is no telling how Banri is going to develop from here on out. At the very least it doesn’t appear that the current Banri will be instantly taken over and vanish which is certainly a relief.
Score: A-