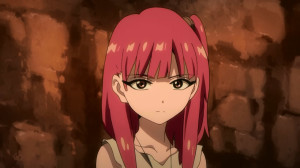 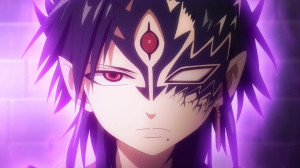 Well not too much surprised me in this episode since I somewhat expected a lot of this to happen. At the same time it was still done pretty well and the ending was a bit surprising in how everything worked out. Going to be the hardest test to this point with Hakuryuu completely falling for the brainwashing. Going to be difficult and I can’t wait to see how Alibaba and company fare.

The action portions weren’t that bad and the pirates put up surprising resistance. At least until Morgiana went all god mode on them and started beating the crap otu of those guys. You can only take things so far until Morgiana puts you in your place XD. Just a great person to have in a fight and always an entertaining character. Was interesting that the group could combine their magical tools to increase their firepower. That warning from Sinbad was definitely on point. Can’t afford to underestimate people like that especially when they are so desperate. 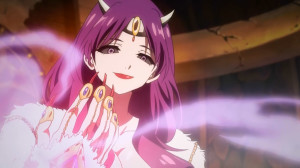 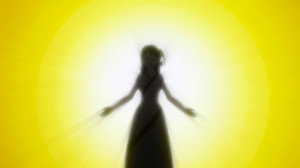 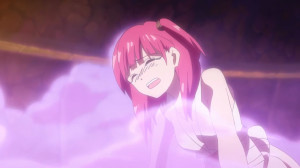 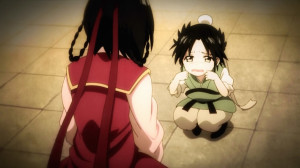 I suppose it only makes sense that Hakuryuu was the one to seriously fall under that mind control. When they were struggling I figured he would either be the one to not be affected at all or the one to be most affected. His past is really full of trauma, though that’s hardly unlike most of the other main characters. I suppose what really differentiates him is that his current lifestyle and plans are all centered around avenging that family. It’s very close to his current condition and something he can’t just not think about.

Aladdin and Morgiana really don’t know much about their mothers. It can be a lure to have something that can fill that gap, but at the same time it’s hard to lock someone down that way. Morgiana and Aladdin have gained things aside from family. They have powerful bonds with people right now that mean the world to them. Alibaba certainly remembers his mother, but her loss is something he’s been able to come to grips with. It’s a painful loss, but it doesn’t define him. He was handling the mind control the best aside from Aladdin. He realized it was a fake and struggled with it. And as we saw it’s not like his mother is the controlling force in his life. He is living his own life and working to do what he can.

But it’s really no wonder that all these kids have been sucked into this thing. They experience the trauma of being kidnapped from their homes and naturally miss their mothers. Even if they lost them as children that loss could be taken advantage of. The fact that this power works stronger on children now confirms why this pirate group is the way it is. The power and control she has over these kids is absolute and makes it incredibly hard for them to think rationally. 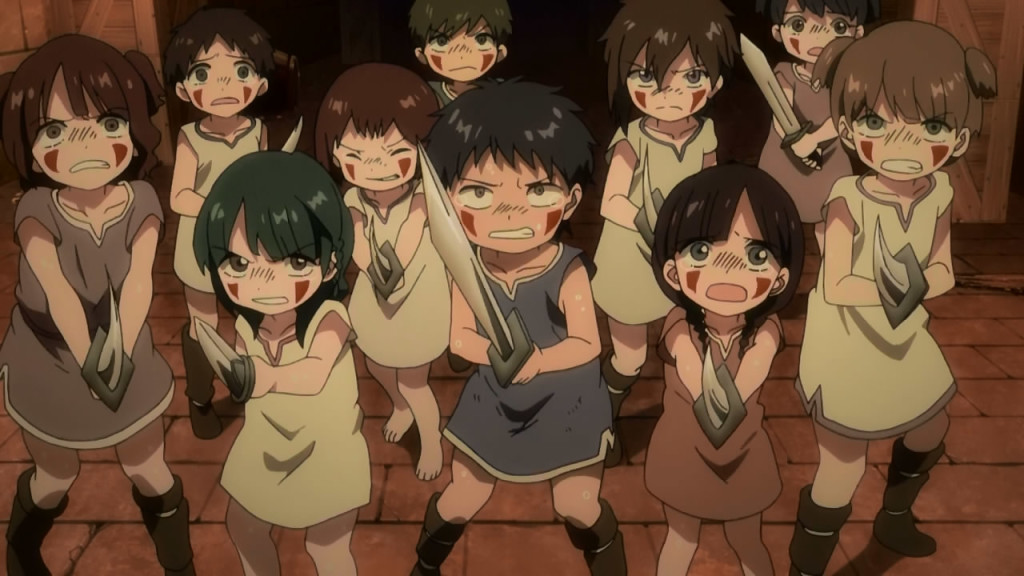 As I expected it was a real hard thing to actually get to Aladdin. Hard to fight when wave after wave of small children are coming at you with knives. Especially when you don’t understand why they are so determined to protect this woman. It’s just tragic. Of course Hakuryuu didn’t have problem knocking them around XD. Certainly it’s true their sins won’t disappear because they were manipulated. Their actions will carry with them and emotionally that’s something they have to carry. Just like how Morgiana has to live with her actions even though she was a slave and didn’t have the will to break free.

Now we reach a showdown between Hakuryuu and the others. It’s going to be all the more dangerous since he can do a full djinn equip. That joking between him and Alibaba on the ship reaching frightening consequences. It’s going to be hell for Alibaba, Aladdin, and Morgiana to match up against him since it doesn’t appear like this mindcontrol rots away your skills. The only way to save him is to beat him. Though I wonder how things will be between the group after they stop him. Hakuryuu was the one who talked about the kids actions being wrong no matter what was causing them. Thus his actions here will be wrong despite the fact that he was controlled. 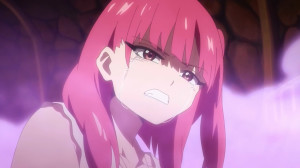 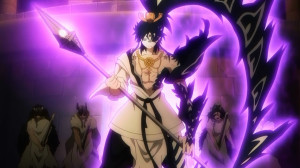 Overall I enjoyed the episode. It had a good amount of action, but also forced all the main characters to face themselves. A good look into their minds and a message that the main three certainly have matured beyond their years. They had no choice but to grow up considering what they’ve been through. Looking forward to next week where the action should really step up.
Score: A