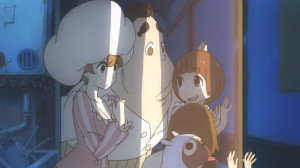 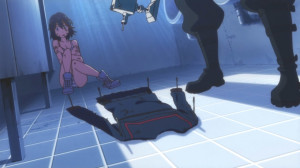 “Let me tell you two pieces of useful information.”One, this episode was pretty good, a clear step up from last week. Two, prepare to meet the series’ newest badass.

Isn’t it great when you get a truly interesting and quirky character? Its even more so impressive that a character is able to stand out in this show, where nearly everyone is totally out there.

This was a pretty solid episode from Kill la Kill, and a big step up from what we saw last week. The thing that really made this episode, and the new character introduced sing, was it all of it was presented in the unique brand of humor and crazy that defines this show. 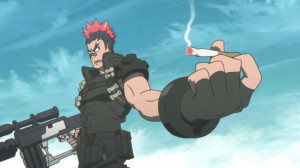 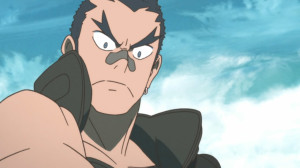 The new character and major focus of this episode was Tsumugu Kinagase. Kinagase was extremely badass, and a great call back to classic action heroes from Hollywood action moves. I really liked how he used his catch phrase: “Let me tell you two pieces of useful information” in interesting and creative ways. There’s often a danger of a character repeating a phrase too much and sounding really annoying, but it worked really well here.

I will say though, that the translation from the Crunchyroll translator isn’t exactly correct, as the more literal translation would be: “Let me tell you something good.” but I think the translation chosen works better in this case because of the “two things” that follow afterwards.

The episode itself felt like another side story this week, but a really good side story. The focus was on Kinagase trying to remove Ryuuko’s clothes from her, more specifically Senketsu.

The interesting thing, beyond the big battle between Ryuuko and Kinagase, was the fact that we were shown another interesting tidbit about the Kamui, and that was what happened when a user wasn’t strong enough to wear one. 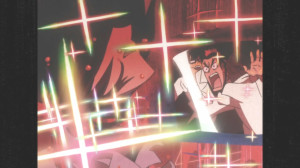 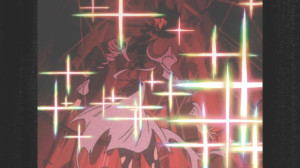 Kinagase’s past seems like a tragic one. It seemed the woman he loved ended up being controlled by her Kamui and going berserk. Its also quite obvious that Kinagase was saved from that situation by our own stripper sensei. Seems that the both of them are part of a group called “Nudist Beach” (oh Kill la Kill… you cheeky show you! XD). 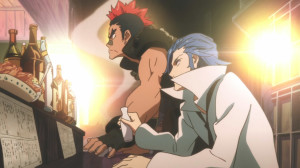 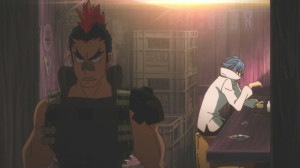 Despite a request from someone who he owed a big debt, Kinagase still went after Ryuuko and thoroughly dominated both her and anything else that Satsuki’s lackies threw at him. 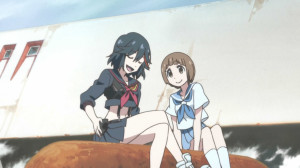 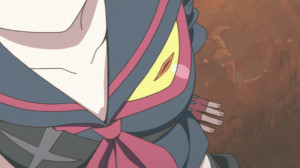 I’ve often mentioned that I really like Senketsu, Ryuuko’s sailor uniform and Kamui  as a character, and that hasn’t changed. Some of the most funny parts of this episode were when Ryuuko and Senketsu interacted, and when he commented on both her body and her new found cockyness.

In many ways, this encounter with Kinagase was a bit of a humbling experience for Ryuuko, who had gotten pretty darn confident in her strength. 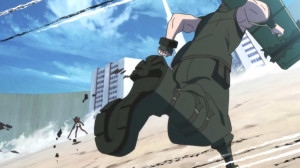 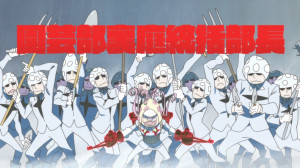 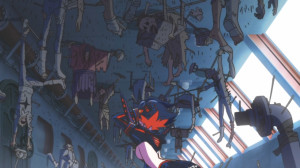 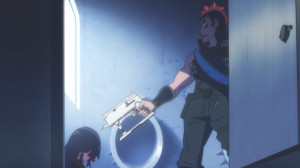 The battle with Kinagase was the same glorious action we’ve come to expect from the series. It was pretty much a three-way battle-royale between Ryuuko, Kinagase and The Non-Athletic clubs!

Man, Kinagase was exceedingly amazing to see at work, as he pretty much owned Ryuuko twice, and then went on to take down everyone that came at him. 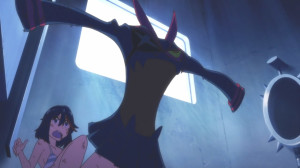 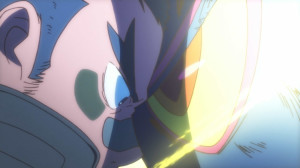 It was touching (cute?) though, to see Senketsu not only care for Ryuuko and try to protect her, but to also pretty much communicate his feelings and win Kinagase over as well. 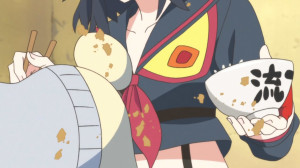 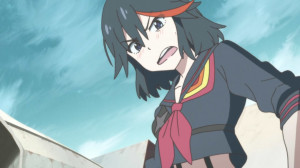 The relationship between Ryuuko and Senketsu is a pretty unique one, and adds some emotion and heart into a pretty crass, crazy and action heavy series. It also provides some of the series best comedy as well XD

And while Senketsu and Ryuuko were able to come out of their encounter with Kinagase with a sense that they need to get better, not all things are as rosy for Kinagase himself. 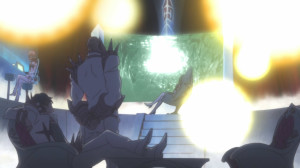 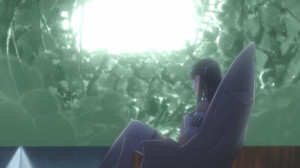 His battle with Ryuuko was monitored, and apparently Satsuki used this as an opportunity to get data on his fighting style in order to take him down at a later date. Will even the badass Kinagase be able to take on a fully prepared Satsuki? That’s the question. Maybe his sparing and helping Ryuuko will actually be the thing that saves him in the end. 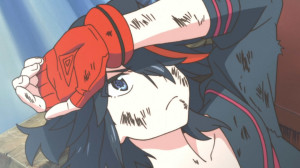 All in all, not a bad episode. I will say that the series still feels like it has lost a bit of steam, but this episode was still pretty enjoyable, and mostly because of Kinagase and Senketsu. If Kill la Kill can keep throwing interesting characters like this, keep the action going, and continue to develop the rather outlandish life fibers story, then I’d say its a recipe for success. 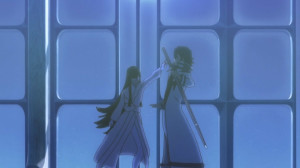 Next week we’ll see the head of the Athletics Clubs take on Ryuuko, and possibly his relationship with Satsuki?