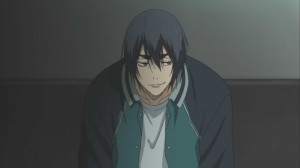 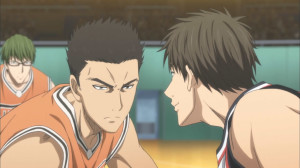 The first big confrontation is upon us, Seirin vs Shutoku. Of course, nearly half the episode was used on setup for this big confrontation, as well as the introduction of yet another new player. Its also getting pretty apparent that we might not even get to the Winter Cup this season, since so much care is being put into building up the preliminaries themselves. 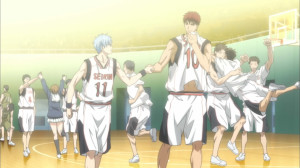 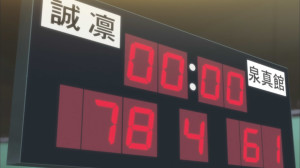 The first match that Seirin played this episode was another one of those “look how much stronger Seirin is now!” matches. It was pretty forgettable, and the honestly there’s a question of what the point of showing that whole thing was. I mean, we’re pretty aware of how powerful Seirin’s become, that’s what all of last episode was about too. 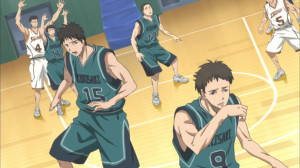 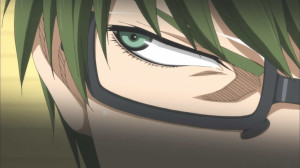 The only real purpose that I could see from that match, was actually talking about the parallel match  between Shutoku and Suginami. Suginami is the new player on the block, and another major opponent that I’d argue has been created for Seirin. 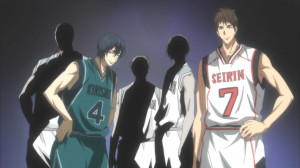 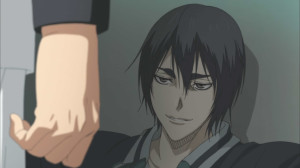 We already heard about Kiyoshi Teppei’s group of middle school athelets, the ones that were able to go toe to toe with The Generation of Miracles, and this week we’re introduced to another member of that group of the “Uncrowned Kings” Hanamiya Makoto (voiced by the famous Jun Fukuyama).

Hanamiya Makoto is an interesting dude, a strategist much in the same vein as probably the captain of the Generaiton of Miracles. He’s also being setup as a dark character, and its not surprising that we see him in the OP of the series right next to Atsushi and Jin. Can’t have morethan enough antagonists I suppose, and with Jun Fukuyama lending his talents, I’m sure this will be a pretty memorable character to look out for. 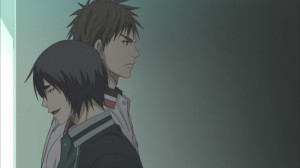 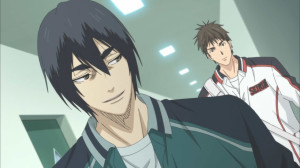 Another interesting tidbit of information that comes out of this introduction and the meeting between Teppei and Makoto, is the fact that Teppei still seems to be injured. I’m sure this little thing will come back to bite Seirin later, as Teppei is an absolutely essential part of the team.

The real show got underway, however, when Seirin and Shotoku faced off. Since the bulk of the episode had already gone by, we only got to see the start of the match. 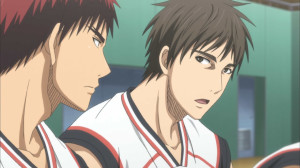 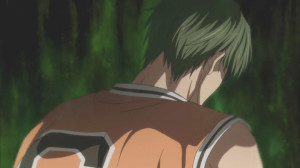 Worth noting is the fact that Shotoku has once lost to Seirin, and hence they’re treating themselves as the underdog this time. As quite a few members of Seirin notice, that’s actually quite a dangerous form for Shotoku to be in. 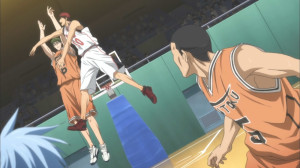 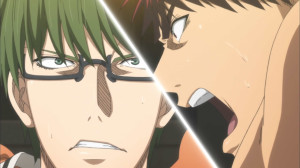 As the match starts off, its pretty obvious that Kagami could easily take on shooter Midorima, and block his insane 3-point shoots. Midorima, however, has a plan to deal with Kagami and its not what anyone has expected. Instead of developing some more outrageous technique, Midorima has worked on his stamina and endurance, making sure that he can shoot even more of his insane 3-point throws from afar. 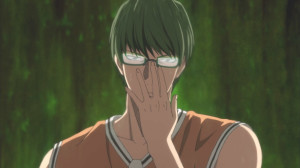 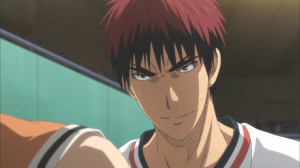 His big plan is took out endure Kagami, and once Kagami can’t jump anymore, then win the match. Its a ballsy tactic, and not one that I expected to see coming. It makes things more interesting, as Kagami has had the issue of overexerting himself in the past.

And of course, there might be more to this strategy than meets the eye, as main man Kuroko is observing that Midorima is acting differently than he does normally. 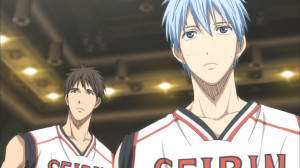 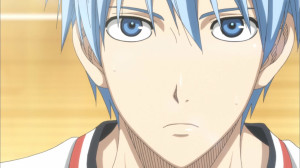 In the end, the first big match is finally underway, and it feels like its time to get really excited about Kuroko no Basuke again. The one thing that is actually kind of worrying me now, is how much of a focus the show is putting on building this Generation of Miracles, Uncrowned Kings stuff. Yes, its interesting and it adds some context and sense of history to the story, but I think the actual Basketball should be the focus, not this extra stuff.

We’re 4 episodes in, and even now a lot of the basketball is being shafted in favor of setup, and its starting to detract from the basketball, which should be the main focus of this series. 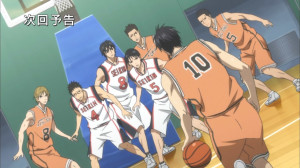 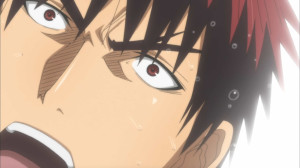