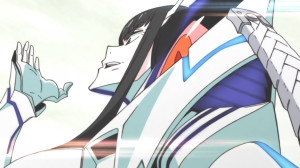 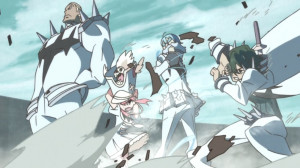 “I finally get it now. I need to get naked.” Only in a show like Kill la kill will lines like that sound exceedingly badass, to the point of hilarity.

We’re at episode 3 now, and I admit, the series is starting to show strains from the way its been turning nearly everything up to 11. Don’t get me wrong, this was a strong episode for sure, but it almost felt like an ending episode in and of itself. 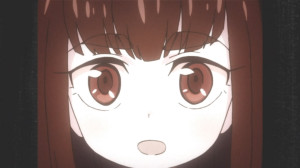 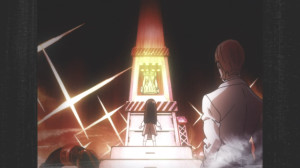 The focus this week was on Satsuki, as she too donned her Kamui. It was interesting to see Satsuki’s high and mighty ego take center stage as she simply couldn’t accept that Ryuuko had beaten her to wearing a Kamui. 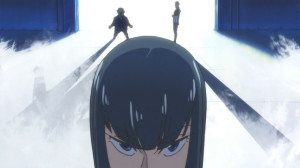 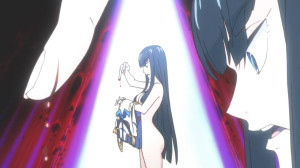 We got some background information about the Kamui this week, and about the thing that forms the backbone of this world. All the uniforms, including the Kamui are created from Life fibers. While the percentage varies, whats important is that the Kamui is completely composed of Life fibers. 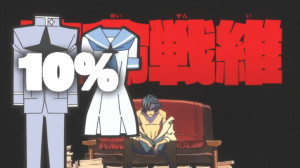 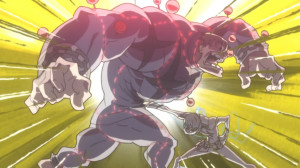 Interestingly, normal people can’t create a uniform with even 50% life fiber composition. Doing so causes the host or wearer to go berserk. 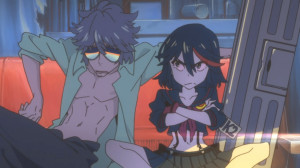 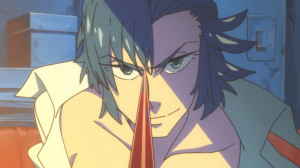 As our dear stripping teacher reveals (less flamboyant in his stripping this episode XD), only the Kiryuin clan and Ryuuko’s father Motoi know the secret to fully using these life fibers. Seems pretty standard that the Kiryuin clan would take out Motoi if he was the only thing standing between them and world domination.

That said, while all this information was well and good, the thing that really stole the show this episode was the battle between Ryuuko and Satsuki, both fully wearing their uniforms. 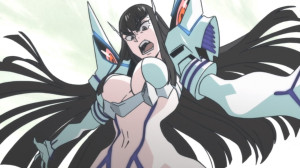 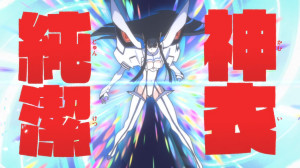 It was interesting to note that Satsuki threw away her embarrassment and shame much sooner than Ryuuko because she’s so driven. Only in anime, and in this show in particular, can the Japanese notions of commitment, drive and willpower be equated to being able to show off as much skin as possible XD 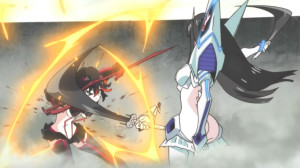 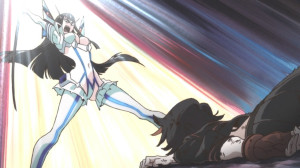 Of course, Ryuuko ends up realizing that she has to stop rejecting the exhibitionist nature of her power suit (wait what?), and look at wearing Senketsu as wearing a new skin and being naked.

I will continue to say that I like Senketsu as a character, as his calm and helpful explanations to Ryuuko are both interesting and likable. There’s something to be said about a talking Sailor Uniform that’s both your partner and cares for you. 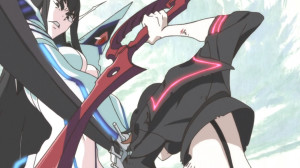 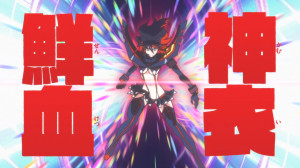 Luckily for the both of them, Ryuuko and Senketsu work out their kinks (with a little help from crazy old Mako-chan XD) and are able to finally match Satsuki blow for blow. 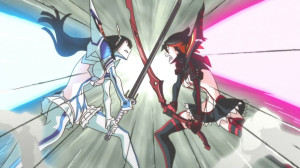 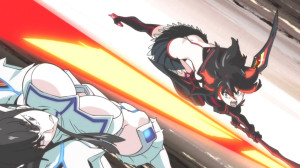 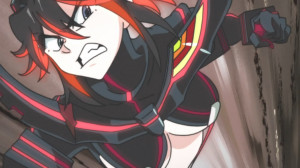 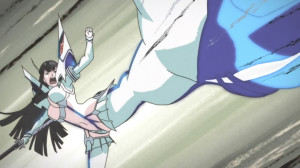 The battle was truly glorious. We got some of the best action from this series yet, and while it couldn’t break another barrier of epic, the fight just looked darn smooth, silky and well animated.

Its at this point, however, that I feel the series kind of loses some steam. Instead of you know, concluding the battle, Satsuki decides to let Ryuuko work her way through all the students and therefore her lackeys before she faces her AGAIN. 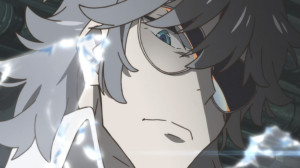 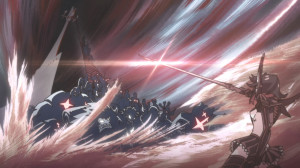 I don’t doubt that there’s some plan in the works, and stripper sensei is wondering about that as well. My best guess? I imagine that whenever Ryuuko defeats another student, she absorbs their life fiber and grows stronger. I’m assuming Satsuki wants Ryuuko to power up before she takes her down and steals all that power for herself.

Its still worth wondering what Satsuki’s goal or ambition is. She already kind of rules Honou Academy, so that’s probably not it. 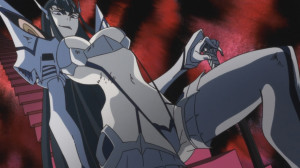 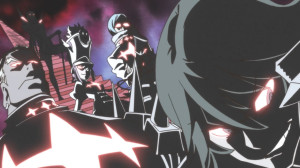 That said, we’re back where we started at episode 1 now. Ryuuko has to go and defeat all the mini-bosses before she can take on Satsuki.

I expect that that’s about all the plot development and world building we’ll get from this series for a while, and the rest of the episodes are going to focus on more random stuff alongside a battle of the week kind of format.

Nothing wrong with that, but Kill la kill is running out of ways to top itself each week. I worry that pretty soon this pattern will get repetitive and tiresome.

I’m curious to see where this series goes from here, as it really remains to be seen if Kill la kill can consistently deliver for another 21 weeks or so. 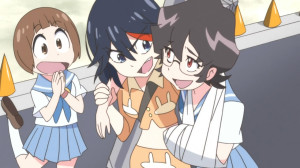 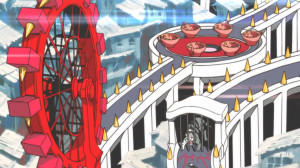 Seems like we get a new supporting character introduced next week, plus a trip to some crazy amusement park? O_o