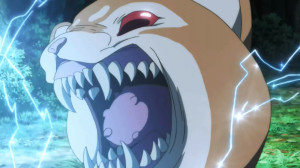 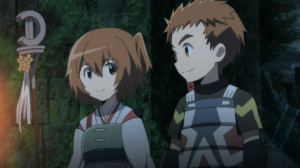 It is always hard to avoid comparisons when you are diving into a similar kind of story. Log Horizon is just going to be haunted by Sword Art Online even though .Hack pretty much did that kind of setting even before SAO so it wasn’t a wholly original series either. But at this time SAO just owns the “trapped in a video game” scene and that kind of thing will just have to be taken into consideration. At the same time I don’t feel like Log Horizon is trying to beat SAO at its own game, which is good since it would fail horribly at that XD. It feels like the series is going more for comedy and kind of having fun with the idea of people going from their real lives to living inside a game world.

The first episode kind of showed how it’s not going to be that serious of a show though I suppose it could be serious if people die and vanish when killed in that world. Akatsuki is a good example of the tone they are going for. Her situation was treated in a pretty comical fashion, getting trapped in a guy’s body and needing that potion to switch back to normal. On top of that she beat the stuffing out of Naotsugu and being fawned over by the guild master they ran into. Though her situation was one where you could appreciate the dilemma. For a lot of people playing a game as a different gender is perfectly alright. It’s a role playing game so changing things up is something you can’t really do in real life…well not without surgeries and a lot of consequences. In this game we might run into a lot of girls with deep voices and a lot of guys with female voices. There can’t be that many potions that swap genders around so some people are going to have to get used to it. Getting back to Akatsuki she’s completely into her role in that world and isn’t really responding like a normal person who’s trapped in a game. But if the series wants to focus on comedy I think it could work alright. 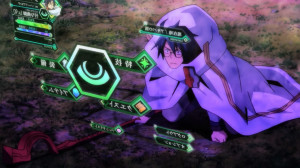 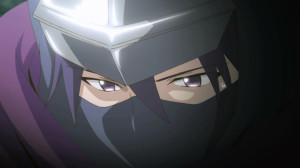 There’s a lot of mystery in this series after the first episode. We still don’t really know what’s going on or how this happened. The series of events if pretty clear, but with a lot of gaps. A new expansion for a major MMO came out. Nothing strange there since World of Warcraft does that kind of thing all the time. Now one can assume most of the people here picked up that expansion and intended to play it. The weird thing is how they got stuck in this game. We can see from their reactions that this isn’t an SAO setup with virtual reality, it’s likely a much more modern style of MMO that you play with a computer and monitor. So how people went from playing a game to actually being in a game is a complete mystery. Whether we will ever find out is beyond me.

As to the tone of the first itself calm is pretty much the way to describe it. I mean yeah you do have a lot of people upset, but the main character Shiroe is pretty calm during all of this. Obviously he’s not completely relaxed, but he kind of takes it at a “one step at a time” kind of pace. Though I suppose this might be how things could go. Without any major event to spark panic everyone is just trying to deal with the situation. Try to log out, bother NPCs, meet up with people they know, etc. It’s still mostly in the confusion stage as everyone tries to understand what is going on. Most of the episode is just the main character meeting up with acquaintances and figuring out how the systems work here. 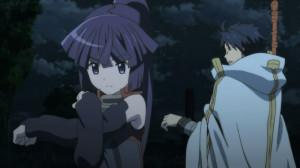 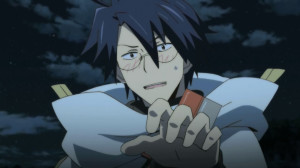 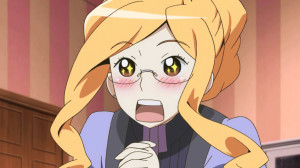 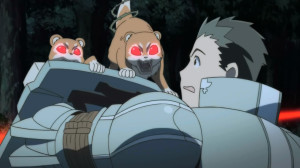 A good part of the episode is just getting used to the new way of fighting and realizing that eating is most definitely not going to be a fun thing XD. They can taste, feel some level of pain, and touch things but everything just tastes bland. It does show how everyone will have to adapt and become more flexible in how they fight. Instead of the normal use of status screens and hot keys that you would use in a normal game they have to get used to being their characters. The more natural it feels to them the easier it will be to deal with encounters.

On a gaming aspect there were some things that felt strange to me. One was the fact that the main cast was taking any damage at all during their test fight. I mean they were fighting enemies 60 levels below them. They shouldn’t have been taking much damage at all, but after that short skirmish the front line fighters had lost almost a quarter of their health. That’s not huge, but it’s not nearly as little as they should have taken. Of course that new expansion makes everything uncertain and who knows maybe this game had a much more brutal damage level. Or maybe it was just a presentation issue and everything will make more sense going forward. 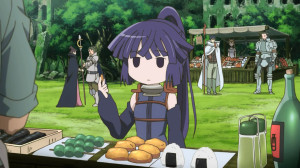 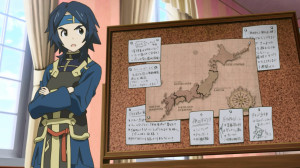 Anyways I think this series had a decent start, but just not a great one. Seems like it will have some decent laughs and aside from Naotsugu the other main characters seem pretty likable. It might not look too sharp though as a few scenes just seemed on the cheap side. Probably won’t cover this past the first episode, but wanted to give some thoughts on it.
Score: B-