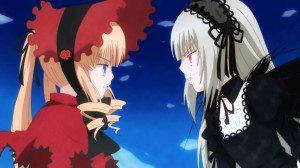 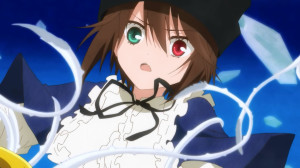 So we slowly move towards the end of this series, but the episodes continue to deliver strong content along the way. I know I’m going to miss this series, but I’m still looking forward to seeing just how it all turns out. The tactical danger seems to have passed with Kirakishou getting brutally destroyed by rejection, but there are still a lot of issues still hanging overhead.

I really can’t blame Souseiseki from telling that first little lie to Suiseiseki. They had a job to do and she knew her twin would cause all sorts of trouble and not have her head in the game if she knew the truth. For that moment the important thing was getting the clock moving and putting everything where it was supposed to be. Even if it’s only temporary I’m sure she wanted to do the right thing for her new master here and make sure things were going to be alright. Regardless I have to say Souseiseki has real guts. Even though it meant making a deal to give her Rosa Mystica right back up she still made the choice that would allow things to work out for everyone else. Not many could make that kind of call and stand so strong when considering the situation. 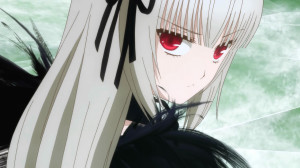 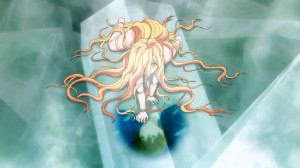 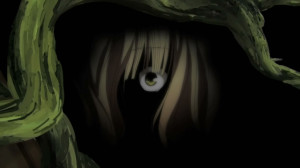 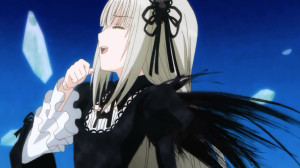 I think it’s pretty easy to be hard on Suigintou and resent her for being so stubborn during this episode. She doesn’t make it easy to like her sometimes. Yet, I can’t be hard on someone that is simply playing the game they have been thrown into. Suigintou didn’t start the Alice Game here. Their creator started this and she is just following the script. The goal is to gather all the Rosa Mystica and become Alice and damn everyone else if they are going to try and stop her. Of course it does mean taking down all her sisters which isn’t going to make her a very popular character. It’s not a good personality if you want to keep everything peaceful, but I can understand that she’s incredibly driven towards that goal.

Kirakishou also had a dynamic going on with her. By the end you could certainly pity her as she was constantly being rejected. Offering everything she thought Jun wanted and certainly what Jun wanted before all this happened. But at the same time she was still thrown away and for someone who had to have such a fragile mind that was probably too much to bear. She was the one sister without a body and when she finally had it all everything was quickly ripped away from her. I can’t feel that sorry for her since she did a lot of terrible things, but can certainly share a bit of sympathy.

Though in the end I’m all for the decisions made here. Kirakishou needed to be stopped and she was too dangerous to leave alone. We didn’t spot a Rosa Mystica floating around so she might still be alive, but she’s not in a good state at the very least. Plus she would have stolen everyone’s body and turned all the masters into fertilizers. Just a dangerous and completely broken existence. Can feel some sympathy, but she definitely needed to go. 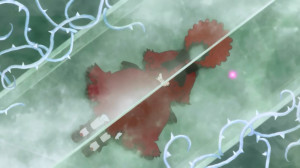 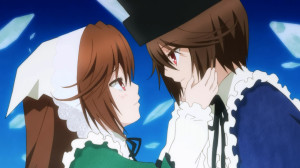 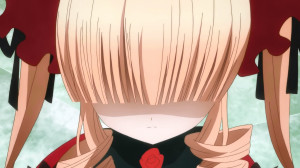 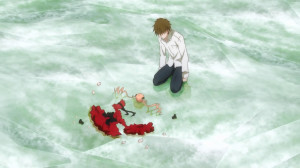 And yeah the whole minor thing of Shinku falling apart! That was pretty intense and unsettling. Of course it makes sense that Shinku was out of time and now we have that situation to deal with. Luckily the younger Jun has recovered Shinku’s body so if he can hurry the heck up with Kanaria then maybe things will work out fine. At least it did a good job shaking everyone up including older Jun.

Seeing the combination of Souseiseki and Suiseiseki was pretty spectacular. Those two really are a great combination and I respect their skills. They really accomplished a lot there and helped get everything moving again. The two paths are about to go their separate ways, but at least it looks like things will work out. A nice statement from Jun that the play really was the most important thing. This is something he really sunk himself into and it means something. He doesn’t want to lose what happened here and wants to make his own future, that’s not a bad stance to take. 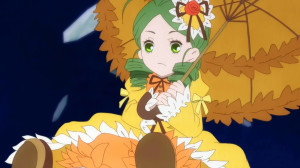 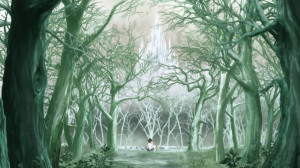 So this episode had a lot of good moments and I can’t wait for the next one. Lot of questions such as what’s going to happen with Suiseiseki, Souseiseki, and Suigintou. How things will turn out for Shinku and of course whether Jun is going to actually start going out with Saito XD. Lot of things to look forward to.
Score: A