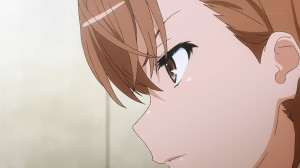 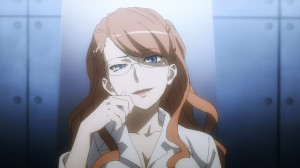 Well looks like everything comes full circle eventually. Kind of fitting that this episode ends by showing off the villain that they left off with last season. I somewhat thank the preview though since I also forgot who the heck she was XD. The voice was familiar but frankly she didn’t leave much impact. All I remember really was that she gave Mikoto a good reason to nail her with a Railgun blast. Well ok I kind of remember the plot for that arc, but really that’s all it was there for XD.

This was just a chance for Mikoto to continue her character development and make different choices. This arc has a lot of similarities to the Sisters arc despite being seemingly less unsettling. Mikoto had another chance to just go rogue here and try to settle everything by herself. Instead she’s now using the contacts she has and relying on her friends to reach a better solution than the one she might get to alone. 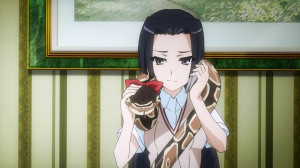 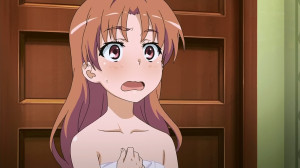 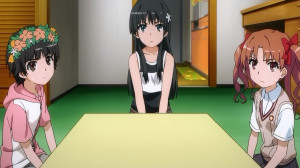 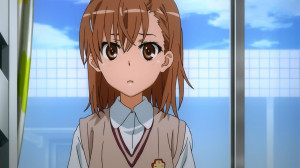 Some might say that Mikoto should have already learned her lesson. Touma came in and helped save her and she relied on the Sisters to help stop Accelerator. But it’s not easy for people to break habits. It’s hard to just say “ok I’m going to just tell my friends everything and pull them into danger.” That’s just not easy to do and it’s understandable that Mikoto tried to go it alone at the beginning. The important thing is that she decided to confide in others and at least has a better chance now of saving Febri and stopping this plot.

I do like how the series just uses these characters we might forget about otherwise. Kongou making the first call to help shake up Mikoto from her usual train of thought and Kuroko giving her a bit of a flashback. Maybe it was a bit too obvious, but I like how Mikoto could see her own actions in what Kongou was saying. Friends aren’t going to be happy when you just go solo like that and leave them out. Both because they are worried about you and upset that they couldn’t do anything to help. That along with Kuroko helped get Mikoto to avoid making another terrible mistake. That expression remained the same and this time Mikoto couldn’t just turn away from it. She can’t just count on people forcefully getting into her business like Touma did. Sometimes you need to confide in others.

Naturally the group just accepts this insane situation. Though to be fair they’ve already been through some dangerous stuff and so probably are a bit more able to take in the abnormal. I’d have thought Kuroko and Uiharu would be more unsettled about the upper levels of this city running things behind the scenes, but maybe they are just more focused on the task at hand here. 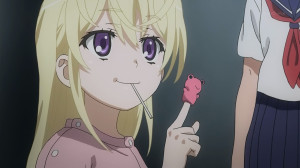 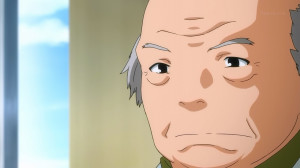 The key anyways is that Febri is artificial. No surprise of course since with this being right after the Sisters arc and everything you figured this would be the reveal. We still don’t know why she and her ‘sister’ were made, but it can’t be for anything fun. It’s unsettling what people will do for their goals, but there you have it. Another life created just to be used in some stupid experiment.

The time limit is harsher than I thought. Febri must be gorging to be running low on candy already. Makes you wonder why her body is creating that poison naturally. Is it a side effect of what they need to use these girls for or is it simply a form of control? We might find out later and now we can only hope that at the end they can find a way to either reproduce those candies or change Febri’s body chemistry so she doesn’t create the poison those candies counter. It would be unsettling to see a nice kid like that die because of her own body.

Also have to say that doctor really is a mystery character. Was able to figure out quite a bit about Febri and on top of it all just happens to have contacts in the underworld of Academy City. Or at least enough pull to get Mikoto a meeting with a major criminal being held by the city. Not a bad guy though considering he is helping out. 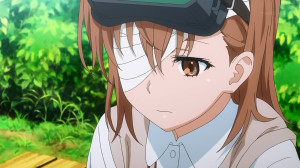 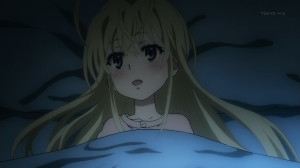 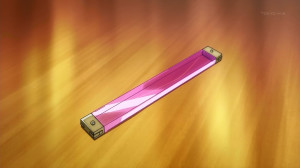 It was nice to see MISAKA again and get some of that classic comedy. She really does show off some funny jealousy that Febri was getting more attention and visits than her. It did let us know they have another Febri like person and that Testament might have been used for Febri’s education. Is her knowledge of Mikoto a hint from Shinobu or just part of their natural training to know who the top Espers in the city are?

Also makes me wonder just what those devices are. Not surprising that Febri is connected to them though the hair of her sister being in the device makes me wonder. Somehow these girls have been created to connect or power machines though how and why is still a mystery. All we can do is wait and see what Mikoto and the others can uncover. While I’d hate to see the villain from last season again it seems like she might be the only one they can get some information from. It will be an interesting conversation since Mikoto has changed a lot from the girl who had such faith in Academy City before. She now knows more about the darkness and how it could create people like Therestina. 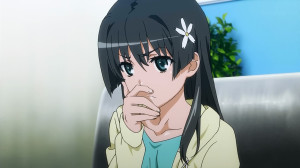 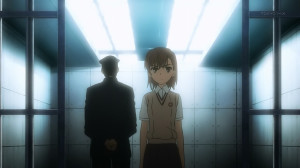 So next week should be interesting. The hunt for the truth continues and Mikoto should get closer to the people behind this experiment. At least it will be nice for Mikoto to get to catch up with Shinobu. Would have been kind of tragic if she had gotten killed off after being captured since Mikoto would have never known the truth.
Score: A-