Sometimes there are just series that really surprise you. Most people have expectations of the kinds of shows that will really interest them and the kinds of shows that they’d rather just avoid. Personally I’m not normally the type to go watch mystery or horror type series. But this time around found a series that just stood out too much for me to let it pass. Also the series really is more of a murder mystery kind of series, just with some pretty unsettling and tragic scenes mixed in. With all that said I’m surprised it took me this long to review Higurashi. Going to be hard to give a non-biased review since it has ended up being overall one of my favorite series.

Now to be said this is the first season of a two part series. The experience just isn’t complete without watching Higurashi no Naku Koro ni Kai afterwards. This season is really more about setting up the mysteries and giving clues to the viewers than answering a lot of questions. It’s broken up into arcs which at the beginning raise a lot of questions and only in the later part of this series do we start getting some answers. It really does quite a good job giving you a variety of theories that you can start latching onto while trying to figure out what is really going on. I could remember keeping a list as I went through the series of points that went into one kind of argument or another. 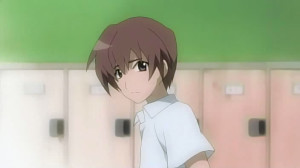 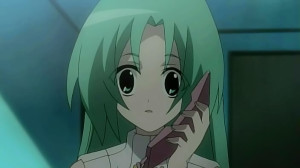 The series follows an interesting strategy of having things somewhat reset after an arc is concluded. It makes more sense upon watching, but it’s like things get rolled back and you see a different series of events which the same characters that give you different hints about what is going on. This does allow them to do some crazy things since when the next arc rolls around you get everyone back again. But it doesn’t feel pointless because you are getting hints and seeing new aspects of characters that let you understand them better.

This series just walks an interesting line between cheerful scenes with friends to total disaster and tragedy. I mean by the end of this first season you do grow to care about these characters and what they are going through. The positive bits make such a strong contrast when things go horribly wrong. They could make a whole slice of life season of the good parts of this series and I’d enjoy it. They are a fun group of friends who play some hilarious games and have some good laughs along the way. Just makes it hurt all the more when something bad happens.

The mystery is a compelling aspect and it is hard to figure out what is going on early. I think it’s different for everyone, but honestly the mystery is a strong part of the series. It isn’t all solved in this first season, but they do a good job giving you enough that you can build theories. This is a novel adaptation that I think does a good job even if they don’t perfectly adapt it. A lot of little hints and some things that in the end don’t mean what you think they mean. If people want to watch a series for the mystery then this is a good one to check out. 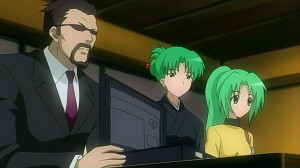 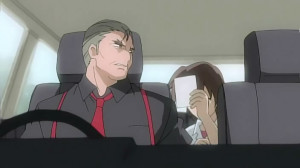 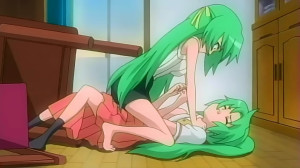 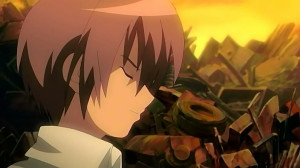 Maybe one of the strongest aspects of the show is the characters. I like just about the entire main group of characters. They have their strengths and they have their weaknesses. Keiichi really is the main guy in the first part of the show. A lot of the arcs focus heavily on his responses and reactions to what is going on. Makes sense since he’s fairly new to the village and thus his perception is more lined up with the new viewers. But it’s not just about Keiichi and other characters share the spotlight when time calls for it. It’s hard to say exactly how each character works out since it depends on the arc.

Even the secondary characters get a chance to show different aspects of themselves depending on what is going on. What might seem to be a friendly cop in one arc might be more firm and harsh in another. Not that the person is changed, but people show different sides of themselves depending on who they are interacting with and what is going on. Higurashi does a good job letting you see those different sides while the focus does stay with the main cast most of the time.

This is a show that will make you laugh and also might freak you out a little. Watching this series at night is at your own risk really. It does a solid job keeping you on edge since the happy times can be shattered at any moment. At some points I did get freaked out. But I had to keep going since I wanted to see what would happen. It’s just an unusual series since it feels like it could be so normal, but then something terrible will happen. It’s not a gory series overall, but some ugly things do happen and people do die.

At the same time it’s a show that touches on the good and the bad of people. You can see great leaps of faith and how important trust is to getting through a situation. You can also see how easily a lack of trust can send thing spiraling out of control. I like the series because it does have that dynamic. It lets the cast grow by showing how they succeed and how they fail. 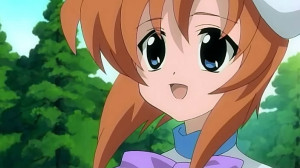 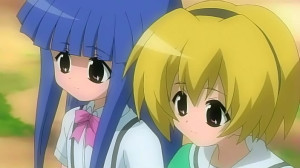 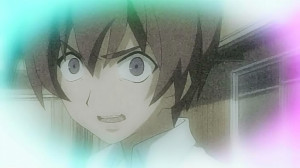 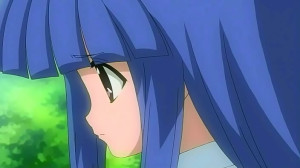 Animation is probably where I rate this series the lowest. It’s not the most beautiful series honestly. At its best times it just looks average which isn’t a bad thing. But there are a handful of scenes where you will just go “my god that’s terrible.” Those scenes can take you out of the moment they are so jarring. But overall it just stays decent for most of the series. I will say the second season makes unbelievable improvements in this respect which is probably why the first season seems really weak visually.

Don’t think I’d track down the OST for this series, but it was decent enough. Sometimes it used silence pretty well and there were times where the music fit pretty well with the scene. I wouldn’t say it was a weak point of the series overall. The OP and ED were pretty good when I think back on them. The OP works well for the mystery portion and certainly the ED has the kind of feel you’d expect from a series that is going to have some tragedy to it. I normally don’t say much about previews, but the way they were handled was actually pretty interesting. Often having some keywords floating on the screen with a tragic sounding voice making some cryptic messages. 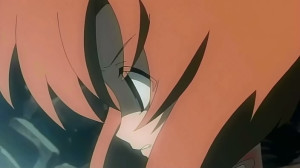 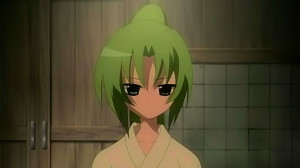 Honestly I’d have to say Higurashi is really worth checking out for most people. If you absolutely can’t take some tragedy and deaths than it probably won’t be for you, but it really is a good series. The characters are interesting although things can get pretty scary at times. All in all it’s a good series with a good mystery that slowly reveals what is going on while giving hints in each arc. A series with some tragedy, some mystery, death, but also friendship, laughs and a strong cast. I’d totally recommend checking out the first arc even if you aren’t completely sure it’d be up your alley.