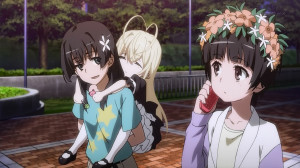 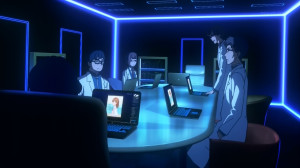 Pretty much most of this episode was to confirm that Febri is a cute kid and that Mikoto can’t stand being the only one left out XD. I mean she pretty much spends her entire screentime trying to appeal to this girl and get along with her. Of course it’s important to build up this relationship between the girls and Febri since she obviously is at the core of whatever experiment is being done here.

I have to wonder what kinds of idiots are behind this scheme though. Honestly picking fights with Level 5s is not the kind of thing you should be doing on a regular basis. Whatever they are plotting all it takes is dropping an Accelerator onto them and that would be shut down pretty quickly. 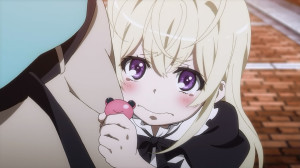 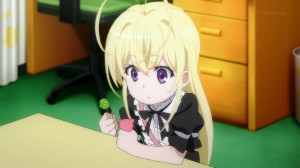 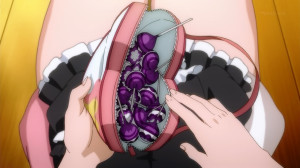 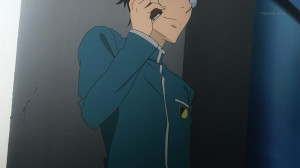 There’s just a lot of mystery right now around Febri. Obviously she’s immensely important to the experiment. That mysterious group is monitoring her location and she knew Mikoto’s name from the start. I wouldn’t be surprised if she knew all the names of each Level 5 in Academy City. Probably also taught in some manner that they are people to be inherently wary of.

The odds are pretty high that she’s artificial in some manner. While I might not have the most broad culinary knowledge that food did look pretty foreign to Febri. A girl who doesn’t seem to have a last name either. Also she seems to carry nothing but endless supplies of those candies. Candies that seem to have a pretty extreme taste that normal people wouldn’t want more than a couple licks of. Maybe it’s some sort of medication to help stabilize her. After the Sisters arc it just makes sense that Febri is some kind of clone or artificially created person. Though the reason why she was created is up in the air. Of course I could be completely off, but seems like a safe bet.

Clearly she’s tied closely to those mysterious scientists we keep seeing. One could say that Febri’s emotional development is evidence of Shinobu’s involvement. Making clones like the Sisters but with much more developed emotions (and no habit of describing everything they do). They put some effort into capturing her though I note that they didn’t actually try to do it themselves. The same guy criticizing Kongou used security robots to capture a little girl instead of getting his own hands dirty. Whatever Febri is being used for it can’t be a good thing. 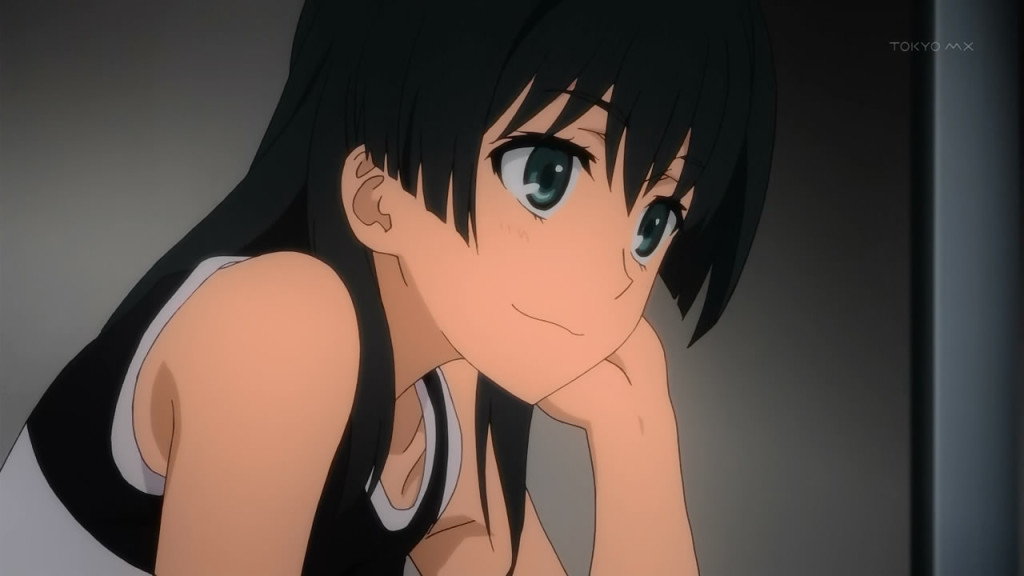 On a lighter note it was fun watching Mikoto try so hard to be liked. Febri probably can’t help but be uneasy around Mikoto. Level 5s are probably not supposed to be her favorite people. At least Mikoto has finally found someone who can share her Gekota love. That was a pretty cute trick she used with the pink Gekota. Goes to show that her techniques can be handy in a fight and much more mundane circumstances. It cost her some rare finger puppets, but that’s the price that must be paid. Mikoto did show her cute side being so uneasy about it and in the end her hard work was rewarded. Did require a rescue and some words from Saten, but she got her hug. Also got pick-pocketed but that’s another thing XD.

Saten sure is making the most of her screentime though. Being pretty much uninvolved in the previous arc she’s really showing off when possible. I think she wore three different outfits, a couple different hairstyles and had a bath segment with Febri on top of it all. It’s Saten time and she’s going to make the most of it XD. Is also getting to act as a parental figure for Febri since she does have the experience of caring for younger siblings. Though personally I find caring for younger siblings isn’t quite like we see here. She is a really good friend though. Was nice of Saten to give Mikoto chances to spend time with Febri even if it lead to a bit of a crisis. Even finding a way to pull Uiharu into parental care duty to take her mind off Haruue moving out. Really does spend a lot of time taking care of those around her. 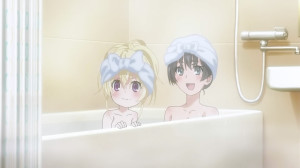 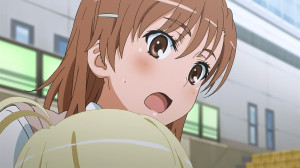 The episode overall was pretty good. Clearly it focused a lot on building this circle of friendship around Febri, but it also gave a few hints as to what is going on with that girl. Not a bad thing either that the series does pay attention to the secondary characters, giving them chances to stand out and stay in our heads. All the series has to do right now is keep the quality steady and not try and be more than the Sisters Arc. You aren’t hitting those kinds of emotional highs and lows no matter what is going on here.
Score: B+