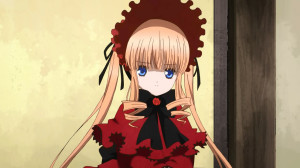 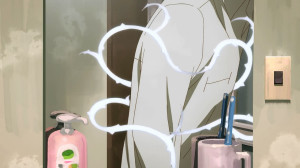 Now things are starting to get more serious especially with Shinku running out of time to remain in that world. It just feels like something big is going to happen in the next few episodes here. Jun is building another doll that I can’t possibly believe is anything but a trap and Shinku only has a handful of days left before she will disappear. Well that is if she and Suigintou don’t destroy each other first XD.

Despite the fact that she hasn’t appeared often the impact of Kirakisho remains pretty prevalent. Can continue to see her spreading out her vines around Jun in the mirror and her actions have really cornered two of the more capable dolls in Shinku and Suigintou. Both are certainly running out of time to go and safe their masters while Shinku really has a ticking clock before she’ll vanish entirely. Right now she is existing in two worlds at the same time, but that kind of thing can’t last for long. 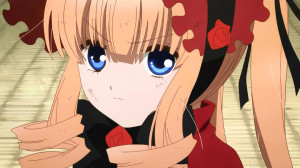 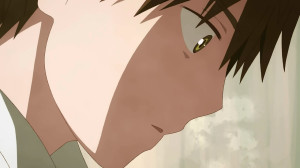 Jun has probably hit his lowest point since the first couple episodes in this one. The idea that Shinku was going to leave really hit him like a sack of bricks. He really didn’t consider that something like this could happen and it’s really shaken him up badly. His life really started to change when he started to build Shinku. Really it was just a series of small hits to his confidence and system throughout this episode.

Getting told his world is like a small branch compared to the main trunk that is the world where Jun did wind would be pretty insulting. Might make one feel like this world is pretty dead without hope. Then a very poorly timed line from Shinku that what happened between her and Suigintou doesn’t concern him. Probably more aligned with her still not being happy about cleaning up from their last fight and just being on edge after arguing with Suigintou, but he still took it pretty personally. 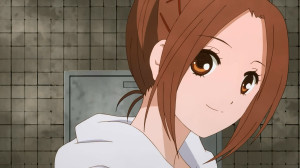 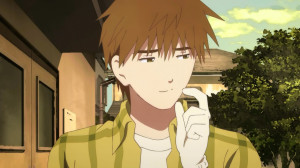 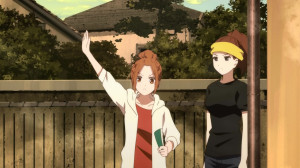 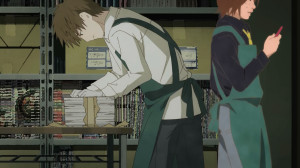 The lecture from that crappy manager didn’t help things either at that point. I can relate to Jun in being unable to help mentally berating those who really don’t seem to give a damn despite having that authority figure position. Nothing worse though than thinking badly about someone and making it clear you are thinking badly of them. Getting called out based on that can be pretty frustrating. Though maybe what really hurt Jun was that some of it had a point. Jun can stand back and judge everyone around him in order to protect himself. He doesn’t have to dislike himself as much if he brings down everyone around him. Guy is still a creepy and lazy jerk though.

The frustrating thing is despite Jun’s perspective on it things aren’t totally bleak for him. The time he’s spending with that acting group may really have a benefit for him long term. No matter what the manager or anyone says it’s clear Saitou is interested in him and he has a great chance with her if he pursues it. Did give me a laugh when he went into full serious mode after Saitou called him by his first name.

Saitou really does remain a pretty entertaining character overall though. Fully declaring Jun to be amazing and just being a really positive influence. There really is no hint of deception with this girl. She just really believes in Jun’s abilities and likes the guy. Not like she’s just trying to force him into doing a lot either. Was a little distressed when he got dragged off to help her brother out with the props when she just brought him around to consult a little on the costumes. If anyone is going to help pull Jun out of what might be another dark turn it will be that girl. 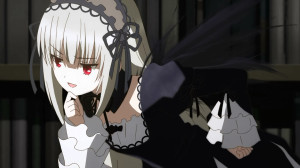 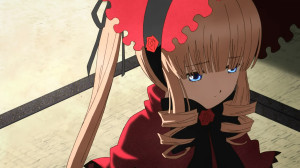 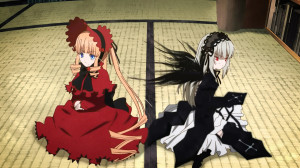 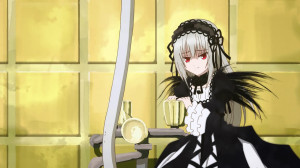 I have to say the interactions between Shinku and Suigintou are pure hilarity. Those two really can’t stand each other and interacting even for a short amount of time without fighting is pretty hard. Have a long history and that kind of thing can’t be ignored so easily. This is more to Suigintou, but both really do seem to try and set the other one off when they can. With how much is on the line it’s pretty easy for either to just get pissed off and start a fight. These fights of course getting very…cheap at times. Hair pulling, spraying water, and really just taking swings at each other. Both are respectful enough to the situation and where they are not to outright start fighting with all they have, but they can’t help losing their cools around each other.

Makes me wonder if any sort of truce can really be had with these two. Shinku and Suigintou both have a lot to lose right now and can’t afford to ignore the danger of Kirakisho. Megu has been captured and Jun has to be in danger with only Kanaria still free to move and take action. Megu’s life isn’t the most stable in the first place so of course Suigintou is in a hurry, but Shinku literally only has five days that she can remain in that world. All either of them can do is sit tight and hope for way back to open up. The concern for Megu though does show that Suigintou isn’t as cold as she might like to portray herself as. She’s started to change a little.

At this point things aren’t looking good though. I can’t believe that message from the other Jun is legitimate. If it was really him he’d try to get into contact with Shinku and discuss a plan of action. Instead the whole purpose seems to be to lure Jun into making another doll. His own personal Rozen Maiden, not one that he’s being used as a loaner master to. And sadly he’s at a point mentally where he’s willing to do this and won’t consult Shinku about it since there is a rift building. Shinku has a lot on her mind, but she’s lost track of what the Jun right in front of her is going through. She clearly knows this isn’t the exact same person since she’s focused on getting back to the other Jun, but hasn’t really considered what that kind of stance means to the one right in front of her. Not that Jun himself is free of blame. He’s still regretting his past and not considering that there is a very dangerous situation going on right now. Shinku can’t just stay because he has few friends and feels isolated in his life. 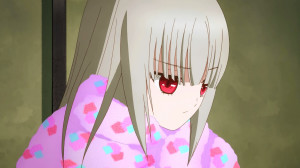 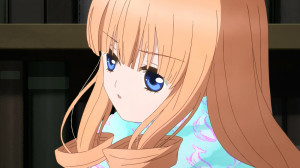 Things could get messy next week to be sure. We’ll just have to see if everything works out or not. Jun making that doll definitely feels like a trap and a mistake, but it’s not one that surprises me right now. Maybe some more positive interactions with Saitou might help pull him away from that though. He can’t change the past or anything, but he can still do some things with his future right now.
Score: A