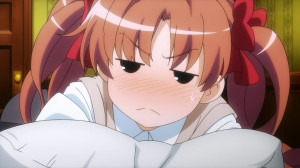 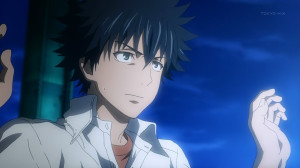 This series is going to kill me with the emotional moments. There is no looking at Mikoto just completely breaking down on that bridge and not suffering tremendous damage. Maybe some people weren’t affected, but I certainly was XD. I’m not even sure what to say after watching that episode. I really was looking forward to this meeting on the bridge and it fully delivered in my mind. I thought it was visually awesome seeing Mikoto just unleash her pain and fury. We’ve seen a good deal of electricity in this arc, but wow this was just something else.

I might as well start with the other parts of this episode since otherwise I’ll just talk about Touma and Mikoto and forget anything else happened here. There was some good fun with Touma and Kuroko meeting up. Glad someone else was willing to call her out on being a pervert. She’s a good friend to be sure, but let’s not pretend she doesn’t have her own issues. Also pretty fun to see her unable to teleport Touma and having to stuff him under Mikoto’s bed. Good thing she did of course since it let him find the stuffed bear with all the information about the Level 6 Shift Project. 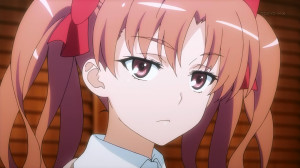 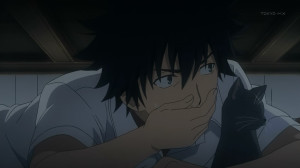 I suppose it’s interesting to look at the contrasting perspectives between Kuroko and Touma. Obviously both people care about what’s been going on with Mikoto and to be fair by the end Touma has way more information about it than Kuroko, but I still like looking at their viewpoints. Kuroko really respects and looks up to Mikoto. She cares enough as a friend to let her handle a situation that she clearly wants to keep her friends out of. There is nothing wrong with respecting your friends and not jumping into something they don’t want you in. At the same time you have Touma who absolutely will not leave Mikoto alone. He won’t just let her go through this thing and stand aside. If he sees something bad happening then he will jump in and do something. Even just from what we saw in Railgun to this point you can understand that. He snooped around to find out what is going on and immediately moved out to try and stop this. Sometimes you won’t want that kind of person around and other times you need them.

I think this is one of those other times. Mikoto was clearly at the end of her rope and out of ideas. Her only possible solution had come down to suicide by Accelerator. At this point she needed someone to give her a hand, to let her know she doesn’t have to take this whole thing on by herself. I think some may play it up as a cliche of a female character needing to be rescued, but this is true no matter who Mikoto and Touma happened to be. Someone had done everything they possibly could to try and resolve this situation. They went as far as they could and at the very end they needed help. A lot of the time people need help. Doing a lot of things in this world is tough if you are taking it all onto yourself. Every now and then people reach their limit in terms of what they can do.

This isn’t a case of someone needing help right out of the gate. Mikoto did all she could and at the very end she needed someone to stop her from killing herself and to help her out. In that sense I’m glad for Touma since without him we’d be watching Mikoto get killed. 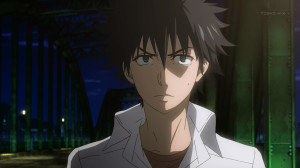 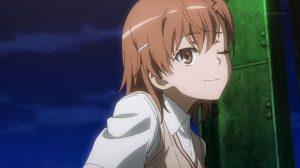 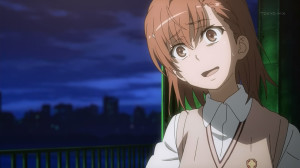 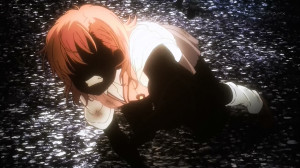 That whole encounter on the bridge was just outstanding. At first I was also worried Touma had completely misread the situation and was going to rip into Mikoto for this experiment. She certainly believed that and even tried to play it up a little bit. This whole time Mikoto has been blaming herself and hating herself. Hating that she gave over her DNA map, that she didn’t realize what would happen, that over 10,000 clones have died already. I’m sure in her heart she wanted to be punished, she wanted someone to blame her for all of this. But in the end Touma didn’t do that and didn’t think she was willingly involved. He was worried about her and came to help her. He just finds out this insanity is going on and immediately goes out to stop it.

I mean geeze, Mikoto’s expressions when he didn’t start ripping into her was something else. All this time blaming herself and to actually hear what he said had to hit her hard. Someone just knew the facts and still just matter of factly stated that they were there because they were worried.

Then of course came the major showdown between a Mikoto ready to die and a Touma that wouldn’t let her. Her solution was something just frightening to imagine. Going out there and dying in the most pathetic way possibly just so the scientists would be forced to reconsider the project. Not fighting to win, just going out there to be slaughtered. Certainly the plan has some merits in theory. If she dies so easily they have to look at the plan and without the Tree Diagram they can’t really recalculate things. Of course possible they’d keep on going anyways, but it did have a chance of working. But that’s only if anyone would seriously let Mikoto sacrifice herself. 1 life to save around 10,000 might sound acceptable in theory, but that’s only if you can just ignore the reality. Mikoto sacrificing herself wouldn’t make her friends happy, her mother, Touma, the MISAKAs, not anyone. The Sisters obviously have an attachment to Mikoto and knowing she died to try and save them would impact them. There was no way Touma could just let her go and do that. 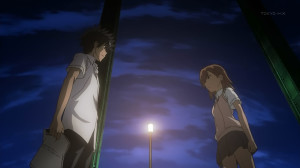 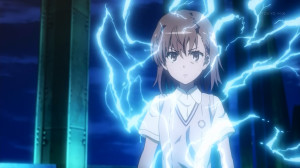 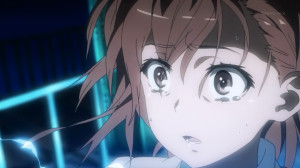 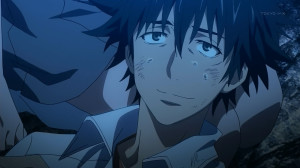 I’m sure it had to be incredibly frustrating for Mikoto. He wouldn’t fight her, but he wouldn’t let her pass either. Again if she was beaten up maybe she’d be satisfied somewhere in her heart. If he was fired up to fight then she could go all out and do everything she could. It’s not like she needs to save any energy since her plan was to die in one move to Accelerator. But I can see why Touma wasn’t going to fight her. It’s obvious that Mikoto has been torturing herself and suffering more than one can imagine by this situation. On top of that he’s trying to save her here. I just don’t think he could do it. Mikoto, the Sisters, he wants to save both if he possibly can. Maybe there was a gamble somewhere in there that she wouldn’t go at full power, but I just think it was a case of throwing his resolve right at her. Touma wanted to stop these experiments, but at the same time he couldn’t let Mikoto die for it. Of course it was completely stupid. She could have killed him or knocked him out and gone on before he could regain consciousness.

In the end it worked though. That last attack was insanely powerful and it’s a miracle Touma’s heart didn’t stop. At that point I’m not surprised she couldn’t leave him there. Just snuck in a lap pillow maneuver and waited. Someone actually came forward to save her and that meant more than words could describe. He put his life on the line to stop her and was just glad to be her ally at this moment. The relief and tears she shed at that moment really said everything. That was a great moment and made this an outstanding episode.

Now of course it comes down to a showdown between Touma and Accelerator. The Level 0 vs the Level 5 closest to reaching Level 6. Of course it’s obvious that Touma’s ability doesn’t really make this Level 5 vs. Level 0, but that’s how it will look. His plan is the best one to go with right now. If a Level 0 defeats Accelerator that will really shock the scientists and ruin the plan. Besides just beating the crap out of that guy might stop Accelerator from getting involved any further. It’s an insane strategy to go for of course with Touma’s body in such terrible shape. Taking on Accelerator after getting blown away by Mikoto is unbelievably reckless. Still, it’s better than sacrificing Mikoto or another MISAKA. I’m sure Mikoto will find a way to help out here. Just a great ending with the music kicking in at the perfect moment. 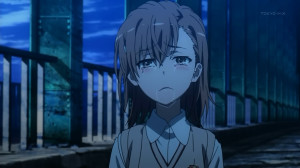 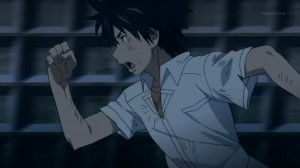 Next week will be something to enjoy. I’m sure for the pure Railgun fans seeing what Touma can do should be fun to watch. Saw that brief fight between and Mikoto in the first season, but this is something else entirely. For the Index viewers, here’s hoping it will far surpass the first version we saw in the original Index. Sorry if this turned into a marathon post, but I just had to keep typing XD.
Score: A+