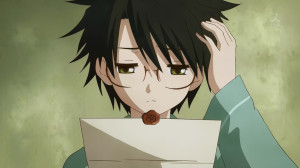 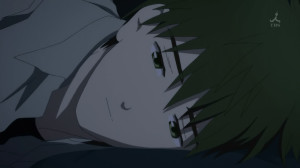 Well it’s nice that the pacing slowed down from the breakneck speed that the first episode had. Since the recap was over it makes sense that we could relax a little bit here. Did get to see quite the different Jun from the one we met in the first episode. Of course it shows how one event going differently can drastically change a person’s entire life. The introduction of Shinku and the rest of the Rozen Maidens into Jun’s life completely changed his outlook and kickstarted him into action. While the Jun who chose not to wind up didn’t have anything to shake him out of his isolation.

I do feel for this other Jun since his life has been pretty gloomy. It took him a long time to push himself and head back out into the world. But it took such a long time that he didn’t get a warm reception once he made it back out there. He’d fallen behind and everything was tougher to deal with. Though I think the worst thing for this Jun was that he was filled with regrets. Even at that age he’s still thinking that if he had just gotten himself together back when he was hiding out in his house then everything would be better. That he’d be out there with a beautiful and bright world waiting for him. Of course nothing is that simple, but it’s easy to look at it like that when everything feels so…boring. I can really sympathize with Jun. He’s just created this gloomy atmosphere around himself and can’t reach out to people easily. 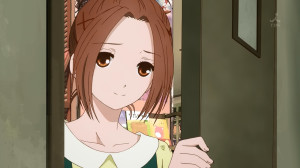 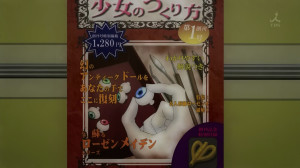 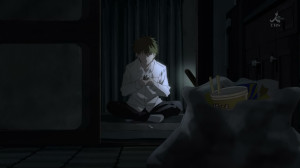 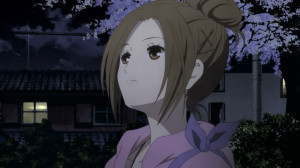 But even by the end of this episode there is clearly some hope for this guy. I don’t think even with the Rozen Maidens we are going to go back and change his past. Still, what I expect to see happen is this guy given a reason to push forward. Even now he needed a shock to his system. I really think two things gave him that push. The first of course is that returned package. Clearly, there’s something suspicious at work here but it did make him think of his past and gave him something to try and accomplish. People might say getting obsessed with creating a doll isn’t that healthy either, but it’s better than being locked in his gloom and not caring about anything. Could see him getting more and more invested in creating Shinku. Really, a step in any direction is good for Jun right now.

The other thing that seems to be helping in giving Jun a push is Saitou’s efforts to befriend him. For whatever reason this girl is clearly interested in Jun. When most people would just leave him be she has made active efforts to reach out. Saitou paid enough attention to notice that Jun had been really tired lately and cared enough to bring it up. I think a lot of people would actually be uneasy approaching someone like that to walk part of the way home. She’s been taking the first steps in opening up about her own life and actually getting him to respond. For the first time in the episode he actually seemed excited about something in talking about her acting. Now none of this might have happened if not for Shinku’s “building instructions” coming through the mail, but it’s a good sign. 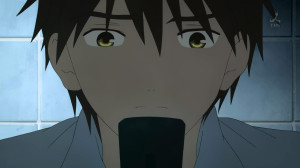 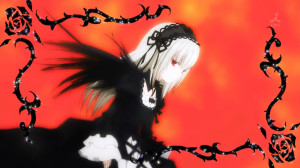 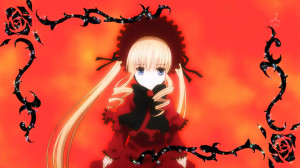 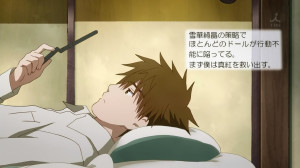 It is a bit surprising in an episode of Rozen Maidens to not actually see a Rozen Maiden (except for brief pictures). Technically we saw parts of one, but not the whole thing. Still, I liked how they used this episode to set up Jun’s world and show the process of putting Shinku together. Just kind of sucks for her that her head has apparently gone missing…Though I’m sure it will turn up sooner or later since this isn’t a horror series outright XD.

Had to be a weird moment for Jun to get a text from his younger self. How he managed to get his address surprising, but how he managed to send it from an alternate dimension is just nuts. Of course we’re talking about magic dolls so nothing is quite impossible and completely unbelievable. Still, I have to say older Jun took it rather well. Maybe because he’s doing something so weird to begin with or his memory was stirred enough to keep him listening. I’m guessing the other Jun is in a really big mess if he’s actually doing all of this. Of course still not sure what’s going on with Shinku in this other dimension, but I’m sure we’ll find out sooner or later. At least it seems like things have gone to hell because of Kirakishou. 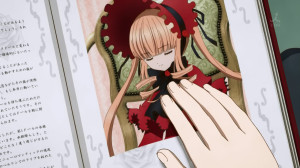 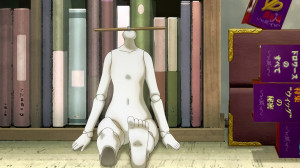 At this point I think the series has found its footing. if anyone survived the rush of the first episode this settled things nicely. I’m looking forward to the next episode and seeing how events unfold.
Score: B+