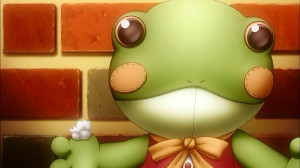 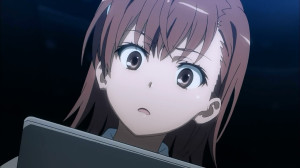 The downward spiral for Mikoto continues as her plan to destroy the Tree Diagram ran into a bit of a hiccup. It’s kind of funny that one step in her plan was actually to destroy it, but the problem is she needed to use it first. At least this episode explained just what Mikoto’s extreme plan was in order to stop the experiments. It involved destroying a supercomputer that the whole city was relying on for various experiments. Destroying something that important would really make Mikoto an enemy of the city and destroy her hope at a normal lifestyle.

Sadly for Mikoto things didn’t quite go as planned. Index fans would know why, but that computer had been destroyed for a long time now. A good hint of that was the fact that the weather reports had been off for a while. They couldn’t use it any longer to predict the weather so now they were just using the normal weather reporting methods. This also might explain why it was so effective for the clones to push Accelerator not to kill Mikoto. They no longer had the Tree Diagram to predict what effects that would have on the experiment. It was important to limit any possible interactions that would affect things. 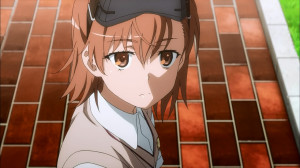 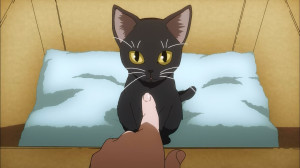 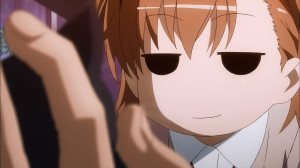 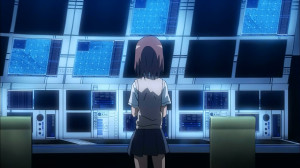 Of course the question now is what can Mikoto do? She can no longer trick the scientists using the Tree Diagram in order to end the experiment. They must have decided to just continue on with what data they had and assume it would work out. She can’t hope to crush enough of the facilities in time, she can’t beat Accelerator, and now she can’t trick them to stop the experiment. I wouldn’t be surprised to just see Mikoto collapse out of pure depression at this point. What can she do? She’s been trying and struggling to carry this job off by herself but she can’t solve this alone. Does she turn to others for help or get even more desperate?

Alongside the desperate Mikoto we’re getting the most focus on Touma that we’ve seen yet in Railgun. His interaction with MISAKA 10032 is interesting since he’s helping to develop these clones as people. The shared consciousness let’s them all take in the responses and experiences the others have had. He can be an entertaining guy especially where he got pulled into taking care of that stray cat. The cat toss was probably the most hilarious part of the episode. A good way to push MISAKA into handling that cat. True enough that being an electromaster does make them less appealing to animals, but it doesn’t mean they can’t at all bond with them. 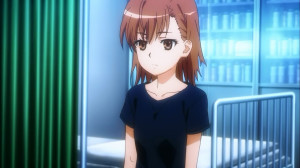 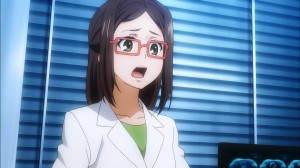 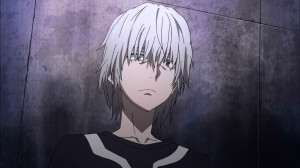 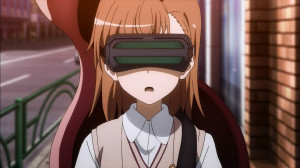 This series is just good at making you sweat. First you saw Accelerator approach and though he’d take out MISAKA 10032 that Touma was spending time with. But then 10031 comes in and diverts Accelerator. But the fact is that being only one number ahead 10032 doesn’t have much time and it appears she will be having her test rather quickly after 10031. What happens from there will depend on Touma’s interaction to that girl going missing. Things are just really tense right now on that side of things.

I did like the conversation between who I believe is MISAKA 10031 and the scientists. I’m sure getting rejected by Mikoto like that was a painful moment. Enough that she felt a pain in her chest. A good sign of these girls showing emotional reactions. It wasn’t just “this is creepy” Mikoto just lost it at that point becuase of all she had been going through. I don’t blame her, but the reaction was pretty big. Feel like the answer from those scientists did the job of making MISAKA 10031 feel like Mikoto rejected her because she found the idea of clones creepy. There is so much more going on with Mikoto than that. Kind of annoying as well how they can react to the idea of having a clone yet have no problem sending these girls out to be slaughtered. Their ability to distance themselves from what is going on and just view them as lab rats really is something. 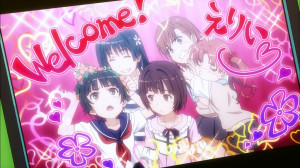 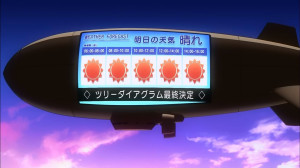 Just one moment that showed how close Mikoto is to breaking down is when she looked at the photo of her friends on her phone. She’s hurting right now and is feeling guilt at the prospect of dragging them into this mess by association. Her response next episode will be something to see. This was a decent episode overall. It wasn’t full of action, but you can just feel everything building up this week.
Score: A-