It’s not often that niche series, no matter how superb, get a second series. Thus it was a true joy to behold when Chihayafuru, a series that was never destined to hit it with mainstream audiences, was granted a second season. Nearly a year after the original series, we got a season two that definitely continued the story of the series forward, albeit focusing more so on the sport of Karuta than the delicate balance it had going in the prior season between classic josei romance elements and shounen style sports. 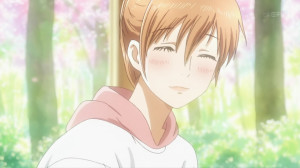 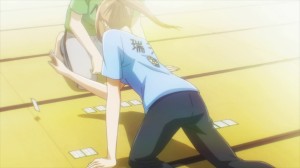 The bulk of season 2 actually focuses on the Omi Jingu Karuta Tournament of the spring. The series has always been difficult to categorize, but this time definitely feels more like a shounen sports story than anything. The focus is on both Chihaya’s Misuzawa High School Karuta team, as well as more of the individual trials that each character needs to face in this particular point of their Karuta career. 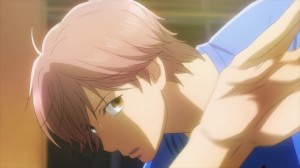 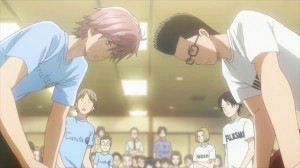 Fans of Chihaya and Taichi will be happy to know that they are featured heavily in this season, and more so their individual Karuta as well as personal growth battles. The series is definitely at its most entertaining when it focuses on Taichi, a character that has developed quite a bunch of fans since last season. Taichi’s personal struggles are every bit as endearing as they were a season ago, and the eventual spot that Taichi manages to reach is a great one for fans to behold. 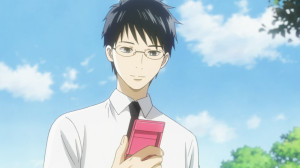 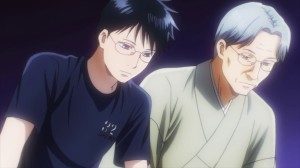 At the same time, near the end of the season, Chihayafuru finally gives some of the spotlight to Arata, the other third of the main love triangle. Having Arata become more of a presence is that something that REALLY helps the show grow forward, and its only in the last few episodes that the endearing romance josei elements begin to pop up again.

The season ends with Chihaya, Taichi and Arata in very unique places, with the dynamic between those three clearly about to change. What is most surprising though is that the series actually gives some inclination of how this major love triangle may resolve in the future, and the revelations will definitely have fans of different camps guessing and arguing for a good while. 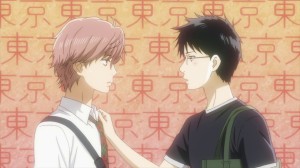 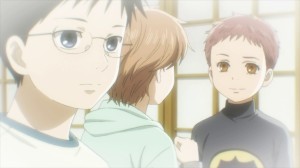 And while the three main characters of the show definitely steal the show, there are still standout moments from all secondary and supporting characters. A lot of new players are introduced into the Karuta scene. Two of which, are additions to the Misuzawa school.

Both Tsukuba and Sumire are interesting additions to the cast, and while their introductions at first seem unnecessary, they add much to an already diverse cast of characters. At the tournament itself, more rivals and opponents appear and create not only a very engrossing and sometimes painfully intense bunch of matches, but add the seeds for further conflict in the future. 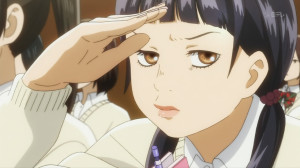 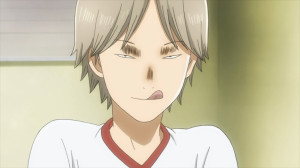 It is worth noting that, if you watched Chihayafuru for its character moments and less so for its Karuta, then the season might feel a bit uninteresting for a good duration. That said, it’s really hard to imagine Karuta not having one you over by this point anyway, so its hard to hold an increased focus on the featured sport against the show.

Production value wise, it’s hard to really tell much of a difference between season one and season two, and that is meant as a huge compliment. Season two continues the great work that season one started, and it really does feel like a straight jump back into the glorious world and story that the first series started. 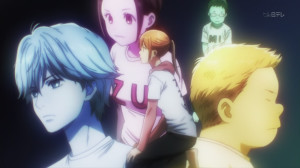 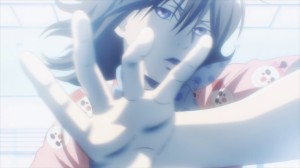 The art and animation is just as wonderful a sight to behold as before. It is definitely to the animation team’s credit, that they make Karuta matches feel so exhilarating to watch. The Karuta is actually as engrossing as some of the shounen sports series heavy hitters like EyeSheild 21, Hajime no Ippo e.t.c. Given that it’s Madhouse though, it’s clearly no wonder. With both this, Death Note and Hunter X Hunter, Madhouse is clearly establishing itself as the go to studio to handle faithful and extremely well done adaptions of great manga.

The sound work is also well done, and feels very familiar and nostalgic. The seiyuu from the first series definitely return to reprise their roles, and do a phenomenal job. The music is also great, with an OP and ED set that feels right at home with the franchise. 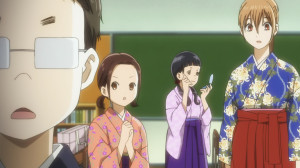 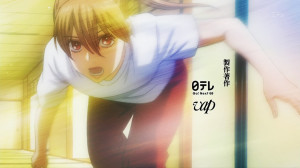 All in all, it can easily be stated that Chihayafuru season 2 is a great continuation of an excellent franchise. It also must be noted that the series and particularly this season is not for those who haven’t become enamored by Karuta yet.

Yet, Chihayafuru 2 has everything that made the franchise so popular in the first place, and ends on a high note, making every fan anxious for the announcement of a third season. Can lightning strike three times? Will there even be a third time? It’s not known yet. Either way, Chihayafuru 2 gets a sweet A Grade from us, and we hope to see this franchise continue on.