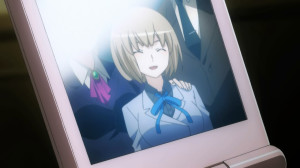 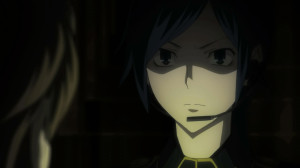 I went into this episode having a very bad feeling about what was going to happen. The series had been mentioning this possible sacrifice for a while and it all came to a head here. We started right off with Makoto outright saying that Io would die and that was that. No minimal hope of survival, no encouragement, just “we need you to die for us.” I could accept early in the series that she had a moral battle going on here, but frankly this episode dropped my opinion of her to the floor. It doesn’t matter if you have some internal struggle if when it comes down to it you close your eyes and let something like this happen. This may have looked like the best plan, but maybe it would have helped if everything was laid out from the very beginning so other points of view could be given. Makoto may be believing into this needs of the many idea, but she crossed the line here. Crossed the point of killing anyone that her boss tells her has to die.

Of course there are worse culprits in this episode. Yamato was a given. But that Kanno woman really is just as bad. It’s all so matter of fact. If the numbers say kill this person then that person is killed. I suppose setting up a sociopath as an important member of JPs was necessary for Yamato. God knows he can’t have too many people with a conscience involved with this organization. 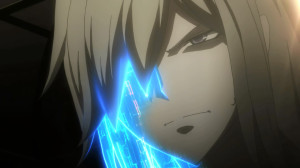 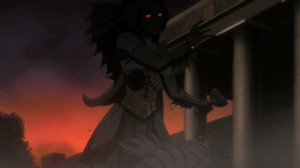 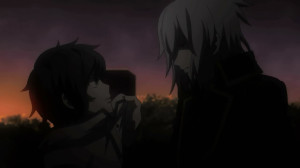 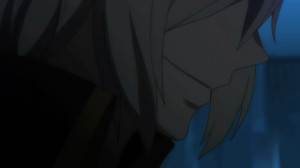 Yamato continues to amaze really. How could he expect Hibiki to do anything else but try and stop him from killing Io? He promised to be there to the end, but that doesn’t mean he’s going to allow his friends to be killed. Yamato has lived way too long as the center of his own universe. Clearly it’s a shocking revelation that people don’t consider him the most important thing in their lives. He actually does go out there and stop Hibiki from falling which was surprising enough. But at the same time he really just doesn’t get it. Hibiki is pissed at him for trying to sacrifice his friends. Hibiki has emotions and they don’t just nod and say ok when it comes to something like this. He might believe that Hibiki “belongs to him” (yeah kind of concerned there), but that’s not a universal view.

I really can’t wait for the showdown against Yamato. I almost don’t give a damn about the next Septentrion, because that’s the fight that’s going to matter. We got a taste of it with Suzaku and Byakko trying to deal with Baal, with various levels of success. Clearly Hibiki is going to need his full power to take this guy on. I’m also sure it’s going to come right down to working with everyone. Yamato is on his own, but the same isn’t true for Hibiki. His friends will stand by his side and prevent Yamato from turning the world into his ideal image. That’s a place no one but him wants to live. 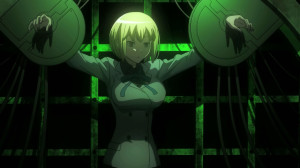 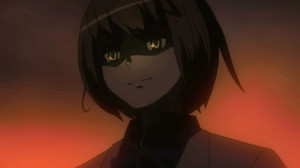 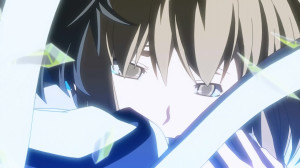 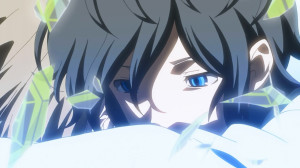 Now to the meat of the episode, Io. It really did center around her though we only got so much of her mindset going into this. Obviously this is a girl who’s been pushing herself hard this entire time. Not breaking down over her family most certainly being dead and trying to stand strong with everyone. It’s been a fight and when she finally was told to sacrifice herself…it just broke her. What is she supposed to say or do really? Someone with that mindset is being told her only value is as a corpse. Maybe at some point she could trick herself into thinking it would help Hibiki and the others, but by the end of course she was scared out of her mind. At her core she doesn’t want to die like this. We saw her corpse in the Death Face mail. That’s just not a way you want to die. Mind sent off to a void and your body utterly destroyed by being forced to contain power beyond what it can handle.

People can call it super cheesy, but I really did enjoy the later parts of this episode. I’m really tired of games or anime forcing sacrifice. Sometimes sacrifice works just fine, but sometimes you just want to see the trend bucked. I went into this expecting Io to die and hoping she wouldn’t. I got the part I wanted and that’s fine by me. Sacrifice isn’t the only way and I’m proud of Hibiki and Daichi (along with Hinako) for making their stands. It’s not just fine to throw someone’s life away without trying everything you can. From what we saw there wasn’t a great option available, but frankly we and the rest of the cast don’t have the great resources. Maybe there was another option that didn’t have 100% chances of succeeding, but could have worked. We’ll never know what else could have been done if anything. All I know is that I’m glad Io didn’t have to die here. 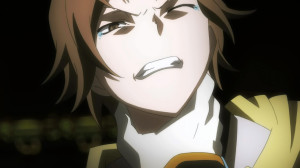 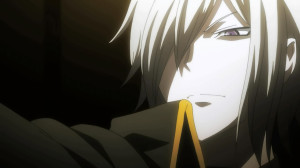 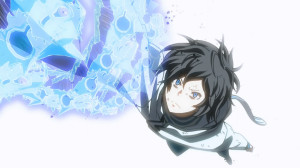 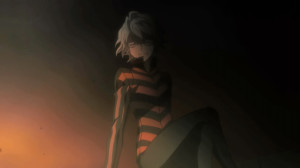 I’m with Hibiki on the part where it’s alright to be weak. I mean sure Hibiki is strong in terms of power, but we’ve seen that he’s not emotionally tough. He’s struggled and suffered over his inability to save people and feeling terribly helpless. It’s been the friendships with others that has saved him and allowed him to make it this far. He didn’t get this far by being like Yamato and shutting out others, he made it because of others. Everyone needs help sometimes. Sometimes you just hit that emotional limit where you can’t take it anymore by yourself. I don’t know how many times I’ve been saved by friends or family who have been there to talk to. Io was suffering, but it didn’t mean she had to die or that she had to face this alone. Hibiki’s strength allowed him to reach her, but it was still Io who struggled and made that choice to respond to him.

Daichi really is the anti-Yamato. He doesn’t have any real power and acknowledges that. But he doesn’t think it’s fine for people to be sacrificed and doesn’t think being weak is some crime. There were a lot of people in that room, but Daichi was the person who stood up and threw a punch at Yamato. He shed the tears, struggled, and did something while everyone just stood around and allowed this to happen. In Yamato’s world Daichi wouldn’t be needed or wouldn’t have a choice but to follow the strong. But sometimes you need that voice to just say “no!”

Find it interesting that Alcor did confront Yamato in his own way, though I think it would have been nice if he had spilled the beans to Hibiki. He really just sees these two guys who have very different points of view. Hibiki and Yamato both have incredible power, but don’t see things nearly the same way. Yamato just intends to sling humanity on his back into the world he wants and Hibiki is trying to accept people and protect them. I look forward to seeing just how Alcor will remain involved going forward and if he is connected to the last Septentrion in some way. 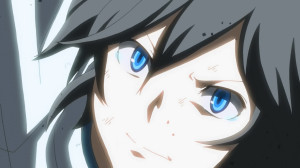 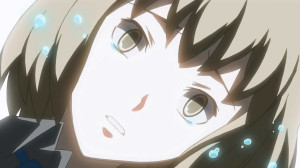 This was a pretty intense episode. I really wasn’t sure for a while whether Io would survive or not. Even near the end I wondered if Io’s body would just give out even though the threat had been removed from her body. You go through that kind of thing and anything at all is possible. I’m just glad she survived and found the strength to say she’d carry forward even against Yamato. I do kind of feel for Daichi since his actions may remain unknown, but they were memorable. The eventual confrontation with Yamato will be something to see.
Score: A+