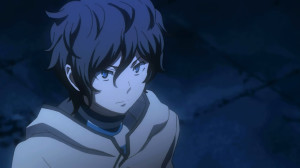 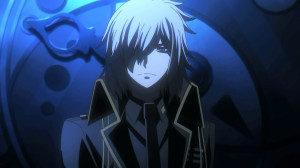 Well nothing surprising about how things turned out at the end of this one. Was definitely looking like a showdown between Yamato and Hibiki was going to happen. Though at this point I’d probably have given the win to Yamato if they had actually come to blows. While I still have no idea what Alcor is, I’ll give him some thanks for coming in to stop the fight.

I’m not sure if Yamato is a horrible person or a person with horrible social skills. He really has no idea how to get people to work with him. I’m amazed he’s managed to gather the people in JPs that he has. Though I suppose you can manage to gather a good amount of people who don’t have the guts to stand up to you. Plenty out there that either don’t give a damn or can be cowered into obeying. Suppose there are also those that feel special if he gives them any positive mention since he pretty much calls everyone else worthless. In the end not a lot of people are going to follow someone who treats them like disposable pawns. That kind of strategy might fly in a military, but civilians who just randomly have been given power are another story. 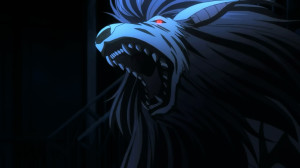 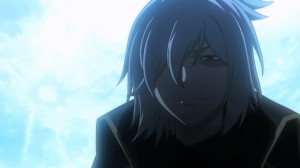 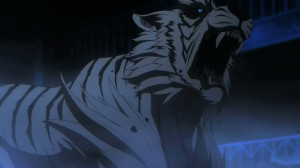 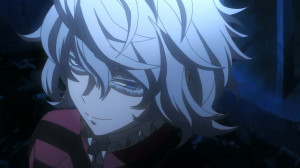 The real problem here is that Yamato’s end goal seems to be exactly what Ronaldo said it was. He figures that since he’s the most powerful around he should be running the world. Some might agree with that power centered strategy, but probably not people living in a democracy. The real problem is that Yamato might just lose any chance to save humanity because he can’t just drop his damn plan for five minutes. He can just lie and save himself a lot of trouble. But instead he’s just going to outright state how things are and expect everyone to roll over and accept it…At least it gives some hope for his character that he actually got that death clip and took action based on it.

There is no doubt that Yamato has a ton of power. He went in there and took care of a threat that was definitely ready to kill Hibiki and everyone else. Cerberus was pretty damn strong and took care of that threat. Though the fact that Yamato could actually make his demon more powerful is pretty scary. I’m really not sure that guy is human. Unfortunately being so abnormally powerful from a young age helped to warp his mindset.

I have to agree with Hibiki’s frustration in this episode. If Yamato had this much damn power he should have been on the front lines from the beginning. He’s taking the chess analogy way too seriously. You don’t have to go and sacrifice your pawns before moving out. It’s hard for anyone normal to understand this guy and I really wonder if a fight is going to break out before they have to fight the next enemy. 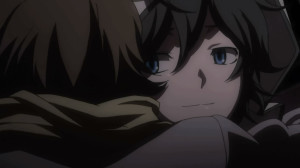 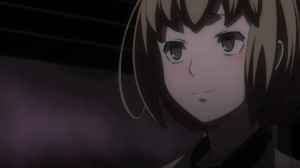 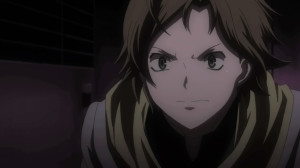 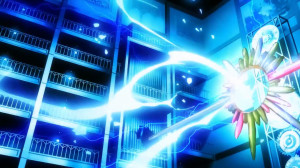 The enemy itself was alright. Nothing too complicated about this thing other than having incredible durability. The biggest problem was that they just couldn’t do enough damage to it and it was able to deliver incredible blows. Definitely not the kind of enemy you are eager to face while underground. Just not enough room to maneuver.

Maybe the most fun part of the episode was Daichi and Hibiki meeting up. Just charged in there and practically tackled his friend XD. I really feel for Daichi. He doesn’t have the power and has to keep an eye on Hibiki who is practically suicidal with how reckless he is. Having to constantly remind him that he isn’t in this alone. Nitta is also doing her best here to help remind Hibiki that he has friends that will help him out. She doesn’t have a lot of stamina, but she is certainly giving her all out there which is pretty impressive. I just hope they can eventually get through to Hibiki. 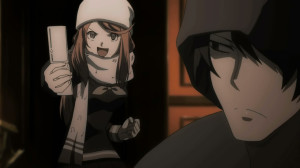 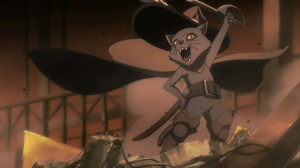 Did have a bit of silly fun with the intrusion of Jungo and Airi. Those two are pretty hilarious with their contrasting personalities. Airi having a great deal of fun picking a fight with the Insurgents while Jungo…takes his time saying anything. They did clean up the…well trash summons before picking a decent fight with Ronaldo. I’m not sure if they’ll be much help going forward, but they are pretty good comic relief.

I was a bit disappointed with Ronaldo. In the end he’s a good guy, but doesn’t have the power to back it up. He was pretty much just going evenly with Airi which pretty well tells you where his power falls in the greater scheme of things. He does have good ideals and frankly I like him more than Yamato, so I just wish he was a bit closer to that level. And that’s the real dilemma. Ronaldo is someone you’d want to stick with, but you might not survive. Contrasting with Yamato who might get you killed anyways because of his plan, but might be able to save the world. 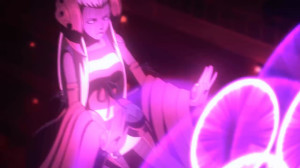 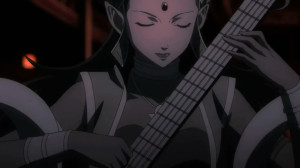 I guess the question is where all this now goes. The ‘good guys’ are pretty fractured. Insurgents fighting JPs, JPs taking back their bases, it’s just chaos. No certainty of what’s going to go down. Hopefully we avoid a big showdown, but I’m not sure how things proceed here. It’s a pretty big divide between Yamato’s point of view…and everyone else.
Score: A