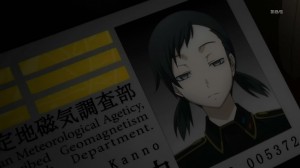 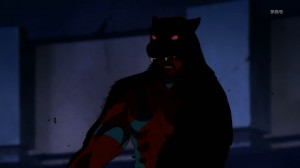 Well I suppose when you are fighting against Septentriones things aren’t going to just go smoothly. Maybe needed an episode like this to happen. Helps create that tension of not knowing what is going to happen. Of course may have been more powerful to lose one of the core three characters, but losing a side-character at least gives the characters the feeling that anyone could go at any time.

Plenty of summoners died off-screen in this episode and sadly for Keita, one died onscreen. It’s too bad, he seemed like an interesting guy to get to know. Sure, was a bit stubborn and reckless, but these are stressful times. There are definitely some people that would rather take action and fight rather than sitting around. It did seem like it’d be tough to find that Dr. Kanno. Sadly for Keita though things really didn’t work out. 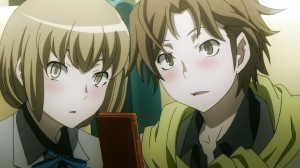 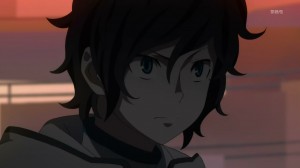 I have to say Hibiki is really taking too much onto himself. If he’s at the point where he feels it’s necessary to protect his friends by himself….it’s not good. I get having Byakko puts him on a different level in terms of pure power, but it’s not like he’s the only one who can fight there. I just worry a bit about a guy who feels like he has to do all the work. Maybe is thinking that since he got the most powerful demon to summon that he has to do it all. Just feel like this thinking is a recipe for disaster. The others might want to keep an eye on him. Also, bit of an odd moment when both Daichi and Itto blush at Hibki talking about protecting them XD.

Of course, Daichi didn’t exactly help fill anyone with confidence. So far has a trio of apparently weak demons. Going for quantity over quality just isn’t going to work. A bit unsettling as well about bidding for demons. From what the previous episode stated their aptitude is being used to bid at the demon auction. Maybe Daichi’s aptitude isn’t great or hopefully just saving up for something actually useful. Considering the numbers are decreasing in the bids, not sure how many he can actually afford to pick up at this rate. Honestly I’m just hoping Daichi will be a bit more useful and not just comic relief. Was left unable to do much of anything with the weak demons he’s got. 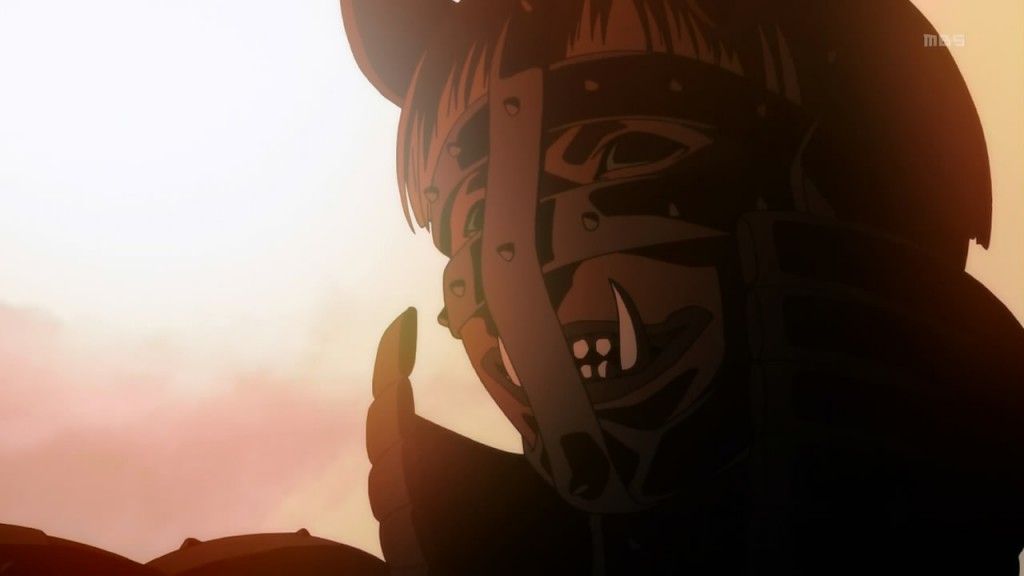 Now there’s a face you can trust…

The Septentriones are starting to look like more of a threat with this latest enemy. Frankly I’m glad one is able to communicate or it might get a bit boring fighting apparently mindless monsters. An insane defense that thing had and sadly it was more durable than expected. Not doing enough damage cost them dearly with Keita getting killed while protecting Hibiki. Who knows what kind of effect having someone sacrifice themselves for him will have on Hibiki. In the meantime that demon has to be the current target. Can’t just be allowed to go around killing everyone without paying for that. Still, if the enemies are going to get tougher than this guy it’s going to be trouble. They will need more than just Byakko to deal with something like that.

Though of course the most immediate problem is that the defenses in that area are down. With no defenses it’s not just a few Septentriones sneaking in, but rather a full out assault. They are going to need to get the defenses back up before it’s too late. Maybe Daichi’s good work at saving Kanno will be the tipping piont. If her cracking could bring down the system, then maybe she can find a way to restore it. 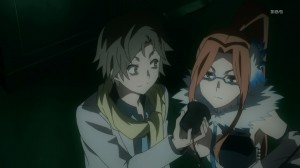 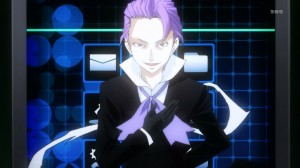 In terms of the characters that lived, Hinako was an entertaining enough new girl. Though the first impression was “what the heck is that girl wearing?” Seems like they were at least close enough to have each other covered on that Nikaea site. I’m sure this loss is really going to hurt that girl, but they really don’t have time for it. Things are only getting more serious and rest is almost a luxury they don’t have. As long as some of them have demons to use then they will have to get some fighting in.

It does make you wonder what is up with that site though. How can it know how people are going to die ahead of time? Seems like the predictions can be overcome, but it’s not that easy to do it. Running into the trouble of predictions, even if you know what’s coming it’s hard to avoid it happening in a different way. Though it’s not like they can ignore those videos either since without intervention they will happen. It’s another mystery to keep an eye on as the series goes on. 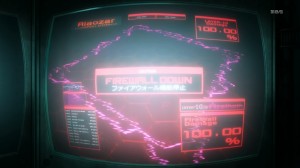 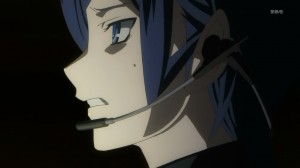 Overall, it was another solid episode. The intensity is picking up with Keita getting killed off. This attack by the Septentriones isn’t going to slow down either. The next episode should be action packed as well, so definitely looking forward to it.
Score: A-