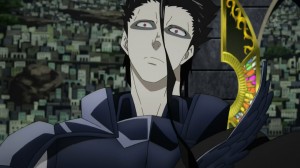 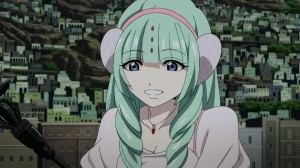 Nothing goes smoothly for Alibaba and company. Of course it was kind of a given over the past few episodes that Alibaba was going to be overtaken by that curse. Sadly things just kept getting worse throughout the episode and pushed him further into falling. Sadly it’s tough to deal with a problem when you can’t even afford to get angry. The situation surrounding Dunya and Isaac was tragic enough that it couldn’t be helped that Alibaba would get swept up in it.

Only gets worse when you have to deal with someone who is most definitely a cheap piece of work. The guy exists for you to hate him so hard not to do exactly that. Dunya gave everything and in the end was disposed of to further the plan. In the end it’s not surprising that Dunya fell into the darkness herself. When the world puts you through that kind of hell, only certain people are going to avoid resenting the world and their fate. Could feel Alibaba’s frustration since it’s hard to hate someone who you can sympathize with. And fighting against someone like that is just uncomfortable. 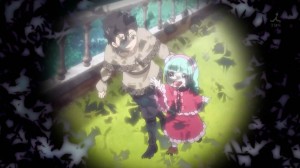 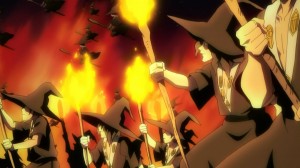 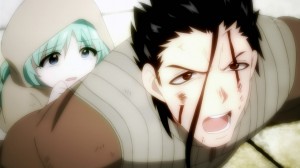 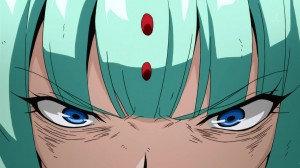 Honestly, what Dunya went through does truly suck. She lost everything and then it only got worse. Her home, status, lifestyle, and then even Isaac. The person who swore to protect her no matter what, the person who cared more about her than his own life. Isaac was a truly respectable guy. He did everything he could to protect Dunya, but in the end he just didn’t have the power to accomplish it. Just shows how many terrible things are happening in that world. Nations rise and fall due to the desires of people and the puppet masters playing with lives behind the scenes.

Now it’s all up to Aladdin to do something about this situation. Somehow he needs to get through to Alibaba and bring him back. Certainly we’re not going to end anything with the main character turning bad on us. It is a bit frustrating how they use Alibaba like this and keep putting him through this. Had to break him with Dunya’s past and then just have him snap. Though in the end I’m sure Aladdin can reach him. It’s just a matter of hanging in there. Regardless, it’s not a good sign having a Dungeon Conqueror like Alibaba turning dark on them. That kind of power is just dangerous. 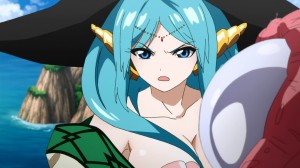 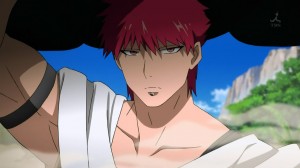 Not that things are going well in Sindria right now. I mean a black mass that looks ready to devour the island isn’t something you’d like to have visiting. It’s kind of a problem since something that massive isn’t going to be easy to deal with. You can’t simply attack something like that. I suppose the bet will be whether they can get Sinbad healed in time or not. I’d bet someone with that kind of background has enough power to deal with the problem, but right now he can’t handle it.

His Generals are doing a good job holding the line though. Not surprising that once they started to make use of their household vessels they were able to take care of their opponents without too much trouble. Right now they don’t have to worry about the minor attackers, it’s just that no matter what they do the main threat isn’t so easy to handle. At the same time it was still plenty fun to watch them go and crush those dark metal vessel users. It just shows how far above everyone else Sinbad and his group are. They’ve managed to conquer so many dungeons and have a lot of experience. No surprises that they are making their way without trouble.

One more note for Dunya, too bad for her that big attack was a failure. Nothing like showering your foes with a near infinite amount of blades XD. It was a total miss but still, not many would have been able to handle that attack head on. Sadly for her that was her all or nothing attack and she got a lot of nothing out of it. 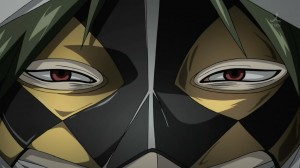 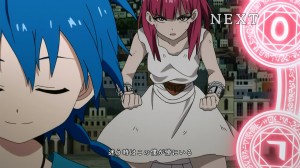 Now to see how the next episode unfolds. Should continue just jumping between the battle to get Alibaba back to normal and saving Sindria. Still a few cards to play on both sides I’m sure, so we should be coming to a crazy conclusion for this arc.
Score: A-