In case you missed it, earlier this month it was revealed through the Jump SQ Magazine that the Fairy Tail Anime will end its television run on the 30th of March, 2013. 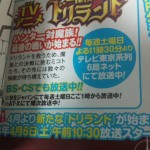 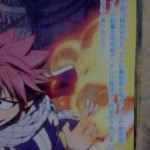 No reason was given for the sudden stop of the series, and fans were obviously distressed. The doom and gloom atmosphere sounded to mark the end of an adaption that had so much pontential.

In a welcome change of affairs, good news and new hope was given to fans via mangaka and original creator Hiro Mashima-sensei’s twitter:

“it’s actually not over yet. I can’t say more than this, but I hope you watch the rerun starting in April and wait for the day I can announce some good news.”

He added in English, “Anime is not the end. Don’t stop believing.”

Fans can hopefully rest easy and watch the re-runs for Fairy Tail that will start from the Thursday after it ends on April 4 at 5:30 p.m. under the title Fairy Tail best!

In many ways, it might seem that Fairy Tail is going to follow a similar pattern to perhaps Gintama, which has been added new episodes interspersed with re-runs.