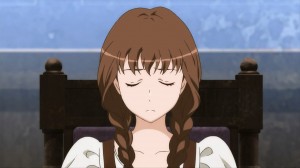 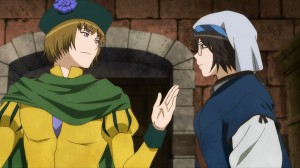 You can certainly see everything building up to some major event. That speech from the Older Sister really helped spark things. The world is really starting to move now and it’s going to be difficult to avoid a bloodbath. Especially with Maou still out of the picture. The real question is whether the Hero and company can avoid casualties that would truly spark a long lasting war. It doesn’t do much for peace to just change who you are at war with.

Unfortunately the merchants are helping to create more chaos here. Causing that wheat mess really put more pressure on the Central Nations to find access to cheap wheat. There really wasn’t a great option for the Winter Country to avoid the problem. Either create high tariffs to discourage trade with other countries or allow the Central Nations to buy up all the wheat within your country. Even with the potato boosting the overall food supply you can’t just lose that much food all at once. The tariffs were probably the right choice, but the problem is that it lead to a war. Once those countries couldn’t get the food anymore they had to find another way. No reason to avoid going to war and with winter approaching they’d be in a hurry. 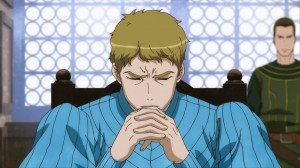 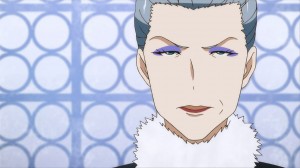 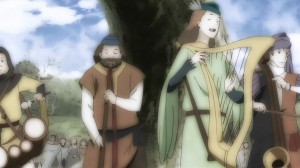 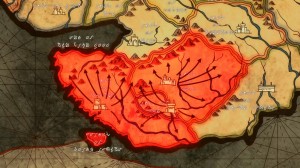 The question right now is whether they can hold off the battles until winter hits. At that point it will be too hard to invade the Winter Country. As anyone who knows history could say, invading a country in winter just sucks. It’s cold, it’s miserable, and you will lose more people to disease then you would by fighting. If winter hits they will have to pull out and wait until spring. It’s not a permanent solution, but it would buy them some time. Hopefully enough time for Maou to return and to get another keen mind involved in finding a solution. The only issue is buying time and maybe getting lucky for snow to come as early as possible.

An interesting result for the world though with the serfs being liberated in that country. It had to happen after the Older Sister made that speech. You can’t go and make that girl a saint without following her words. It meant a major internal shift, but they are now moving to a different kind of nation. The feudal system is starting to say goodbye and in a hurry. They have potatoes, they have a printing press, and now they have a new message for the world. The issue is building up their country by increasing their population.

On that note it was an interesting discussion in terms of how to increase the population. Should definitely be possible to appeal to people no longer wanting to live in the old feudal system of the other nations. It was just a question of telling them that. The printing press was huge, but it’s effect was limited by the fact that so many are illiterate. So the bards were a good way of spreading the message to those who didn’t have the means to learn otherwise. A good suggestion though not to blatantly talk about their teachings. The last thing they need is to draw the church’s ire towards even more people. Getting the bards in danger would be a bad move. The Older Sister’s suggestion of talking about the actual situation and benefits was a better way. Let people make their decision by giving them the facts on what they’ll be getting themselves into. 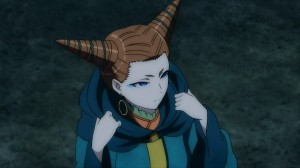 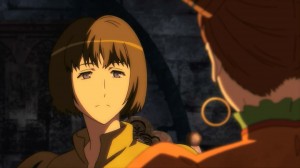 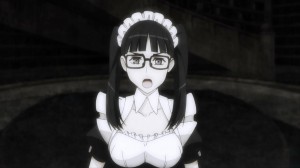 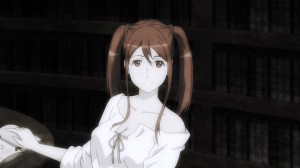 An interesting situation though with Gate City. It did force another encounter between that Dragon Princess and the merchant. Maybe another key step in making him think outside of simple profits. Though I can’t help but think he’s just going to use her abilities to help secure better deals for himself XD. That is an interesting matchup though. A pretty entertaining demon and a merchant who can be diverted away from Maou.

I also found rather interesting Maou’s personal situation. It explains why she was lacking the major power that you might expect from her position. In the past you could see Maou and Hero clashing and reaching mutual destruction in the process. But Maou just spent enough time in that chamber to gain the authority and title rather than the actual power. It probably helped in terms of avoiding the augmentation that would lead to her being truly changed by the process. Though it seems like she was unable to avoid a long term visit. I just hope when she comes out there will be enough of her left to avoid the Maou herself from becoming a threat.

Also, was I the only one slightly creeped out by the fact that she has been targeting the Hero since he was a baby XD? Talk about long term plans. But really, she put everything on the line on the hope that things would turn out like this. Now they have a powerful united front that can be used to try and change the world for the better. Let us just hope that Maou can return as herself or else there won’t be anything gained. 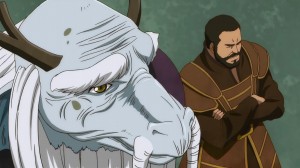 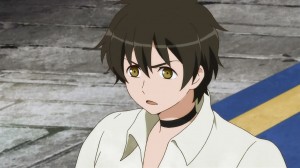 The Hero can slaughter any army sent against the Winter Kingdom, but they already know that won’t lead to peace. Power just won’t create a true and lasting peace for them all. So somehow another way will need to be found. The next episode should be rather key in determining how everything works out.
Score: A