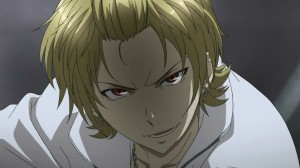 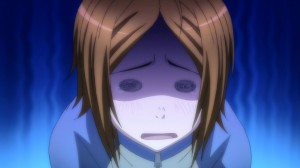 I have to say the next episode sounds like it will be rather entertaining. Not that this episode wasn’t a good one, but think there will be some chuckles upcoming. There were a few entertaining encounters such as between Hanemura and Mahiro. Those two did make an odd kind of combo. While having very different personalities, they certainly clashed in an entertaining way. Mostly Mahiro beating the snot out of Hanemura and Hanemura in turn throwing out the “siscon” that people have been thinking of but never saying in the series.

It’s just a series of contradictions with Mahiro. He’s not a siscon because Aika isn’t his blood relative, but he’s not in love with her because she’s his sister….Well I suppose it’d be tough for someone like Hanemura of all people to make Mahiro face to his own feelings towards Aika. Not like it matters though since she’s been dead since before the series even began. The training portion was pretty fun. Mahiro was just beating the snot out of Hanemura. It’s a tough spot since he doesn’t want to hurt Mahiro which he could easily do with that much power. Though even if he did it’d just prove him as being able to kill. I’m sure at this point Mahiro is mostly satisfied, but is just keeping this up because it’s fun and they don’t have any other suspects right now. 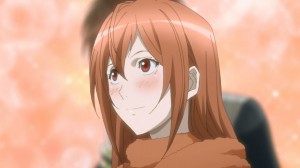 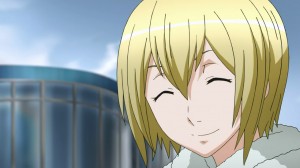 The tale of two guys with girlfriends no one has seen. Yoshino and Hanemura have kept this mystery women out of everyone’s sight. Though to be fair with Hanemura it’s mostly because he got dumped. Will say I got rather suspicious with the line “she’s pretty harsh in general, but she can be really cute, too.” They wouldn’t do that would they? I swear if his girlfriend is some Aika variant I’ll just laugh myself to death. I mean think about it: Aika is the priestess of Exodus, gets involved with Mahiro and Yoshino for the sake of her own plan. Then she goes out with this guy who gets the power of a mage of Exodus. Of course timeline wise it’s flimsy. Since at that time he was still going out with this mystery girl, though I suppose with magic anything is possible. Very unlikely, but at this point I’m just trying to figure out what is going to happen and what role Aika is going to play. I can’t believe all this will be done while she remains dead.

A shocker for Hakaze who is forced to face her own feelings. It wasn’t a fight for Jun to make her reveal how in love she has gotten. It’s reached the level of stupidly in love XD. Once she got started she really wasn’t in a mood to stop talking about Yoshino. Of course Jun brought up a rather key argument. If she falls too in love with someone wouldn’t the Tree of Genesis do whatever it took to make that match happen? After all, it will need another Priestess down the road. Ironically though that is not an actual problem. I don’t think the Tree of Genesis could make Aika any more dead than she already is. 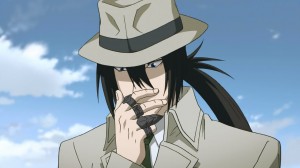 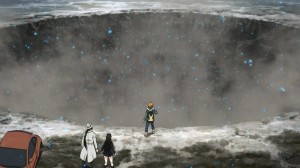 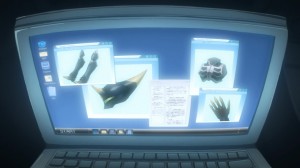 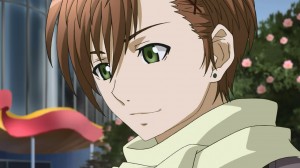 I suppose this is why the hidden truth is becoming a serious problem. People are speculating and conspiring over false assumptions. It makes you wonder what the real truth of the matter is. Who is the real threat besides these trees and what is going to happen next? Everyone is just plotting on their own and only sharing as much as they need to with the others. Hopefully, it doesn’t end up burning them.

Also, are they going to completely drop Mahiro asking Yoshino about Aika’s boyfriend. I know this Hanemura guy is a good distraction, but I’m surprised he hasn’t called and demanded the information by now. It may not be the killer, but that information does still have value to him.

For now, I suppose we can look forward to them continuing to test Hanemura’s power. There wasn’t any visible reaction to him blowing away one of the trees. Well besides the giant crater he left behind XD. That guy has some insane power. I suppose it makes sense though that he of all people has it. Someone who wouldn’t actually use it to take someone’s life. Could you imagine the chaos if someone like Mahiro had that kind of magic? The world wouldn’t last while he interrogated everyone on the planet in order to find Aika’s killer. I look forward to seeing how this show they are putting on goes. I’m not sure what is being tested though. How the Tree of Genesis will respond? If so why draw a crowd? 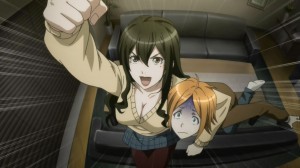 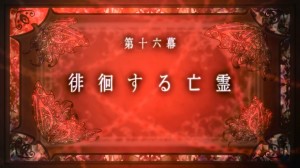 Things continue to slowly move along. It’ll probably stay like this until a firm goal can be found. Right now they are just trying to find their way in this changed world. Everyone is adapting and trying to sort out their various goals and interests. With the danger of some insanely powerful trees hanging overhead I suppose it can’t be helped.
Score: A-