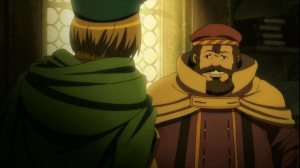 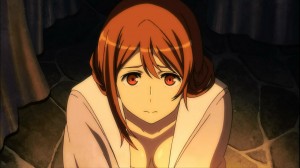 Well it looks like the series is starting to reach out into the bigger picture again. They set up a few different plot threads to keep an eye on in the coming episodes. Of course the Merchants are going to be a serious issue with what they have to lose if things start to change in the world. Finally the Hero has something he can do in going out to find his former companion. Knowing that the mage went out there to find him only makes it more pressing that he leaves in a hurry. Of course the visit from the Knight should also make things pretty stressful. Good times ahead and it feels like we won’t be left too bored.

I did get a laugh from the relationship between the Hero and Maou. They’ve been together for a while now, but there really hasn’t been that much progress. Of course she has been busy trying to take care of the food problem and the Hero…well he’s just been bored. Sadly he’s too strong for farm work XD. Talk about a skill set that will leave him rather useless when they finally achieve peace. I suppose the Head Maid has some points to be made, but she is rather blunt about it. Still it’s not like her “useless fat” is what is slowing those two down, it’s more a personality thing. They’ve just got a lot on their plate and aren’t used to this kind of situation. 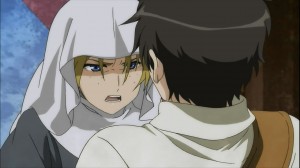 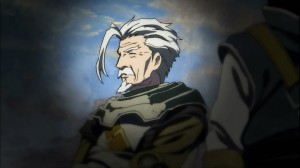 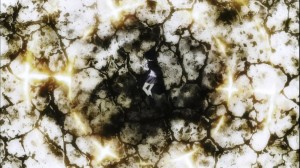 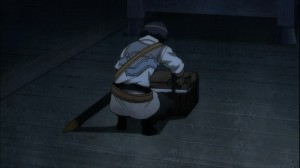 It was clear from the moment they said the Mage was in the demon area looking for the Hero that he had to go. A comrade in trouble is just not something that he can sit around and ignore. As much as working towards this peace is key there are some things he can’t sacrifice. Besides he’s probably felt rather useless for a while so getting out and doing something should be good for him. The key will be somehow tracking her down and getting her somewhere safe without causing a scene. I did get a laugh from the fact that the Maou gave him a suit of black armor. Looks like the White Knight is going Black for a while XD.

It was interesting to hear about what happened to his party. Without that central figure they just split up. The Knight couldn’t accept taking money from the Hero’s possible death and went to a church to at least help people out, the elderly member got into an intelligence organization. Sadly the last member is probably going to cause the most trouble. It was probably easier when he didn’t know what happened and assumed they just went home. But now he’s got to take some responsibility for running off on his own like that. 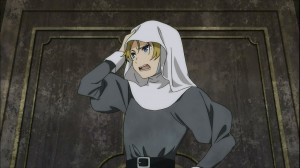 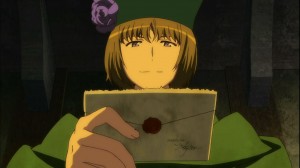 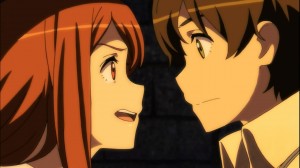 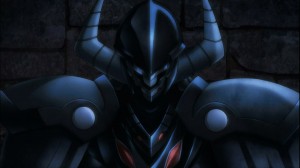 Hopefully that Merchant won’t cause too much trouble before the Hero can get back from this trip. Not surprising that a group like that would want to monopolize a new useful technology like the improved compass. Still, it sure sounds like they are considering hiring assassins to get rid of Maou to make sure nothing spreads. While she has started small, Maou has started to get some attention from those who are keeping an eye out. It will be tough to get anywhere if a powerful group like that outright tries to stop her. Somehow they’ll have to get around that problem.

Seeing the reunion between the Hero and Knight was pretty entertaining. She was rather pissed and for good reason. He runs off on his own to fight, goes missing, and just casually shows up with some girl XD. It would make you wonder just what he’d been doing all this time while they were worried sick about him. She seems like an entertaining character to say the least. There might have been some romantic interest, but clearly nothing is going to happen at this point. Let’s just hope that she doesn’t sniff out anything suspicious. Explaining his ‘alliance’ with the Maou would be troublesome to say the least. Though who knows how she might really react in the end. While he did do something reckless in running off on his own she should know he’s not a traitor to humanity or anything. 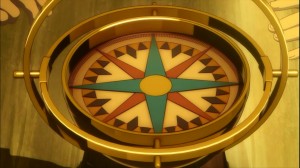 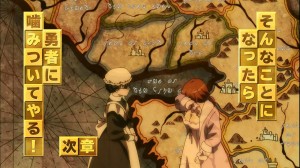 So here’s hoping the next episode will bring a little bit of action. If the Hero has to deal with trouble in Maou’s territory while looking for the Mage, it should get pretty entertaining. Let’s hope the action does not spread though to Maou herself until the Hero manages to finish up his work and get back.
Score: A-