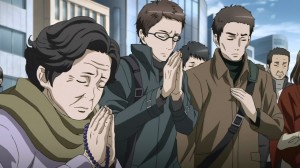 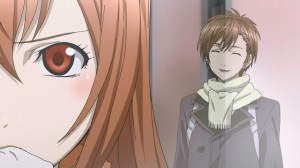 So this gave us a chance to catch up with Hakaze and Yoshino who were mostly footnotes in the last episode. It seems like they are doing alright and are just taking in this whole new reality. I’m not really surprised its taking time for anyone to know what to do since the pure insanity of what has happened is right up there.

Kind of funny that we have Hakaze falling for Yoshino since it just makes everything even more complicated. Might as well make things even weirder for the whole group. I mean we have Yoshino who was dating Aika, who Mashiro liked, and now Hakaze is in love with Yoshino. I have no idea what is going to happen with this. Frankly I wonder about her odds since it could go rather poorly. I mean sure Aika is dead, but Yoshino hardly looks ready to just move on either. 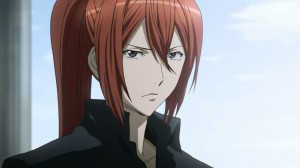 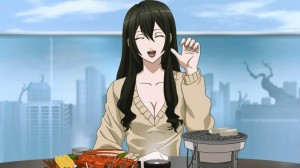 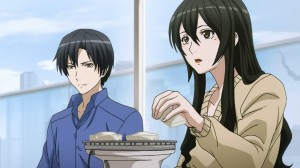 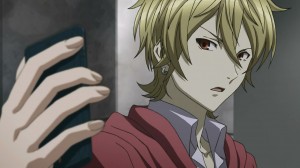 Of course not like Hakaze is completely in the dark. She does know that Yoshino “has” a girlfriend, so don’t think she’ll do anything too reckless. But at the same time we are talking about someone who’s been rather sheltered (like being trapped on an island for months). It might be tough for Hakaze to keep her head cool in this situation. Yoshino is someone she does trust and frankly was the key in her getting rescued. Despite Samon’s theorizing, in the end it was Yoshino who put together her rescue. It’s not surprising that she’d see him in a pretty positive light.

I just had to laugh that after all Samon’s speculation, the end of the episode leads to the announcement that they found the mage of Exodus XD. I suppose you could spin this as proving his theory since it’s rather convenient that they find such a person at the time when Yoshino is being doubted the most. Still we haven’t seen any evidence that Yoshino has that kind of power. Certainly the only thing that shows him in a really uncertain light is back in the opening episodes. That line about Yoshino being able to calmly shoot a gun if he had to. But still, he obviously didn’t kill Aika (short of brainwashing). 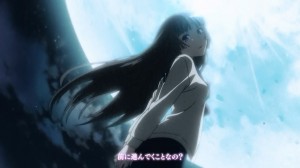 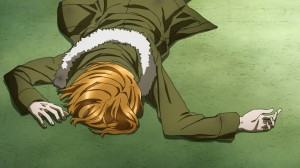 If you want to pull out any speculations as to the true priestess of Exodus, I’d go with Aika. I mean really it was her death that caused it all to happen. If the Tree of Genesis wanted Hakaze free it could have done anything to manage that. But so much of what has happened is all about Aika. Even Yoshino’s actions in the Hakaze crisis were based on Aika’s words. Frankly it’s just way too suspicious. I’m still not convinced that she’s 100% dead for the whole series. Yoshino remembered about the Tempest at a pretty convenient moment after all. At this point rather than super powerful trees, I think Aika will be the ultimate villain of the series XD.

As to the actual mage of Exodus….umm well interesting guy. I mean he’s not a bad guy, so that’s nice. It seems like they’ll be able to recruit him into the group and that will make things easier. If they have someone the Tree of Genesis can’t interfere with that might tip the scales in their favor. I mean the guy needs a lot of help to improve, but he has power to tap into. Another guy with an awkward relationship with girls though…Somehow I think if you need to save the world to get a girl to talk to you, it’s probably not going to work out long term. 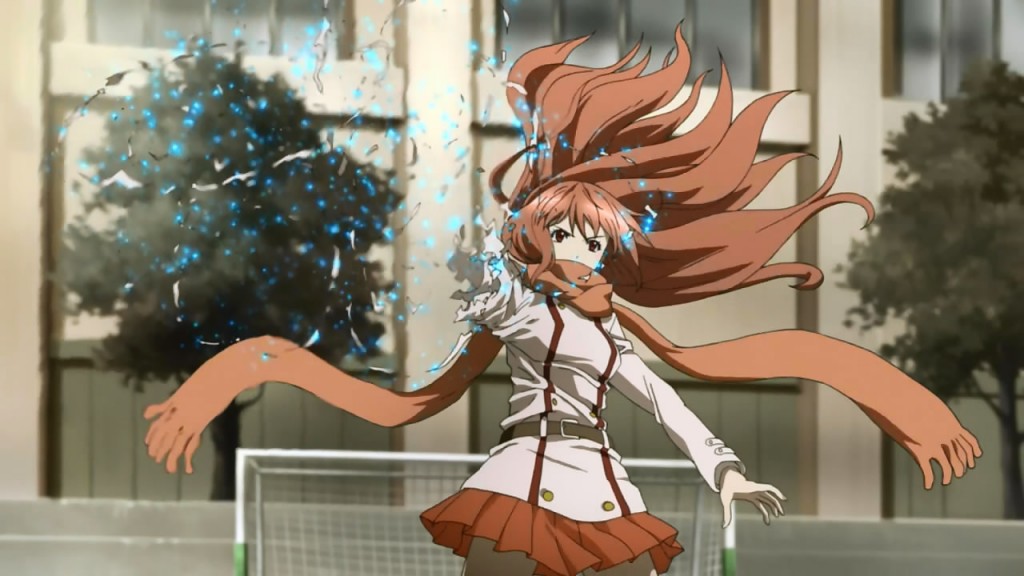 I have to say though…is Hakaze insane!? I mean she let her arm get blown off! I don’t care if you are the most powerful mage on the planet, there is to be no loss of limbs please. I was literally saying “WTF” when that attack hit. Thank god she was able to restore her arm. I can’t blame the guy for freaking out after doing that. Hakaze is a pretty cruel tester.

Good on Mahiro for not getting carried away here. He had the intention to protect Yoshino since everyone is suspecting him. I feel bad knowing he’s going to be hit so hard when he finds out that Yoshino was dating Aika. Obviously he’s not giving up on finding Aika’s killer, but at the same time he seems to be pretty mellow right now. No matter what he says the guy isn’t happy about everything that’s happened. He certainly doesn’t want to lose anyone else he cares about here. 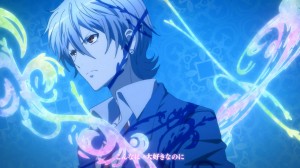 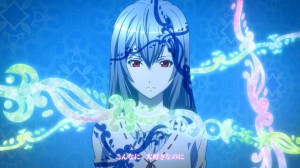 We got the new OP this week and I’d say it wasn’t bad. The song was pretty solid, though personally liked the first one a little bit more. Visually it was pretty busy jumping from varoius groups as it appears the series is really going to branch out a bit. Saw plenty of Hakaze and Yoshino, along with Mahiro apparently training the Mage of Exodus. Seems like there will be a lot of trouble in the future and the mystery of Aika will only continue onward. 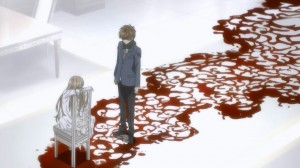 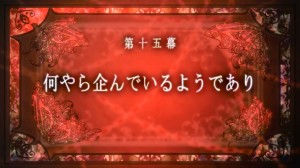 So, not a bad episode. Had some laughs from Hakaze’s behavior, but also a few scares. I’m just really interested in seeing what direction the series goes. You have a world that’s been seriously shocked by the Tree of Genesis. Hakaze’s faith has been shaken and they still don’t know who killed Aika. Just about anything could happen right now.
Score: A-