There’s an unwritten law that dictates that animated or live action adaptions of games rarely go well, if ever. Fall 2012’s Btooom!, however, is actually a series that is the exception to the rule, and sits in the rather uncomfortable position of being a good series that will probably never achieve the proper appreciation and fame it could have.

Btooom! Is actually the animated adaption of the manga of the same name, which revolves around the concept of a fictional multiplayer online game. There’s an added degree of challenge associated with injecting a story, a very linear story into something like an online multiplayer game, which is the very definition of a non-linear experience. 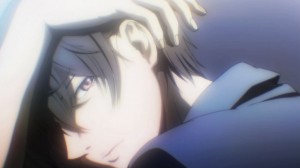 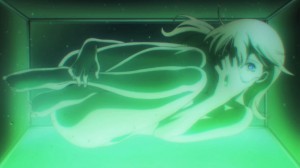 The solution the series presents itself is a very interesting one. Instead of creating an “online” virtual world, Btooom! actually creates the premise of an online bomb based death match game coming into the real world with real people. Not just any people mind you, but some of the most vile, twisted or broken individuals of society.

The story revolves around the idea that people who are “hated” by people in society are kidnapped and whisked away to an Island, where they engage in a real death match to gather 8 chips and escape. All while various people watch the sick and twisted gladiatorial display as a sort of reality tv show. 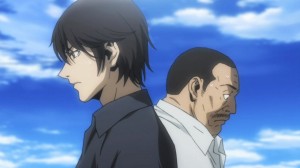 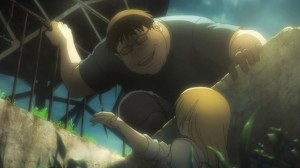 Btooom! is through and through a Senin show, and it shows the rather dark aspects of people when put into extremely twisted situations. The parallels between Btooom! and popular works like Gantz are easy to draw. The series features gore and sexual/adult situations in large doses, with an attempted rape scene making it into one of the early episodes of the series. It’s definitely not on extremely graphic levels, but this a series that can be hard to swallow for those not accustomed to that sort of thing.

Moving back to what the series borrows from other more established works, the series’ main character, Ryouta Sakamoto, actually even looks a lot like Light Yagami from Death Note as well.  It’s an odd choice for sure, especially given that Ryouta actually is a well-developed, deep original character. 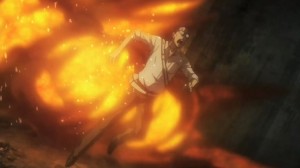 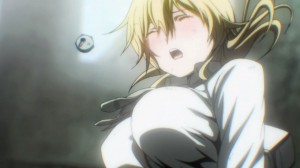 In fact, most of the characters in the series are well done, if from the skewed perspective that the series takes towards people. Every character has a good reason for being on the Island, and a twisted back story and tragic life that is slowly outlined through various events and flashbacks. Its hard to call them realistic, but they are definitely believable. The characters kind of highlight the tone of the series as a whole. It’s not realistic, but the series manages to make you suspend your disbelief and have you accept its twisted version of reality and people.

As immersive as the show is though, like a lot of other Madhouse shows these days, the larger story is left incomplete. What does work well in the series favor is that the main protagonist, Ryouta and Himiko (the series heroine) both go through their first character arcs, and the resolution at the end of this 12 episode series is rather sweet. It’s a decent pay off for anyone who’s been enamored with the main two characters, as the series works through their back stories, their relationship with one another and the issues that have been ingrained in them. 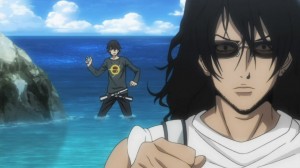 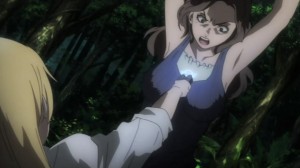 Along the way, the series introduces a wealth of other characters as well, and while the skirmishes or interactions with these characters are introductory at best, they do serve as a nice taste of what a future season or the source manga have to offer. For those who expect their anime to be a full story (are there really any of you left these days?) this series will be another to add to the list of disappointments.

Production Quality wise, all that there is to say is that it’s a Madhouse production. Not only that, its Madhouse working on a grim, dark and gritty gore and sex filled show, something the studio excels at. Its no surprise therefore, that there’s nothing really from the production side that sags or drags down the experience even a little bit. Animation is smooth and clean, the art direction is the same crisp and realistic stuff we’ve seen from Madhouse in titles like Death Note and Rainbow.

The voice acting is also top notch. The series benefits from newcomer Kanata Hongo helming the voice behind Ryouta Sakamoto, in his first and very well accomplished role. Right behind him are vertern seiyuu like Takaya Kuroda, Yuuichi Nakamura and Suzuko Mimori among many others lending their talents. Supported by a great musical score and a great OP/ED set by May’n and Nano. 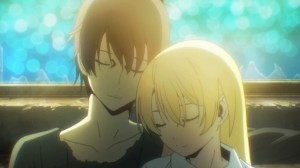 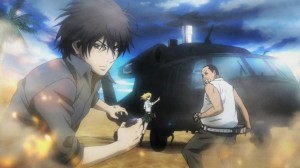 At the end of it all, Btooom! Is a series that will probably not turn any heads or really change the way we fundamentally view anime as a medium. It will, however, be a good and enjoyable series for those who prefer their anime with a bit more grit, violence, gore and mature themes to them. It’s hard to give it a great grade given how the story remains largely incomplete, with a second season far from sight (based off of Blu-ray sales in Japan). We award Btoom! with a solid B+.