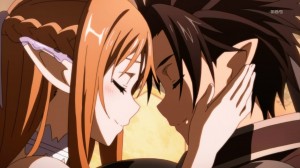 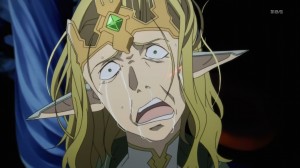 There is nothing more satisfying than a pathetic villain getting his just desserts. Sugou was a horrible piece of work and deserved every bit of suffering that he endured in this episode. I mean they did a good job making him completely unlikable. There was nothing but satisfaction as Kirito cut him to bits. Certainly this arc has been a bit of a one-man show at times and it continued here. For anyone that wanted Asuna to be more than a damsel in distress…they weren’t getting it in this episode. Not that it’s her fault and at least she managed to do something to help herself earlier, but this really was Kirito vs. Sugou.

I’m just glad all those people trapped in the game are freed. Of course it’s hard to say just how they are going to end up now. They’ve been put through mental and psychological torture that I can’t even begin to imagine. Who knows what kind of mental states they are going to be in and if they can ever recover. Asuna had it rough, but it can’t be compared to what those people went through. Just hope they manage to pull through and are able to get back into the real world. At least Asuna will have Kirito by her side to help with the transition. The real bonus here was the family reuniting. Asuna got to see Yui and Kirito again even if it quickly went downhill in a hurry. At least this unusual family will have plenty of time to spend together from here on out. 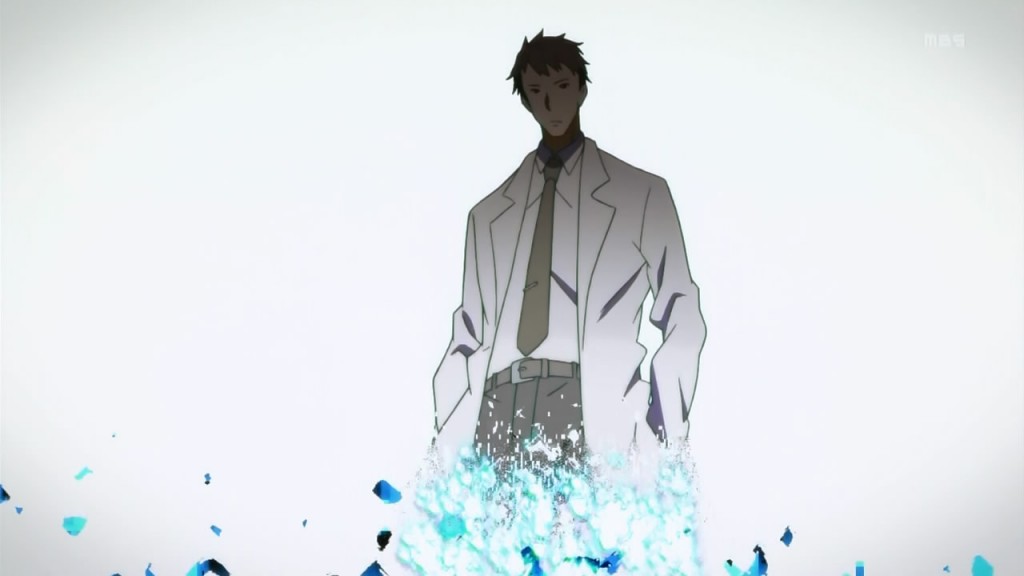 Honestly one can’t talk about this episode without discussing Kayaba. I’ll say right now I can’t really accept Kirito giving that guy any positive comments. We’re talking about someone who kidnapped 10,000 and killed 4,000 of them. That’s a twisted mass murderer and not someone you say thanks to. The most positive you can say about Kayaba was at the end he took some responsibility for himself and at least allowed a “fair” one-on-one fight. As fair as you can get from a guy who probably hacked his own stats and knew the sword skills by heart. In the end he had an out and didn’t take it and I can appreciate that. But he also went through 70+ floors with no risk of harm with the system protecting his health past 50%. He took away any counseling that Yui could have done and inflicted severe psychological trauma onto those who survived. We’ve already seen the post-traumatic stress that Kirito is suffering from and it’s probably worse for others.

Let’s face it Sugou wasn’t any better and in some ways was worse. While he only had 300 people he put them through even more psychological stress and suffering. He would have tortured more if he could have captured more people escaping SAO. He was a twisted person who had no problem hurting innocents. On top of that he was an insane pervert who put Asuna through numerous sexual assaults. But in the end how much higher can I put Kayaba over this guy? They both ruined lives for their own crazy goals. Both of them deserved what they got. 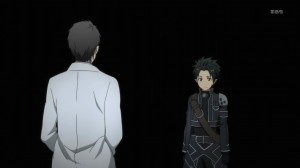 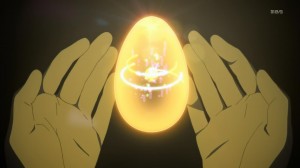 So as to Kayaba expecting compensation for his help, I’d be tempted to throw that Seed into his face. The least he could do was clean up after himself. His technology and kidnapping of 10,000 allowed Sugou to do this. Of course there is no point talking to a computerized echo of the man. Yui is one thing, but I don’t think the replica of someone who didn’t have the morals to care about what he put 10,000 people through would ever understand human suffering.

In the end though the technology itself isn’t evil. A virtual world that feels real and you can interact with is something amazing to behold. The world itself was not the problem. The problem was the humans who controlled it. Kayaba and Sugou put people through hell because they could and used that world to do it.

So the question comes down to what to do with this Seed that Kayaba gave to Kirito. I’d probably try to figure out what it is and make use of it. I’d guess it creates a world similar to SAO if not the same. Might as well let it do its thing. Destroying it won’t bring back those who died or punish Kayaba any more than death should have. Might as well let a world be made and see what good can be found. At least that’s how I would treat this situation. 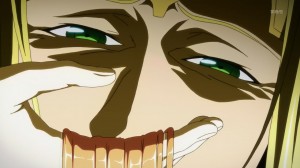 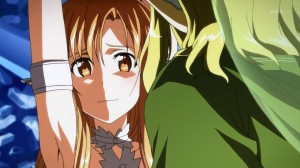 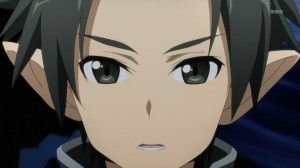 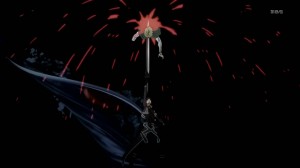 Now let’s just focus on Sugou for a bit. That guy really was a twisted piece of work. If the point of this episode was to creep me out then it worked. A very large chunk of this episode was that guy molesting Asuna. It was beyond creepy. I’d love to say that he was bluffing, but frankly I’m sure this pervert would have done everything he said. Would have raped Asuna in the virtual world and then gone after her real body. Was sorely tempted to skip through this. I’m sure Sugou was waiting for this. The best chance to break Asuna was to have Kirito there, but unable to help her.

So will say I’m very much glad Sugou got taken down here. They finally reveal the pain absorbers that made SAO and ALO work. People could get stabbed, but keep on going because the pain wasn’t reaching them. But when they are set to the minimum…well it’s a different story entirely. I was very much happy to see Kirito just cut that guy to pieces. Legendary weapons don’t get the job done when you have no skill yourself. Can only imagine the agony as Kirito literally chopped him up. Normally you’d never be able to go through that kind of agony. Now it probably didn’t actually kill him even if the pain was actually reaching him. Sugou did say there’d be effects on the actual body, but who knows what that might lead to. Either way, Sugou got what he deserved and Asuna being awake should provide enough testimony to have him brought to justice. Kayaba might have escaped through death, but we’ll see about Sugou. Of course he might have gotten a heart attack from everything Kirito did to him, so who knows. 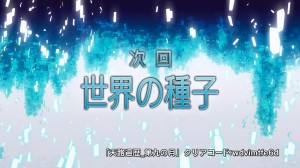 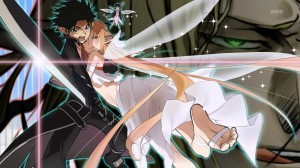 So basically this episode was the Asuna rescue episode. They accomplished that goal and finally this adventure seems “over”. Of course it isn’t over yet with another episode coming, but I suspect that sets things up for what comes after. The anime might be done, but the novels certainly over at this point. The positive is that doing it like this should allow them to continue with a second season if they want to. I’m just glad Kirito made it out in one piece and Suguha was recovered enough to send him on his way. It is too bad that we aren’t going to get any epic final battle from the series. But Sugou was never going to give us that so it can’t be helped.
Score: A-