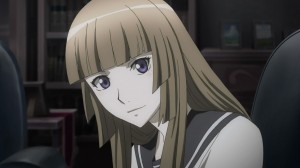 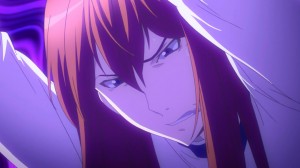 Well things are really getting crazy now. Though I suppose considering we’ve had Hakaze’s skeleton hanging around for a couple episodes that is a given. I really didn’t expect the twist they tossed into the equation at the end of this one. Though I suppose that is the same for everyone including Simon who remains the most entertaining character in the series for his visual reactions.

They really have spent a long time at this showdown with Samon, but I suppose that’s only natural. This is a pretty pivotal moment in the series. Saving Hakaze is one thing, but also figuring things out about Aika’s death and what to do about these two trees that we can’t really trust either way. I mean think about it, we’ve cut down a lot of trees over the years. I can’t imagine either really wants to cooperate with us. 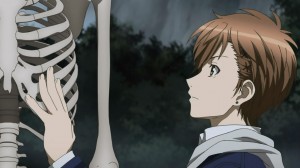 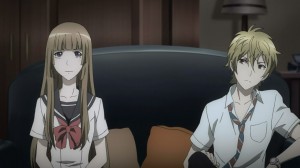 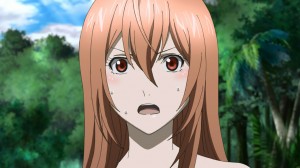 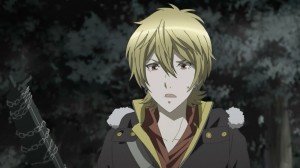 Pretty much have to jump on the main question brought forward in this episode. Just who the heck killed Aika? I thought for a moment they might suggest Junichiro who remains pretty damn suspicious as being the culprit. But instead they throw a curve ball that maybe a princess of the Tree of Exodus has come into the picture. If that’s the case that might be someone that Hakaze’s weakened tracking spell might not have been able to get a hold of. It only made sense that a member of their clan killed Aika since the other option was too extreme to take seriously until now.

I have to feel for Mahiro and Yoshino who really get hit by this one. They were certain that the killer was close, but now it’s back to being possibly anyone. Of course when you think about it that person can’t be that far out of the picture. The tree is getting closer and closer to being awakened with the increased efforts of Samon’s group. You’d think that person would remain nearby to assist if things became problematic. Of course it still makes one wonder why would this Princess of Exodus kill Aika? What benefit does it give to help create a situation where Hakaze might return and stop this? Of course we’re then discussing the effects of the trees which might throw events into chaos on both sides. The death of Aika just continues to be more confusing. I’m not sure what Mahiro will do now, but he has less reason to side with Samon at the moment.

At least we are close to getting Hakaze back which is something. Plus with this latest news they might not have to feel so bad about Aika’s death. I mean if it was someone connected to the Tree of Exodus then this wasn’t all just the Tree of Genesis trying to get help for Hakaze. Of course who really knows what forces are playing the biggest role. For all we know Aika is/was that Princess and somehow even she can be brought back from the grave. It’s just getting a bit confusing on some levels. 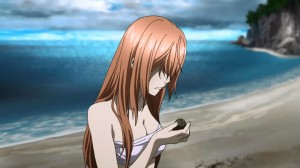 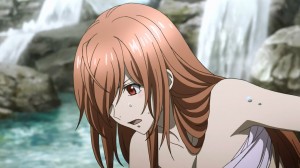 Will be nice to see Hakaze in the present. Makes you wonder what Samon hid and where. It had to be something fairly easy to get to since they might need Hakaze back in a hurry. But at the same time it can’t be something that she’d stumble upon by accident. They didn’t need Hakaze somehow messing up the time-space continuum by getting herself back when she wasn’t needed. Let’s just hope she can hurry it up since I really don’t know what is going to happen here. Mahiro is in a confused state with one hell of a powerful weapon at his disposal. He might just start firing for the heck of it. I am glad they figured out the method to get Hakaze back though. It would have sucked to have her die as well on that island.

Kind of a creepy method of getting her into the present though. I mean damn…moving her flesh to her skeleton in the future? That’s just plain old weird. We’re talking about sending organs and everything through the passage of time into the future here. Not that it hasn’t been done in other mediums. It actually makes me think of Terminator. Just kind of odd in some ways. In the end if it works I suppose that’s the key thing. Hakaze won’t be complaining if she’s alive and off that island after all. 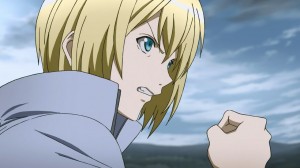 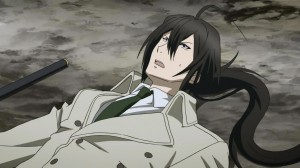 Moving onto other topics, what the heck is Junichiro? I’m sure it was done intentionally, but I’m left just as confused as anyone as to what he did. Somehow managed to stop an attack, but even more impressively he caught up to high speed magic and prevented a retreat. The one mage in the clan supposed to be skilled in combat was getting owned without a problem. I suppose with that kind of power it’s pretty easy to remain neutral. Though I do wonder about his motivations. He helped out for the sake of Yamamoto’s breasts? Obviously he was there to see how this would all unfold, but I suspect he took action to prevent any more people getting hurt here.

This whole Kusaribe clan members can’t kill thing made me laugh. What do they think they’ve been doing all this series? How many people have died through their attempts to revive the Tree of Exodus? All the people in that army died either from getting turned to metal and if that wasn’t bad enough the entire air force crashed. This is insane casualties and good luck spinning those deaths. It’s just silly to say “oh we wouldn’t commit murder”, but thousands if not millions are dead because of Samon’s group. It’s really playing with semantics here. Apparently long as they don’t do it directly it’s fine to kill. Like throwing people into a pit of vipers and saying “I didn’t kill them, the snakes did.” Though even if they do kill someone they just need a trees permission to be in the clear. 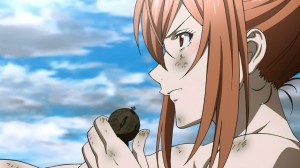 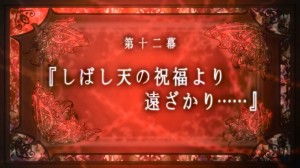 Well this episode should be setting us up for some real craziness next week. The fruits are coming in at top speed and now we have confusion over this Princess of Destruction. Anything might happen at this point, but I’d be fine with just having Hakaze out of the time prison.
Score: A