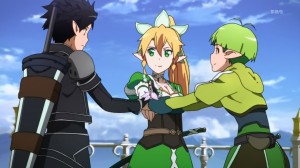 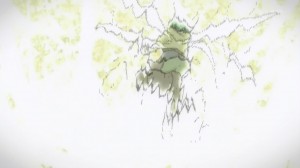 Well this episode did a solid job resolving some of the issues of last time. It resolved them about as much as can be expected based on long existing issues and broken hearts. In some ways they just kind of pushed the issues to the side to get to the main target of rescuing Asuna. They really did spend as much time as they could with a major conflict still in the making between Kirito and Sugou.

I’ll say this episode had a bit too much Recon. Don’t as me why I’m not a fan of this guy, but just feel that way. Plus he proves to be as ineffective at getting the job as usual. He does display a flashy move, but it’s self-destructive and doesn’t actually accomplish anything. A guy with good intentions, but fumbles it counts. Plus it does kind of piss me off with him acting as usual like Leafa ending up with him is some given fact. Is he writing this story? Seriously thinking a great way to get closer to a girl is to act like they are already together. Was glad when he got knocked down the stairs after trying a dumb stunt like he did here.. At least he was a decent meat shield and that serious death penalty should keep him out of everyone’s hair for the majority of the remaining episodes. 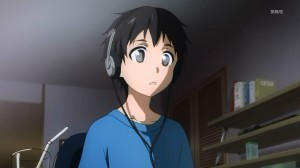 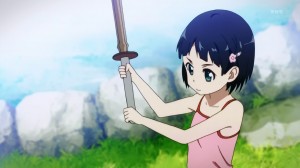 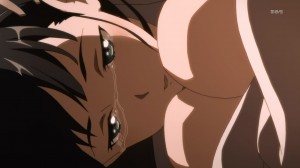 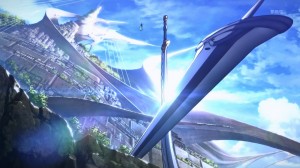 Again it just seems like it’d be ridiculous to expect Leafa to fall for a third person in the second half of this season. Recon isn’t a bad guy, but honestly he really is a “Plan C” kind of person. It’d just trivialize Suguha’s feelings to just have her moving on within no time at all of her second heartbreak here. On that note at least Suguha managed to sort her feelings enough to keep on going. Even during that duel she was in tears, but that chat at least gave them somewhere to start.

It was good though for them to show how things got to this point. Understandably when Kirito found out he wasn’t related there were a lot of issues born from that. His retreat into digital worlds came as a result and that gap between him and Suguha intensified. It got so far that it was actually possible when Suguha found out they weren’t related for her to fall for him. Of course when he got back Kirito was eager to make things right and that’s not a bad thing. It’s just that he didn’t realize what Suguha knew and didn’t see that just going to a sibling relationship wouldn’t solve everything. When you have things like that for so long there are bound to be issues. But at least with everything in the clear they have the ability to both move forward and figure things out.

It did feel like a bit of a cop out though. Kirito hasn’t really come back yet because Asuna is still trapped. It’s pretty much saying they have to put their feelings aside right now and deal with all the pain and suffering after they’ve accomplished the goal. Certainly they don’t have a ton of time to work through this sibling but not sibling dynamic they have going here. Plus if you are going to make this a mess involving Asuna it’s probably best that she actually be saved before they get into it. I mean either way Suguha is doomed to getting hurt, but at least after all this is over she might have the chance to have a tight connection with Kirito. If somehow they can at least build some friendship or rebuild the sibling relationship then who knows. Then just introduce her to Klein and it’s all good XD. 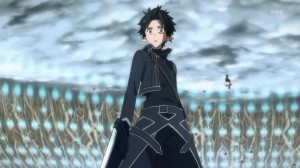 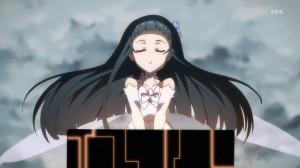 While it was a bit weak, at least things were balanced out going into this battle. They were mostly all on the same page. The problem being is that the quest was quite literally broken. Of course Sugou never wanted anyone to clear it. Just shows the key difference between him and Kayaba. That guy was twisted and got a lot of people killed, but at least it wasn’t completely impossible to beat the game. It just was extremely unlikely with more and more people losing heart and getting killed. In this case it was made to look extremely hard to beat, but actually be impossible to clear. The individual guardians are fairly weak, but the number and respawn is utterly insane. It’s literally impossible to destroy them all and beat the room in any normal sense. They even set it up to have healers be targeted thus making sure the normal raid structure couldn’t reasonably be applied.

I doubt there is another quest to clear the tree and if there is Sugou probably had it disabled. He doesn’t want anyone up there and making it impossible is fine by him. People are addicted to this kind of world enough that they’d keep playing for a long time even in a broken game. But eventually they’d figure it out, but by then he probably accomplishes all his goals. At least this makes Asuna’s gamble a very important one. Dropping that access key let Kirito get in there since otherwise he’d just be swarmed and killed. By then they could send a message saying the quest is broken, but it’d take weeks to have anything seriously be done if ever. 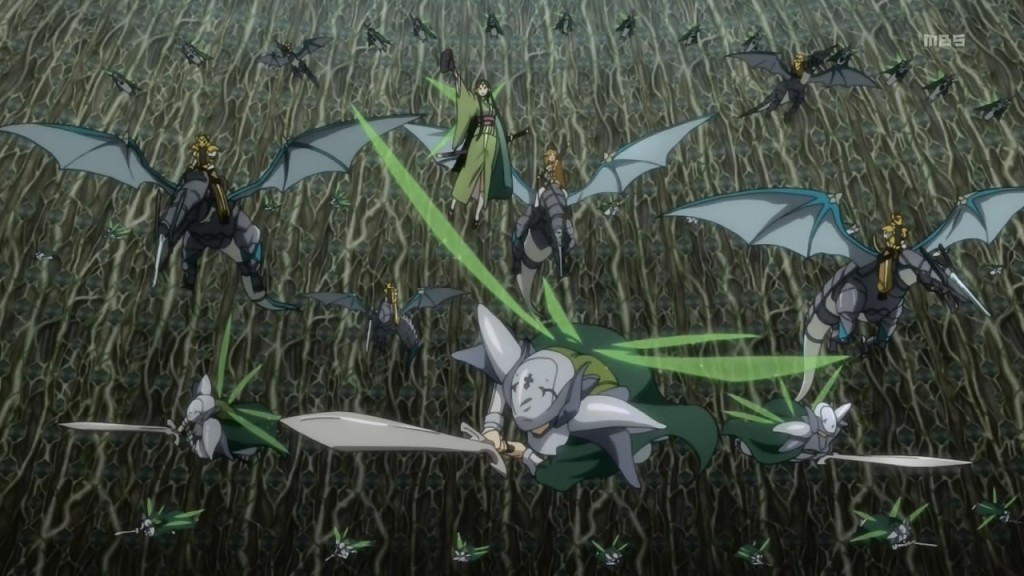 I will say the fight itself was pretty good. It obviously picked up once the backup arrived. It was pretty fun to see all the Slyph coming in there and of course the freaking dragon riders of Cait Sith. Now that’s what I call a solid group of reinforcements. Even then it wasn’t enough to completely overwhelm the guardians, but it did give them a chance to hang in there. Much better than Kirito just going solo on all the guardians and hoping to cut his way through. They definitely brought the firepower to keep all those guardians from just completely overwhelming anyone. It’s always handy having people you can count on to give you a hand and it was proven in this case. Honestly it was probably one of the best group displays we’ve seen so far. A solid duo of Kirito and Leafa at the front and using the rest of the players to help keep the odds fair.

Now I will say it was a bit silly watching Kirito somehow tunnel his way through the mass of guardians after getting Leafa’s sword. Though since it was that flashy I just choose to assume there was some magic cast by Leafa off-screen that applied to the sword and then to Kirito. Either way it was pretty damn flashy. Plus when it gets the job done that’s the most important thing to consider. It’s too bad that Leafa can’t go along, but maybe that is for the best. Wouldn’t be any good on her to watch some sort of reunion between Kirito and Asuna in her state. Let’s put off any more heartbreak while we can manage it. At least she gave him something useful for the trip and now will just have to wait at home for him to rescue Asuna and get her out of there. 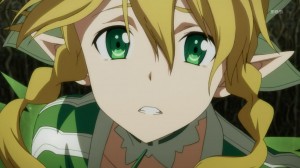 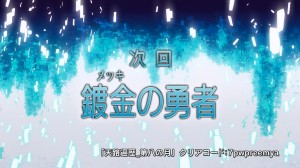 This was a rather busy episode tackling Kirito and Suguha’s issues while also clearing the way to going after Asuna. It’s not going to be easy for Kirito or Suguha, but at least they took a good step, Kirito realizing that he has to take in this new dynamic between them and Suguha starting to take the steps to get through this heartbreak. But for now the battle against the invincible Sugou is just around the corner. I still have no idea how they are going to deal with this guy.
Score: A