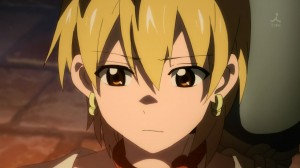 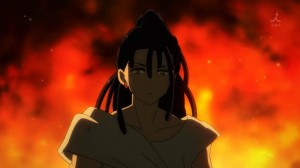 Will just say now that this exam season might just slow me down a little. But before Magi ends up being a week behind, I suppose now is a good time to get started. I have to say that Sinbad is the type that can really catch you off-guard. He goes from beating down the Fog Thieves, fighting Alibaba, to then joining up. I suppose that I can get the reasons that he went and did that. Has a lot of reasons from liking Aladdin and not wanting to just arrest his friend, seeing the situation in that city, the connection to Alibaba’s father, etc. More reasons to help him out than do anything that stupid King wants.

At least we know how Kassim managed to trick Alibaba into cooperating with him. I say trick because this isn’t a good guy whatsoever. Can’t even be sure his story about his sister is completely true, I could see someone like that lying in order to get what he wants. Regardless this isn’t someone interested in peace or improving the kingdom. He made that group a bloodthirsty bunch of killers before Alibaba started to change things. Even then it’s clear to me who is the real guy in charge of that group. Kassim wants a war and I think he just wants vengeance for how he’s had to live his life. 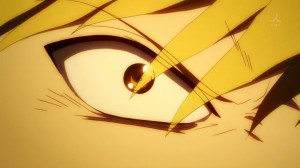 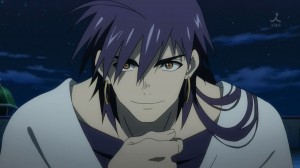 In the end Alibaba is a pretty naive guy who does try to do the right thing. He knows that this isn’t the perfect way to solve things, but he feels like it’s his responsibility to fix the kingdom. There is a lot that I wouldn’t make his responsibility here. Kassim made a lot of this mess and the new “King” has only made things worse without giving a damn about the people. Certainly the type that you never want on top of a throne because all they think is about rank and how important they are. There is a damn good reason the former King went and found Alibaba. He had to bet that a kid from the streets would have more sense and be able to guide that Kingdom in the right direction.

That was a pretty fun showdown and just proves how powerful Sinbad is. Even without any of his real weapons he could go against someone like Alibaba who wasn’t a complete pushover even before he got that new power. But still, Alibaba is a relative new guy on the block compared to someone like Sinbad who has conquered so many dungeons. There was just a difference between them and one that was bound to exist. Which is fine since characters are bound to start off a bit weaker compared to some of the amazing people out there. Have to leave the cast some room to grow after all. 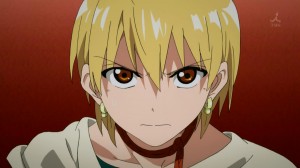 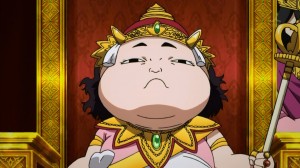 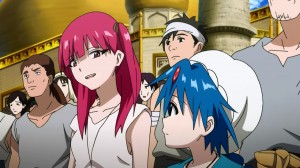 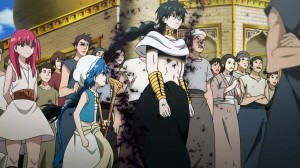 Still things were going bad enough before that other Magi showed up. That guy is rarely a sign of good news and I’m sure more trouble is on the horizon. Not like they needed it since negotiations with the King fell apart. The people wanted to stand behind Alibaba on this. Sure, I think part of it was because he was a prince who had to be better than the guy currently ruling. But I do think that the way he’s run that group of thieves left an impression on those living in the city. Right now that city is a place that is falling apart and has no hope. Unless something is done that city is going to die. Not going to be hard for someone like Kassim to start a war if the King is unwilling to even listen to people.

Of course that is assuming that Kassim could stay alive long enough to start a war. I just loved seeing him nearly get killed when his mouth wouldn’t stop running. Makes you wonder what exactly Sinbad went through in order to reach this point. He has some intense allies who are willing to not only put up with his occasional silliness, but do whatever it takes to support him. 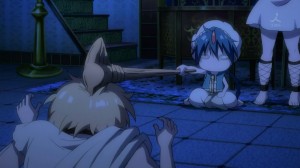 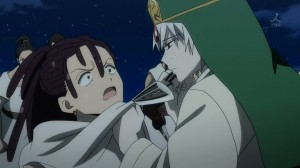 So it seems like next episode will get pretty nuts. Will see how Alibaba and Sinbad do in there with things falling apart. Well at the very least I expect this to wrap up the major issues in that city.
Score: A-