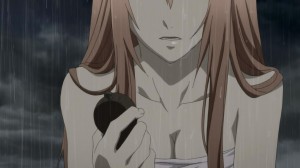 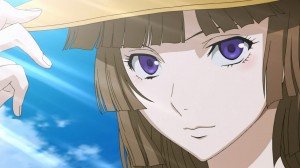 You know it is somewhat sad that in a show with the word Tempest in it I didn’t think about the Shakespeare play with that word in it. But at the same time they have spent so much of the show just quoting Hamlet so maybe I’m in the clear in that respect.

What I am glad about is that there is hope to save Hakaze. Honestly, I was not going to be pleased if Hakaze had to die as well. What I didn’t consider are ways that they might be able to actually get her out of the mess. I thought at best she can survive and get off the island, but still be two years out of synch. Maybe she’d be alive in some alternate timeline. Instead they might just be able to save her right here and now. 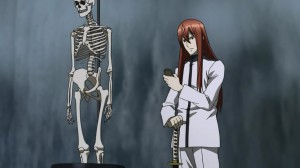 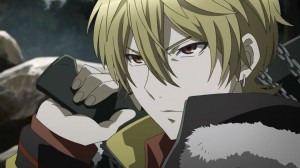 As to saving Hakaze there are a few options that come to mind. If that doll can connect with Hakaze in the past they’ve already proven the ability to interact with the past. And they do happen to have two exact barrels similar to how they have two dolls. If this was a classic magic trick you could put Hakaze in one barrel and swap her with the skeleton. There has to be some way to pull this off and I’m just hoping that Yoshino has it figured out.

When you think calmly there had to be a way to save Hakaze. Samon might be willing to gamble a little, but gambling the entire world? If he had two years to prepare then he must have had some sort of extravagant way to bring Hakaze back in the worst case scenario. He’s not like Mahiro who would be willing to destroy the world if it came down to that. But I think his plan was still pretty solid. In a normal situation the helpers would be too shocked to think clearly and would hand over the talisman before figuring things out. Unfortunately for Samon he ended up dealing with two of the worst possible people in the world. Neither of which can be considered normal. It was a pure joy watching him flip out. All those plans and those guys were making him look like an idiot. 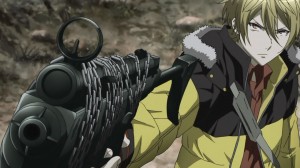 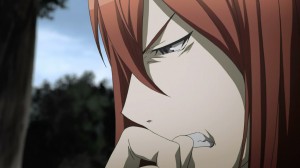 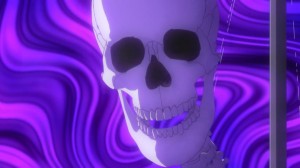 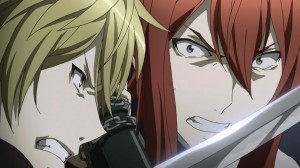 You have to give Mahiro some credit, the man is focused on his goals. Cruelly focused on his goals at times, but focused. I don’t think he would have dumped Hakaze if all things had been even. But if he thinks she’s doomed anyways he has to stay locked onto his own goals. But wow, he was totally ready to destroy the world and thus kill Aika’s killer that way. Of course he was willing to work with Samon if he was willing to negotiate. After all he figured both sides could be right, so why not side with the one that can help him? It looked pretty good and probable that Samon could find the killer since he’d just have to do some quick questioning about who could have done the killing and then finding them. Sacrificing a killer for victory isn’t too far out of his comfort zone. But even then when Samon took a shot at Yoshino he was there ready to defend his friend who had picked the fight XD.

In a sense Yoshino and Mahiro really do work well together. Mahiro’s single-mindedness forced Yoshino to try and find a solution. Yoshino sure came up with a quick plan and took action. He didn’t want things to end up in some tragedy. Maybe they all end up dying and that’s the end of the story. Hamlet wasn’t very cheerful after all. Instead Yoshino goes for a different ending though carrying much risk along the way. I almost don’t want to look up the plot for “The Tempest” since it probably would give away some things. Honestly, the only class I took when it comes to Shakespear stories was Hamlet, and Romeo and Juliet. Now if the second story comes into play then I’m fine with figuring out what Yoshino will do here. 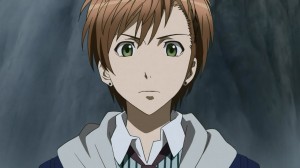 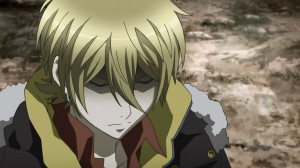 It’s quite a risk he’s taking though. He picked a fight with Mahiro and even Samon, trying to turn the tables and save Hakaze at the very least. Putting himself on the line here with bringing up Aika’s boyfriend. He certainly didn’t want to tell him in this kind of setting, but it was the only word that could shake up Mahiro enough. As much as he wants revenge, finding out who Aika was dating is pretty damn important. Now I’m not entirely sure he’d kill that person, but he certainly might. It’s a risk Yoshino had to take in order to get some control over this situation. He’s on a short timeline though. He has to convince Mahiro that they can save Hakaze and get his revenge before a suspect is brought forward.

In the end though what the heck was Aika? This girl really has become the center of the world right now. Her life, death, and who she was dating all mattering more than just about anything else. Not to mention it feels like she knew so much more about things than anyone could imagine. It’s a real mystery with that girl. 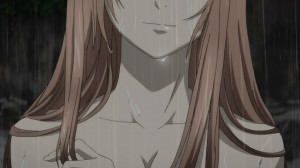 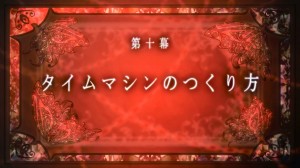 So this is where we stand. Yoshino is about to reveal his hand and we can only hope that it’s enough to save Hakaze and the rest of the world. Should be pretty entertaining to watch as this situation continues get crazier.
Score: A+