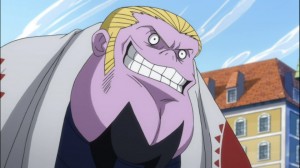 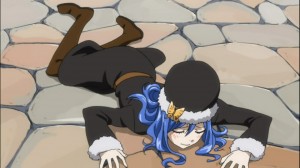 And there you have it, the Grand Magic Games are officially a go, and things aren’t looking too great for Fairy Tail. If there’s one thing that’s making itself quite apparent, its that the present world that the members of Fairy Tail find themselves in is a harsh one, and a very different one. When I first saw the time skip that Fairy Tail went through, I kind of questioned the logic of the way Hiro Mashima-Sensei went about it. Now I can see that it truly was a stroke of genius.

While other series have powered up their main characters, Fairy Tail did the exact opposite. Fairy Tail’s main characters actually have had a severe power reduction with their 7 year gap, which was honestly needed, given how they were kind of the strongest guild in Fiore before. And boy, are they waaay at the bottom now XD 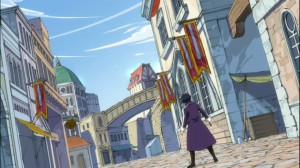 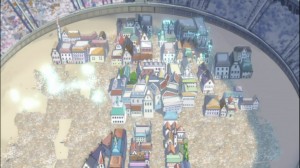 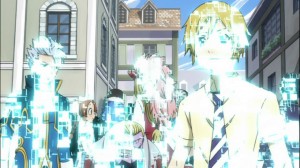 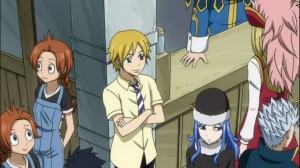 The first round of the Magic Games was actually pretty darn awesome. I gotta hand it to the organizers of these Magic Games, they really did their job right. The first game itself was pretty challenging and interesting. The whole idea of trying to find your opponent amidst a town, with tons of other copies of said enemies, was a pretty tough battle. I gotta say, I was right there when Elfman stated that he was better off not going into that match. In fact, I can only think of Erza as a better suited member for this level, as she and Gray are probably the only two with half a brain cell XD 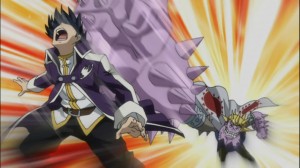 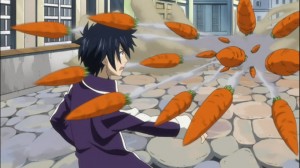 That said, Gray and Juvia, both got their asses handed to them. While Gray pretty much got bullied around by Raven Tail, Sabertooth dominated over everyone in one big attack. 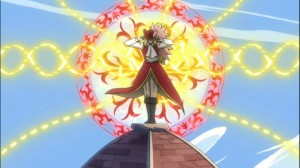 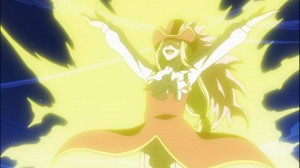 Its ridiculous how over powered and well suited Sabertooth’s “Rufus” was for this battle. He and his magic were literally MADE for this battle. Either that, or the guys from Sabertooth are just that ridiculously powerful that it didn’t matter who went in. Either way, Sabertooth is starting to become the biggest and most powerful team in the tournament. 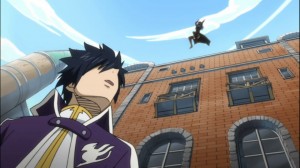 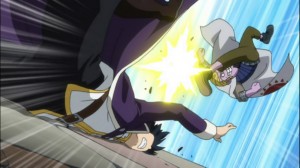 I felt bad for Gray, cause the guy barely had time to think or gather himself before he was hit by a barrage of attacks. I’m curious to know how Raven Tail’s “Nalpudding” was able to constantly find and attack him, but honestly Gray did not have his head in the game. Gray was totally out of it, perplexed and confused. He almost got hit by friggin everyone, and was barely keeping up. 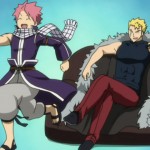 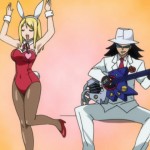 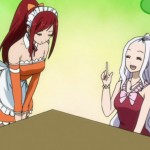 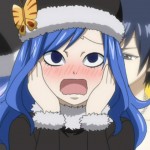 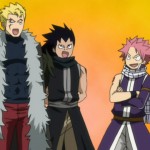 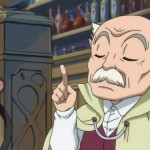 Juvia didn’t put forward much of a good performance either, but it was kind of funny seeing her lose a point for hugging a copy Gray.The “winning team does whatever they want to the losing team” thing was pretty hilarious too. I gotta say, Natsu, you really don’t have very evil ideas when it comes to making people do stuff do you? XD

In the end, Fairy Tail ended up coming in last, and Gray was left to deal with his own failure: 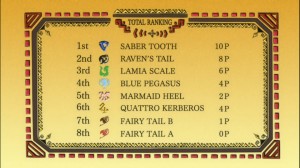 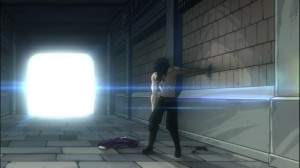 I’m curious to see how Gray plans on redeeming himself, because he truly let his team down. Not that the team has even a moment to relax, and next up, we have a big battle between none other than Lucy and Raven Tail’s Flare. 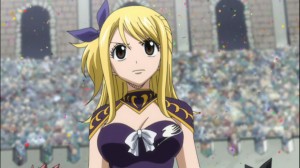 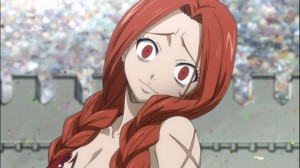 I’m quite surprised that the crowd decided that as the first match up. I mean… besides the fact that Lucy has been kind of gone for seven years, there is the fact that Raven Tail is a new guild. It’s odd to see the two most unlikeliest of people being chosen for a match. Then again, maybe the crowd was filled with a bunch of pervs and they just wanted a cat fight XD 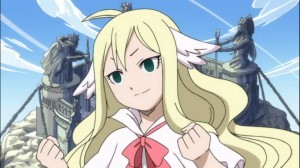 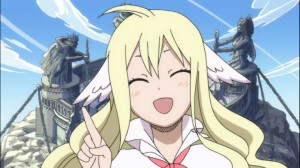 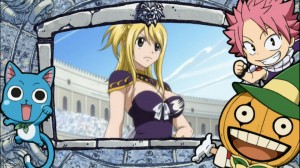 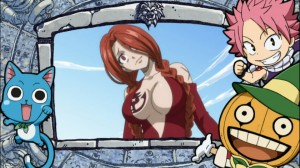 Next week, color me surprised but we head straight into our first real battle. It’s Lucy vs Flare! See you all next week!