You Should Be Watching: Sakurasou no Pet na Kanojo

Honestly, if there was a show I didn’t expect much out of it was Sakurasou no Pet na Kanojo. Not exactly the most glowing way to start this off, but it’s true. I mean really, the synopsis just gave the impression of an average show that was just a variant on dozens we’ve seen before. The kind of series you may enjoy, but certainly forget pretty soon after it is over. The first episode didn’t really change my perception on that, but it didn’t take long for this show to really start taking off. At the very least it will end up being one of my favorites of this fall season and that’s something I did not see coming.

The setting is something that wouldn’t stand out too much. There is a pretty average guy living in a dorm that is full of odd individuals. Well as average as someone who keeps rescuing cats and adopting them can be…The guy just wants to move out and rejoin the normal members of society. While in the middle of that a strange girl gets put under his charge. Shiina Mashiro is an unbelievably talented artist, but that’s all she has. She throws herself into her work, but common sense things are just left to the wayside with her. Thus the first episodes focus on the male lead having to get this girl to dress herself, get crazy for school, and actually get there. She gives off the initial impression of someone who is completely dependent and thus you reach the pet title for the series. 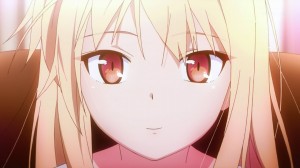 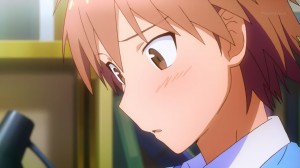 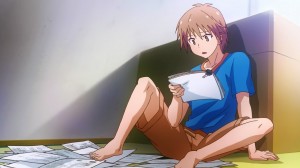 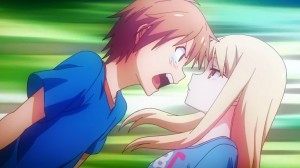 It seems like the setting for your average harem or at least love triangle series. The main character will have to embarrassingly put up with the naive girl who doesn’t know any better and fanservice filled comedy will follow. But it really doesn’t take long for the series to really catch you offguard and provide more depth to these characters than I thought was possible. Mashiro might not act like a normal person, but she knows what she wants to do with her life. She wants to draw and she is damn good at it. It’s less that she doesn’t comprehend things, but that she doesn’t really care about them. Not a very balanced approach to life, but she is living with no regrets. Besides there are moments that she really does show that she gets things more than you’d think.

In contrast I was surprised to find how much growth potential there is for the male lead. This guy is someone who can be related to in so many ways for those of us in the world who are not remarkably talented. His reason for wanting to get out of Sakurasou Dorm is less about dealing with strange people than it is about how his views regarding himself. He certainly has some low points in these first few episodes, but frankly it only makes him more human. The series doesn’t abandon comedy and he’s a bit part of it with how he responds to the strange behaviors of the people living in that dorm. But it’s not just about getting laughs, there is story and character development to be found here.

So far this series really seems to be showing some comedy and initially giving into what you’d normally expect to see happen. But, I think a pattern is starting to develop where after that they really bring up the seriousness and create some depth in these characters. Already in only a few episodes I’ve seen more character development than some 13 episode series cover in their entire span. I’m really interested in seeing where these characters go and how they develop. The series has already delved into questions of talent, resentment, and self-worth. 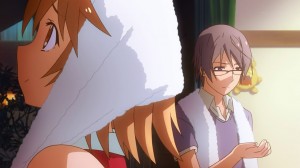 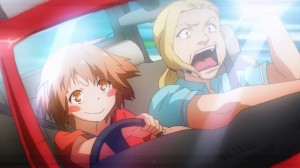 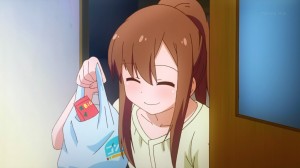 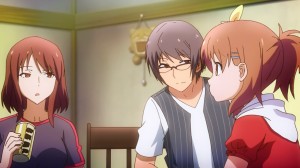 It’s not just about Mashiro and Sorata either. The characters of Jin and Misaki have some real depth and interest to them as well. Caught up in those similar themes of genius, distance, and feelings regarding self-worth. You want to see where those two end up as they deal with the world in their own way. Especially Jin who is a great example of how not to deal with those feelings. The series really does have me wondering and looking forward to how he will develop.

Of course there is another love interest besides Mashiro, but Aoyama also gets some solid character development. They don’t just have her hanging around for long periods as this girl who is interested in the male lead and has nothing else going on in her life. Character development is key for this series and they manage to keep the balance between comedy and seriousness.

Visually the series has a very nice tone to it. Mashiro of course always seems to catch your eye. The quality hasn’t seemed to really drop, though maybe it has at times and I just never caught it.

The music really is a highlight though. There are just moments when the songs just perfectly fit and bring scenes up another notch. Have to give credit for some very appropriate musical selections. 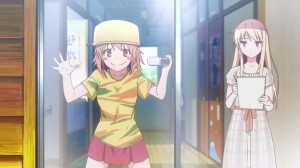 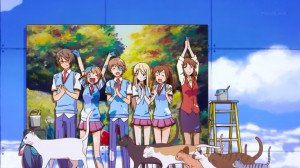 Honestly this OP can be addictive. I have literally caught myself singing along and trust me, my singing in languages I don’t speak is not something human beings should listen to XD. It’s a pretty fun OP to watch with a lot of movement and some good laughs. The song really is pretty catchy and I have no issues with watching this every week. 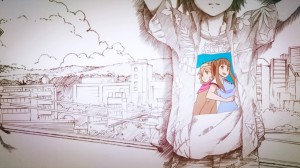 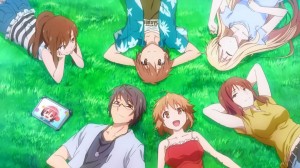 The ED is pretty solid. The song is really enjoyable to listen to and has as much energy to it as the OP. The visuals are pretty fun to watch with all the characters running around with some crazy stuff happening in the background. So yeah, it’s a pretty fun ED all things considered. 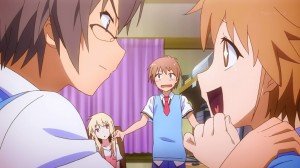 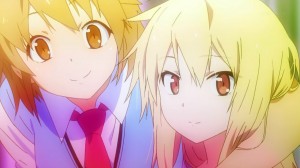 Honestly, this is the one show of the season I would cover if I wasn’t already covering two series from this season. A good mix of comedy, but also some really serious stories. I think this show falls into a group of certain series that have balanced those two things well. It’s easy to be one or the other, but having both be prominent in a show without it just feeling awkward is an accomplishment. I would recommend this show to pretty much everyone. Also I would say give it a good 4 episode test. That covers the first ‘arc’ and should be enough to allow you to decide whether this is a show you want to watch or not. It’s my recommendation of the season, even though I won’t be able to blog it.