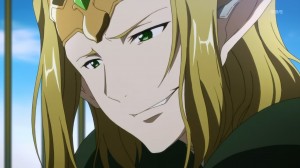 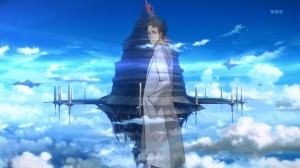 Well at least if anyone was hoping for higher stakes than just saving Asuna this episode gave it to us. Sugou really is a pretty evil piece of work. Kayaba might have been a lunatic, but this guy isn’t much better. I’m not going to say that Kayaba is better because frankly his crime was pretty damn serious as well. I’m not sure how you compare dropping 10,000 people into a death game and killing about 4,000 to the torture and experimentation of 300. Both are pretty cruel and have extremely serious consequences.

This episode did give some answers as to why the technology wasn’t immediately banned and recalled. No matter how horrifying the incident was the first things the business community saw from this were $ signs. One can only imagine what you could do with this kind of technology if it was perfected and you could ignore how it came to be. You could easily find out information out of spies or traitors for instance. An even bigger draw would be for the correctional system. You throw prisoners in there, change up their memories/personalities and bam you have someone ready to throw back into society. Again if you could ignore the moral problems it’d be a huge boom. Just consider it an alternative to the death penalty and life in prison. I suppose it could even be applied ot mental disorders. While the technology has plenty of potential the fact that it’s going to require human experimentation is the horrifying side of it. 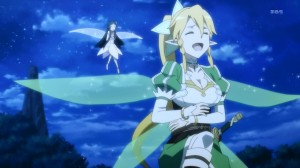 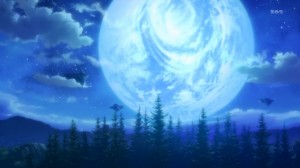 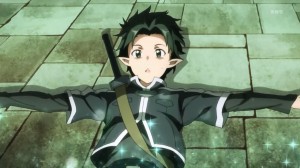 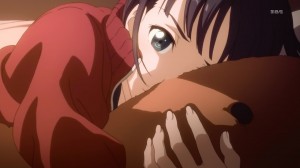 On that note I’m not sure how Kirito is going to deal with Sugou. Unlike Kayaba I can’t imagine he’s going to turn off any admin functions that keep him safe and practically immortal. Plus being in the system he’s at much risk of being messed with as anyone. How do you stand up against someone who has all the cards? Of course this is just ignoring the most critical issue of getting up to Asuna. Sadly the greatest fear is that this guy is going to do something to Asuna’s memory which could turn her against Kirito and Lyfa. Long as this guy doesn’t realize what’s going on things will be fine ,but right now it’s a pretty serious sitaution that Kirito has wandered into. This isn’t just about Asuna, though she is his top priority. 300 people are still trapped in this game and many of them may be in very real trouble. This human torture chamber has to be dealt with and in a hurry.

On a different note, it’s not a huge shock to discover that Lyfa is Suguha. I mean it just seemed like a safe bet last week and they confirmed it this time. I can’t believe how cruel they are going to be to her though. FIrst have her fall in love with her brother/cousin who she isn’t going to get together with and then have her fall in love with Kirito in the game who again she isn’t going to get together with. Having her fall in love with the same guy twice and getting hurt twice just seems excessive. I sure hope they don’t play on this thing of her not knowing who he is for too long. It’d just be rather uncomfortable to watch.

Still I have to say that with this new side of her to check out Suguha is rising up my favorites list for this series. She’s plenty competent when it comes to taking care of herself and doesn’t have a problem laughing at Kirito when he’s having trouble with the flying. Plus you kind of get two versions of her; the long-haired blonde and the dark-haired girl. While I feel bad for her, I’m glad that Suguha is looking to be a pretty important part of the cast. It’d suck if she just faded into the background like say Silica after an episode. 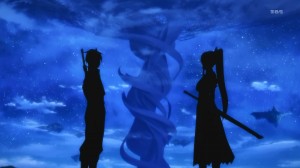 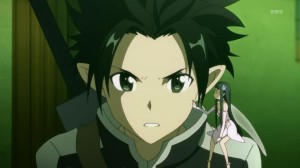 So the question comes down to Yggdrasil and how Kirito can get to the top. There seems to be two routes and neither one seems very promising in only a short amount of time. Even though Kirito is pretty damn powerful can he really solo those guardians? If there is a hidden quest or condition to get the super wings it could take some time to figure it out. I’m sure in the end it’s all about the races coming together. The whole system seems made to make the groups unwilling to cooperate. Only one race getting the wings leads to conflict along with the ability to attack someone who enters your city but they can’t fight back. Of course it’s not like only one race getting those wings means cooperation can’t happen. In that case one race gets the wings and then carries the others to the top. But if you can’t trust each other then it’s hard to make that kind of agreement.

Either way Kirito is running out of time. He needs to get some better equipment and get to Asuna as soon as possible. She and the other players are running out of time. Who knows the state those people are going to be in when they get out after being experimented on. Physically their bodies could reach their limit fairly soon as well. The battle really starts here to save those people and get stop Sugou. 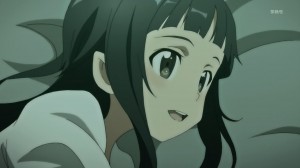 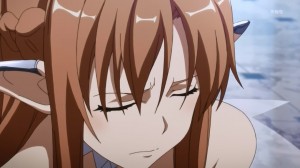 And here’s hoping they do it soon. I thought Asuna was only in danger from this guy messing with her unconscious body. Now he has the ability to assault her inside the game as well. I’d rather not think about it, but with the admin privileges he can really do whatever he wants to her.

At least Yui is still as cute as ever. Nice to know she can swap between tiny mode and full sized at any time. Though she might want to lay off on the “Papa” stuff since it might make Kirito seem to be some kind of weirdo XD. It does make things complicated since Kirito can only spend time with her in the game, but he can’t live in games anymore. The real world requires eating and eventually fully integrating back into it. I suppose finding a job where he can be inside the game a lot of the time is the best result though. 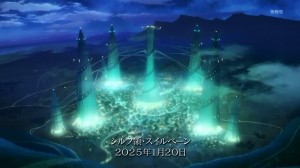 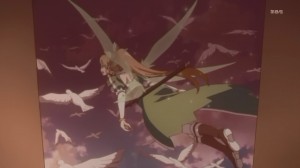 So the stakes are set and now the question is how will Kirito pull this off? Things seem a heck of a lot more serious than an episode ago. All I can say is that Kayaba really opened Pandora’s Box with his SAO incident. It might be a world where you can’t ‘die’, but the consequences are still serious. This felt like the episode where SAO really came back.
Score: A