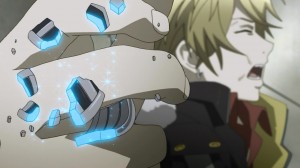 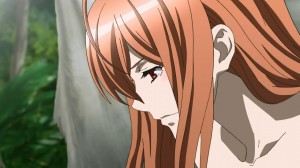 Well this episode really was partly about the battle against Natsumura and partly just for exposition. The guy is living up to the reputation of being a tough opponent. Yoshino and the rest of us getting brought up to speed about how the magic in this world works and its limitations. The duo finally gets out of the city at the end so the journey to avenge Aika and coincidentally save the world can really get underway.

Kind of funny how quickly the fight turned against Mahiro. Pretty much setting it up as something big in the second episode only to turn the situation into a, ‘run for it’ situation. Of course learning more about the Kusaribe magic and how it relies on ‘civilization’ makes fighting in a city suicidal. Long as their magic is limited by their talismans they can’t afford to fight in a place that gives an advantage over to a Kusaribe mage, they will lose in a battle of attrition unless they can win easily. At least Mahiro has the ability to know how to fall back, though frankly it was pretty damn close at a few points there. 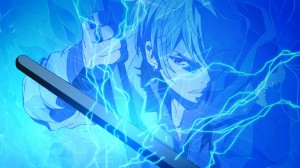 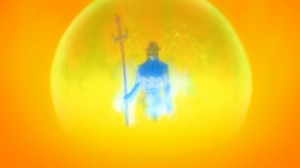 I wouldn’t have thought magic that only has ‘defensive’ purposes can be so effective in a fight. They don’t have anything crazy like fireballs, but can move fast and create barriers. This just proves that defenses don’t have to be passive in nature. If you smack someone in the face with a shield it will hurt and that principal holds up here. Forces someone in a fight to be a bit creative like putting a barrier around a spear and smacking into someone with it. Unfortunately for Yoshino it doesn’t have a convenient ability to revive the dead. It just tries to restore ‘logic’ in the world, by healing injuries and protecting the user. Kind of showing how the classic ‘white mage’ could be a whole lot more dangerous than you’d originally think.

Mahiro really can be quite the brawler at times. Once he lost his pipe he just started to throw himself at his opponent. He’s just willing to go that far for revenge. Even if it destroys him he’ll keep on this path. On that note I’m glad to see a nice scene with him and Aika to prove how much he cared about his sister. Obviously he cared enough that it drove him to rage when she was killed. 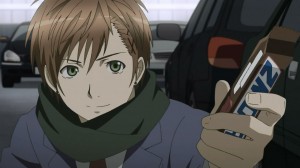 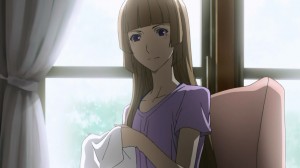 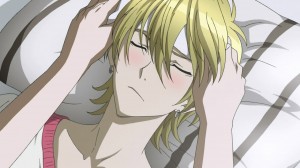 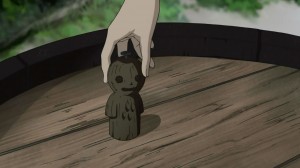 Despite the fact that we had a fight going on, there were some funny moments like Yoshino showing up with a Snickers bar for Mahiro. It is probably a good thing for Mahiro to have his friend around since he does need someone who will think ahead a little bit. Yoshino really saving the day at the end with thinking how to find Mahiro and using the planes to cover their retreat. At least the government hiding things and covering up the horrible situation paid off in this case. No matter how strong the mage they have to fall back a bit when missiles are being shot at them.

Could be a bit of trouble though with Hakaze wondering just what Yoshino is hiding. If she finds out that he was dating Aika it could be trouble. Certainly he is hiding things including whatever deal he made with Yamamoto, but it’s not like he’s acting intending to betray Mahiro. Still, long as Yoshino seems to draw Hakaze’s interest it could lead to trouble that they really don’t need.

All they know for now is that someone from the Kusaribe clan killed Aika. Though really that only leads to more questions than anything else. Why would someone from the clan go and kill her? Was there something special about Aika herself? Hard to believe the plan was to pull Mahiro and Yoshino into this mess. Unless the killer was just having a bad day, there has to be a bigger reason behind this that ties into the whole plot. Either way I think Yoshino has reason to really be thinking hard about this. The answer is bound to be important. 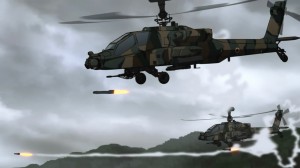 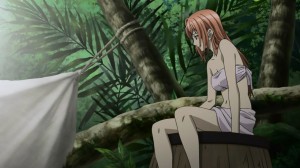 So this was probably my favorite episode so far. The fighting was good and the mystery behind Aika’s death deepens. So now this strange trio, (well kind of with Hakaze on the island) are heading out to continue trying to stop the Kusaribe clan and find out who killed Aika. Look forward to getting some answers eventually.
Score: A