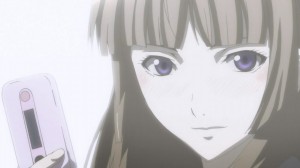 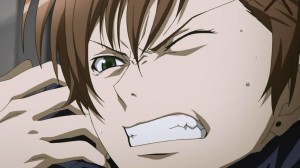 Well it certainly seems like things won’t be pleasant if Kusaribe clan isn’t stopped soon. As terrible as the scene in this one town is, the fact that multiple cities have been hit like this is terrible. Of course I’m still not sure how Hakaze and Mahiro are going to stop this. Up against a whole clan of mages and right now Hakaze is unable to do much. I suppose at the very least Mahiro makes up for Hakaze’s predicament with pure drive. It might be a crazed drive for revenge, but at least he’s going to cooperate with her for the sake of that revenge. In order to actually stop Samon, Yoshino coming along might be key. Need someone who while deeply connected to this, at least can still see things clearly.

Just makes me think to the last episode and what Yoshino said in this one. What kind of end would await Mahiro if he was left on his own? Without Yoshino to back him up, that guy just dives into trouble like he did at the end of this episode. Going right after someone that even Hakaze considers a tough opponent. Though maybe she just meant tough for Mahiro and not tough for her XD. It feels like the things Aika said were out of concern that Yoshino hanging out with Mahiro would bring trouble to Yoshino. If he’s constantly making sure that Mahiro doesn’t end up in an impossible to win scenario that means diving right into danger himself. But regardless of how risky it is, Yoshino can’t just leave Mahiro to his own devices. 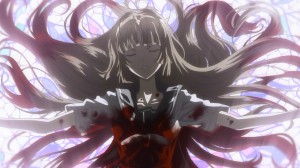 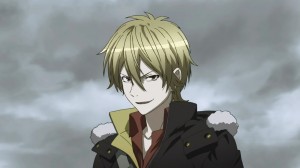 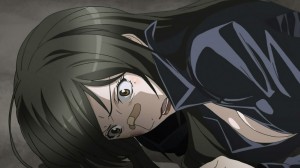 This episode did a good job just focusing on how differently both guys are responding to this death. Using those Hamlet quotes really just focus in on that. While Yoshino is talking about just how much he loved Aika, we have Mahiro just boiling in his desire for revenge. Both cared about her and are hurting from her death, but Yoshino is more just searching for what he can do for Aika. Going along for this crazy journey and sticking with her brother is at least a path for him to take.

A good job by Yoshino in his first time using magic. Pretty much had to be good with that lunatic Yamamoto going after him. Now I can get being pretty determined with all these questions and people turning to metal, but frankly attacking people, shooting at them, and gassing them is not a very good way to make people cooperative. A perfect example of how a shoot first policy is not that smart. Yoshino never really cared to fight her until she started trying to kill him and thus I was almost calling for him to shoot her when he had the chance. At least almost power bombing her off the roof of the school seemed to calm her the heck down. Either way if she keeps her distance that’s just fine by me. 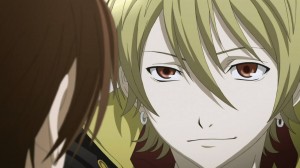 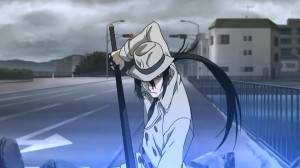 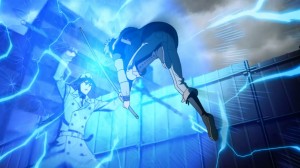 Only got to see the start of the fight between Mahiro and Natsumura, but seems like it will be pretty busy. Both guys can move pretty damn fast, but right now one of them has a pipe and one of them has a spear. It’s not like Mahiro has been using magic for very long either and he’s up against someone that sounds pretty capable. A real problem is his hot head. Getting the results from the tracing magic seems to have him itching for a fight, so hopefully he’s as capable as he seems to believe.

Got to be a hard thing for Yoshino to continue keeping this secret. The kindest moments you get from Mahiro is saying that Yoshino shouldn’t get involved and go be with his girlfriend. Yet, that only makes it more painful. They kept things hidden for so long that now Yoshino really can’t tell him the truth. In a sense he doesn’t have to since he can just say something happened that made them break up later if they survive this. Of course we know that eventually Mahiro will find out and I’m a bit worried to find out how he’ll react at that point. 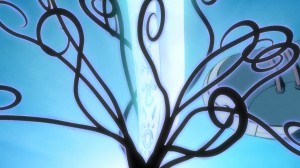 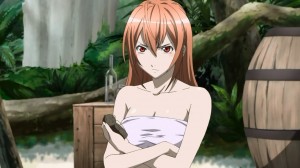 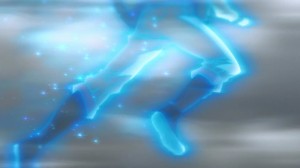 Have to take a moment to say the magic in this series really does look nice. The movement has a cool effect to it and seeing those black tendrils spread out for the tracking magic was also pretty impressive. Makes me curious to see what other kinds of magic the Kusaribe clan can use.

Also have to give props to Hakaze for making the best of a bad situation. Instead of just laying around waiting to die she managed to find a way to contact the outside world and is surviving just fine. Not to mention if she hadn’t gone ahead and spread out those talismans then they wouldn’t be able to do much. It may not be a lot of fun and very limiting, but she’s not the kind of person to roll over and quit. Hopefully by the end of this series they manage to get her off that island. 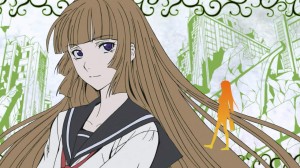 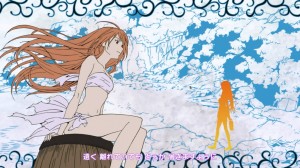 This is almost a surprisingly cute ED for a series where a ‘main’ character starts the series dead and the remaining ones are trapped in this life or death battle. Though to be fair the background at the start shows a destroyed city. But really the song is just so upbeat and showing I believe a silhouette of Aika walking along. Of course I actually do like the ED since it just has a nice feel to it. It may not feel very fitting for the tone of the series, but I suppose it proves if you throw out something good it doesn’t matter how well it fits XD. 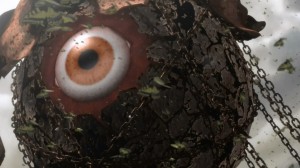 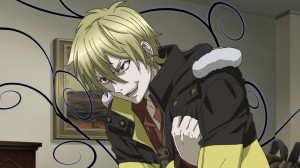 So, will be good to see the fight between Mahiro and Natsumura continue on and how Yoshino will get involved. Will see if they leave the city soon since setting up the conflict is important, but clearly the show isn’t going to wrap up here. Getting closer now to catching up now.
Score: A-