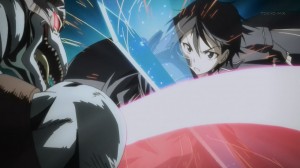 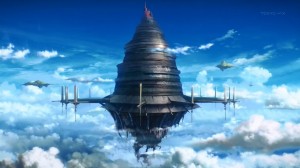 This definitely feels like an episode where the story really took off. Starting it off with a reminder of how long they’ve been in this world and Kirito wondering what the creator was thinking makes it feel like that. Though of course I haven’t had any issues with the episodes to this point, not going to see me complaining if the series has finally stabilized. There was no major jump in terms of time, just teleporting between already cleared floors.

That fight at the start of the episode was actually pretty tense. It does make you think of how often Kirito’s life has been on the line. He can say that he keeps a safety range, but that fight didn’t look easy at all for him. I think Asuna has a point that there might be a limit for how long Kirito and any solo player can go at this point. It was Kirito’s own words to Asuna to join a guild since people can only get so far in SAO alone. With the difficulty starting to spike in terms of monster algorithms it’s only going to get more dangerous to solo. He might be able to hold back a bit in terms of where he gets his levels, but it seems like the game has finally gotten serious. It’s not surprising of course that with the players reaching the last quarter of the game things are going to get tougher. It’s not a good time either really for the game to start getting harder on the players. The issue of motivation really doesn’t go well with a harder job for front-liners. 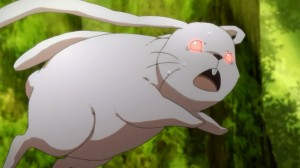 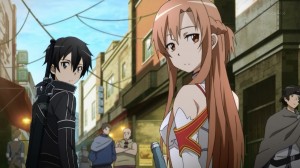 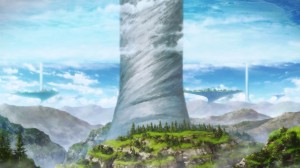 I’m glad the series is continuing to focus on a pretty important factor of people being trapped in that world for almost two years. People are getting used to it and fewer people are really fighting to escape. Eventually people hit a comfortable point where they can make enough money to live comfortably and don’t have to risk their lives on the front-line. Not a huge surprise when you think about it. Two years is a long time especially two years away from your normal life. The real world starts to become a memory and I’m sure some really struggle reminding themselves that SAO isn’t the real world. Their lives are as much on the line here as they would be outside the game. People who are near the top in leveling might also start to feel like their lives matter more in SAO. Here they are important and they matter while outside they may have not had much. Besides this is a marathon, it’s not easy to stay fired up for almost two years straight. For that reason people need to indulge a bit in that world to bring down their tension so they don’t burn out. But the risk being that they might never get fired up again about leaving once they stop and relax.

The need of people like Kirito and clearing guilds like Knights of Blood is only going to rise. Sure, they’ve gotten to the last quarter but there’s still no guarantee that they are getting out. Who knows what kind of insane bosses await in the very highest levels of this game? If even a few clearing guilds decide that it’s just too dangerous everything could go downhill. Not to mention if after two years the outside world hasn’t found a safe method to pull them out then they probably aren’t close to a breakthrough. It’s up to the players to get themselves out of this mess and people have got to hold it together in the meantime. 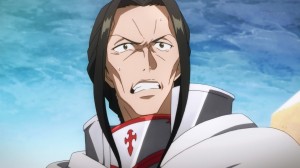 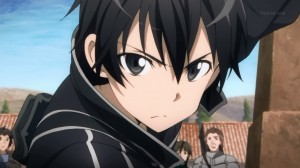 I did enjoy the duel between Kirito and Kuradeel. Nothing more fun than to have some creepy guy like that put down. Sure probably would have been best for Asuna to handle it, but I assume duels within the guild wouldn’t go smoothly. The higher her position the more need for her to act responsibly. It has to be incredibly frustrating to have to deal not only with threats from the monsters but pressures within the guild. She really is the poster girl for the Blood Knights. Not too many players that haven’t at least heard of her. I’m sure Asuna never thought when she joined the guild that things would turn out like this. Seems like there is so much pressure within that guild. Do think Kuradeel’s attitude reflects the danger of major guilds like that. Feels like a structure that has become rather rigid. Whether an official policy or not Asuna can’t even wander around towns by herself without someone stalking her. I get what could happen to a guild if a leader was killed in some incident, but this is just putting a too much stress on her.

Got to love how Kirito handled that fight. Instead of getting into a long drawn out fight he simply made it a first blood kind of situation. Even then he just busted that guy’s sword rather than hit him directly. Certainly a few benefits to doing it like that. Kirito making the point that he doesn’t even need to attack Kuradeel to win, he can just break his weapon. It sets that guy back in terms of having to replace it and there’s no way he can escort Asuna with a broken weapon anyways. What an annoying guy though, taking it upon himself to stake out her house. That’s just taking the stalking to a stupid level there. Someone so full of himself that he thinks being in a major guild matters when going 1v1 against a solo player like Kirito. 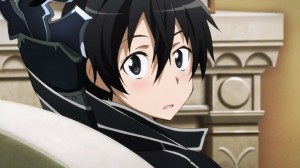 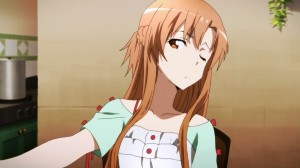 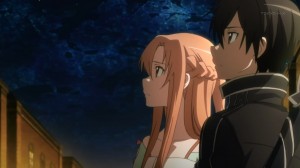 A nice thing from this episode was the point being made about the fairly mutual interest between Kirito and Asuna. Got way more blushes out of Kirito this episode than we have to this point in the series. The universe giving Kirito some luck there in finding that rare monster. So many benefits like creating a reason for Asuna and Kirito to have dinner. Goes to show the trust she has not having a problem inviting him to her house, though with the good point that Kirito doesn’t exactly have the resources to cook that food. A cute little moment though when Asuna announced that she maxed out her cooking skill. That pretty much makes her a master chef in SAO. Everyone needs some sort of hobby to relax them and a nice choice for Asuna. Not to mention the bonus of saving money on eating out since she can just cook up her own food. Is kind of funny that you max out that skill and cooking becomes pretty simple.

Just liked seeing those two interact in this one. Asuna expressing her concern about Kirito’s safety since going it alone has so many dangers at this point. There is some fun banter between them as well like Asuna teasing Kirito about having a look like he was about to propose. He gave the perfect reaction and after confirming then she just laughed. They seem to work well when it comes to fighting. Makes sense since both have an aptitude for speed so they can just really go at their enemies. Though of course in Kirito’s case it’s a bit closer to power than speed compared to Asuna who seems to be all about a lot of quick hits.

Though of course they had to go with a classic cliche. Couldn’t avoid having Asuna fall on top of Kirito and then having him grab her breast. He got quite a bit squeezes in there before she sent him flying XD. Good thing he was saved by the stalking escort arriving. 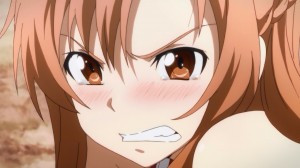 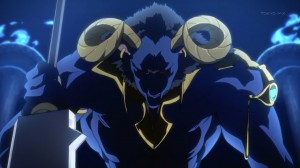 A good way to end the episode with them taking a peek into the boss room. Considering that boss has been in the OP I doubt they are going to be able to casually stroll out. Hopefully their battle combination is strong. Still it does seem like the series is taking off. Hints being placed around that Asuna won’t be sticking with the Blood Knights for too much longer. Either leaving on her own or some sort of incident will occur. Regardless, will say I really enjoyed this episode and can’t wait for next week.
Score: A