“They don’t make them like used to”, nothing echoes this phrase more than the second anime series adaption for the popular Hajime no Ippo manga. Coming out aproximately six years after the last animated work on the franchise, New Challenger is the most modernized incarnation of the franchise yet. What that means for the series is that there are some marked improvements and some more traditional pitfalls that modern series tend to fall into as well. While the series gets an amazingly fresh coat of pain in the visuals, audio and overall production, it also loses a lot of the slow build up and long length that made the first series so engrossing and easy to get lost in. 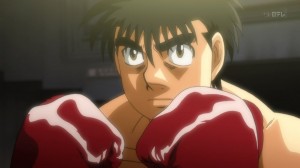 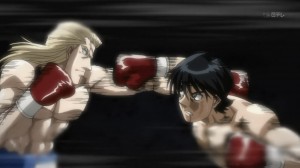 Hajime no Ippo New Challenger is actually around 4 years old now, having first aired in late 2009. It is new enough, however, to definitely rival most modern productions in quality and style. Unlike its air date though, the story for the series picks up right after 2003’s “Hajime no Ippo: Champion Road” and tackles the adaption of some of the most exciting and eventful parts of the manga. Eventful as it may be, what’s interesting is that this second series is strangely more about the other boxers that Ippo is surrounded with, rather than himself. The fact that the manga truly switches gears and begins to flesh out the supporting cast of the series, giving them their own time in the spot light… Is perhaps a very difficult dilema for an anime series to tackle.

While Ippo himself only gets one major fight of note, other important characters truly get the time to shine. The series actually opens up with Miyata Ichirou, Ippo’s rival and boxing idol. Fans of the character will see Miyata finally rise to a position comparable to Ippo, something that the story has been building up since the first series. Date Eji, the only boxer to defeat Ippo, also faces his biggest fight yet, and Takamura Ippo’s older brother figure, finally gets his big spot light in the final quarter of the seemingly short 26 episode series. The series also marks the introduction of an entirely new addition to the Kamogawa gym named Itagaki, who has his own story and rivalry to deal with. While the focus of the series definitely shifts to other characters its hardly detracts from the fun, as Ippo does come across some smaller challenges of his own and grows as a character and boxer. 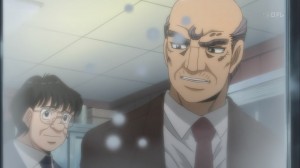 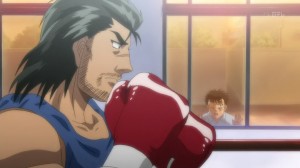 When stressed to make a quantifiable claim on how good the plot and story for the second series of Hajime no Ippo is, its easy to point to it being just as good if not even a bit better than anything seen before. The source manga has acheived the impressive feat of reaching its 100th volume, and probably because of how the bar of the story steadily improves throughout. Of course, unlike the first series, which feels like it ends at a satisfying point and provides some degree of closure, New Challenger actually feels like a major tease in the end.

The ending for the series, actually happens just as things finally begin to focus back on our main man Makunochi Ippo. Ippo and his trainer and mentor Gen finally begin to tackle their biggest challenge yet, which marks the end of the series. Its an all too common way for anime to end these days, but its also what makes New challenger feel a bit disappointing and sad. Manga purists will definitely point out that the series actually diverges a bit from volume 45 of the manga, only to rejoin the manga’s story rather quickly at around volume 75, all in the span of the one final episodes. Clearly we miss quite a bit of story this way, but given what the series had to work with, it can hardly be faulted for trying to end on an important moment for Ippo. 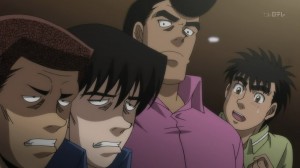 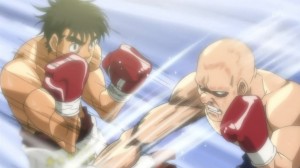 Long story short, fans of Hajime no Ippo will find the story to be just as engrossing and entertaining as they remember it from all those years ago,while still feeling a bit unsatisfied but the short length.

What makes the series perhaps feel even shorter is the extremely memorable cast of characters. The lovable main cast returns, and is just as awesome as they were in the first series. The voices, save for Kumi’s, are all still there in place, as most of the seiyuu either reprise their roles, or the new ones do a damn fine job of mimicking the previous ones. The script for the series definitely gets everyone spot on, and there’s little to no disconnect from the first series. 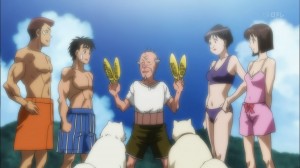 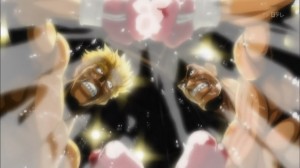 Added to that, we have some new characters and opponents for our main cast. The stand out has definitely got to be “Brian Hawk”, who becomes the series best villain so far, and truly makes the viewer root for his downfall. Itagaki, a new face that joins Kamogawa Gym, adds that “pretty boy with a smooth and funny personality” character to the already diverse cast of characters to great effect. Some old and probably forgotten characters also make their return in the series, and will truly surprise and shock with their new developments. Visually, each of the characters look amazing, given that fresh coat of Madhouse Artwork, while still retaining the style of the first series and manga.

Perhaps the three things that really receive the biggest boost in this series are the art design, animation and overall sound work. The animation and artwork are the same awesome quality that have made Madhouse truly famous these days. The boxing battles/matches in particular receive a major face lift with some truly gorgeous . The sense of place, that the first series was able to conduct quite well, is brought to true effect with super art direction throughout. Character designs, as much earlier, sparkle with fresh shine of Madhouse craft. And finally, for the first time in Hajime no Ippo history, the OP and ED are not only great, but truly memorable, alongside the stellar Soundtrack that is featured in the series. 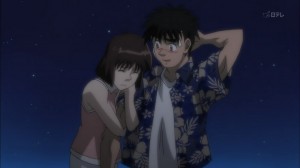 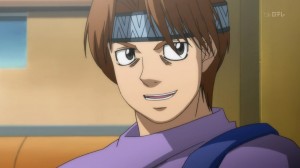