Among the many genre present in the anime landscape today, shounen holds particular esteem for not only extremely popular but very mainstream as well. Titles like Dragon Ball Z, One Piece, Naruto and Bleach have propelled the shounen genre to the very top of the Anime food chain. A sub genre of the Shounen library, sports shounen, however, is a completely separate matter. Far from being popular, only the most hardcore of hardcore Anime fans seems to enjoy this incredibly niche genre. It is indeed a tragedy, because with series like Hajime no Ippo, it becomes quite difficult to imagine why this genre hasn’t taken the world by storm. 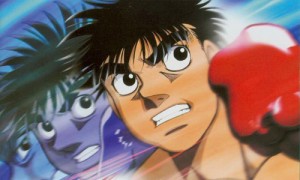 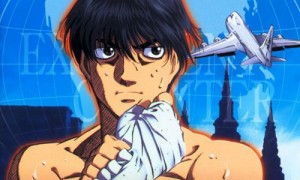 Hajime no ippo is a sports shounen show, more specifically a show about professional boxing in Japan. The story revolves around a young man named Ippo, who starts off as an extremely weak person (bullied at school), only to be drawn to how strong and impressive the world of boxing is. Desiring a change in himself and wanting to become as strong as the boxers he admires, Ippo steps into the world of boxing, and gradually proceeds to become one of the most talented and fearsome boxers in the professional boxing circuit of Japan.

Hajime no ippo is most definitely a shounen show at heart, but simply throwing the series in that particular category is a disservice to its magnificence. The series could easily double as a slice of life, a romance comedy, a general comedy series and a full on battle shounen series. Unlike most shounen sports shows, Hajime no Ippo rides closer to the more mainstream side of things simply because of the nature of the sport it highlights, making it a great introduction to the world of sports anime. 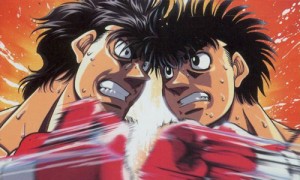 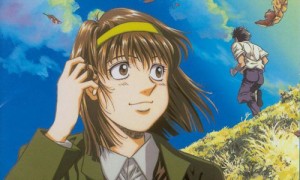 Based off the manga by George Joji Morikawa, Hajime no Ippo is a love letter to the world of boxing. It glorifies the sport, but it also freely reveals all the dangers, sad stories and the cruelty of the sport with its head held high. Injuries, trauma and all the pain that accompany this dangerous sport are all present and shown in all their unadulterated purity. All the while, the show also highlights the pleasure, the thrill and the excitement that has kept boxing alive even today.

One of the highlights of the series, is definitely the aspect of its story’s unpredictability and high stakes. Very few shounen series can truly make viewers feel a sense of impending danger for their characters. All the matches, battles and even minor slice of life events in the series serve to surprise, amaze and excite. With all these glorious elements packaged in, Hajime no Ippo provides an almost complete story arc. The series chronicles Ippo’s entrance into the world of boxing all the way to a rather significant event in his career. There are very few series in the anime industry that are this good, and that end on a satisfying note while still leaving more further development. 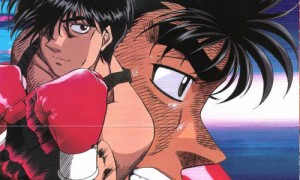 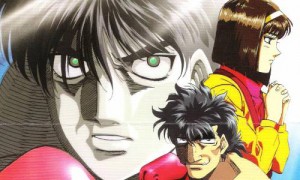 And indeed, should the 76 episodes of the series not be enough, there are a ton of follow up items in the franchise to look forward to. The manga series for the franchise is still currently ongoing, having reached its 100th volume earlier this month. There are also a slew of sequel OVAs as well as a second 26 episode second series. With all the supporting material, its easy to think that the series will hardly end at a satisfying stage, but it clearly does. If there is a reason for viewers to continue, its because of how engrossing the world and characters of the series are.

One of the definite selling points of this show is the wealth of amazing characters it has. Ippo himself, is an extremely relatable and loveable underdog that you can’t help but root for. Surrounding him, is one the most diverse and interesting group of boxers, trainers and people that can only be found in some of the best romance slice-of-life anime of the 1980s. Whether its Ippo’s older brother figure Takamura, or the extremely strict and wise trainer “Kamogawa Gen”, or the more senior boxers Aoki and Kimura, Ippo’s supportive mother, his crush Kumi, the bully turned staunch friend Umezawa, or his many boxing rivals, none of these characters fail to leave their mark. 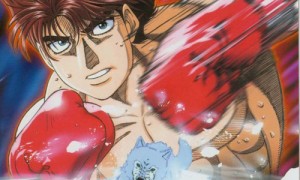 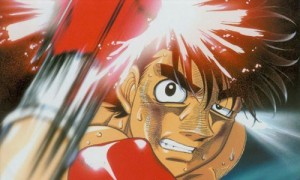 The attachment that viewers will feel to these characters is immense, as they undergo some truly life altering journeys and some truly touching moments. Yes, Hajime no Ippo has enough emotional omph to rival some of the most engrossing slice of life anime series to date.

If there is one strike against Hajime no Ippo, especially in this day and age of truly jaw dropping animation and artwork, its that it definitely looks a bit dated. Not as bad as say Maison Ikkoku or even Slam Dunk, but Hajime no Ippo is a somewhat old year 2000 series. 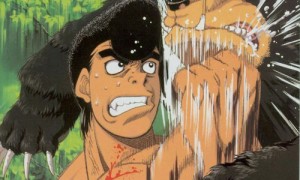 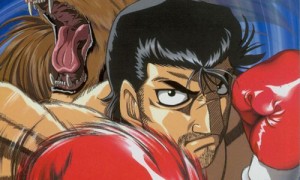 The series gets progressively better with time (as budget and popularity probably increased), but it can be off putting to some people at the very start. Studio Madhouse, while definitely not knocking everything out of the park in the visual department, manages to craft a series that can hold its own despite being more than a decade old at this point.

The sound work though, is quite impressive, particularly the japanese voice acting. The characters are brought to life by extremely impressive performances by their seiyuu. The music and Sound track for the series, while not the most memorable, is definitely all about crafting an unforgettably atmospheric experience. 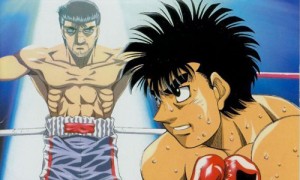 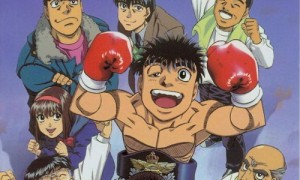 What it all boils down to, is that Hajime no Ippo is an amazingly engrossing experience, and one of the best series to come out of the anime industry. It is definitely worthy of being known as one of the best sports shounen series, and will likely convert many a viewer into a diehard fan of a currently niche genre. Hajime no Ippo, despite being over 12 years old, receives a grade of A+ from us. Rock on and punch hard champion!