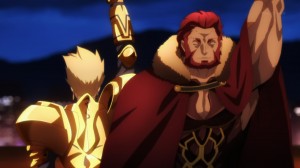 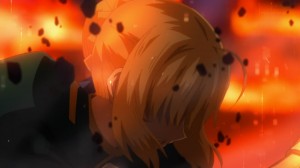 At this point, its pointless for me to justify my lateness with these posts. I’ll just make do with “life happens” and get into what have been the strongest three episodes in a series that has consistently delivered some of the most amazing moments, twists and character drama I’ve ever had the pleasure of viewing.Truly Fate/Zero is a series with truly masterful story telling, extremely nuanced and deep characters, shocking plot twists, strong emotion and jaw dropping animation and splendid sound work to boot! 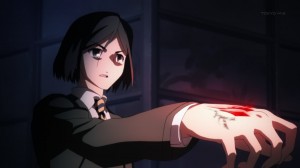 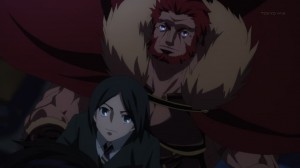 There are three major events that happened within these episodes. The first, was most definitely the end of the Rider and Waver story. One of the most fascinating things to see throughout Fate/Zero has been the bond that formed between Waver and Rider/Iskhander. I think the thoughts I echoed in one of my earlier posts held true to the end. For Waver, the most important thing was meeting Iskhander and truly being “shown the way” for himself in life. Waver started as an extremely childish and immature brat that went purely on ego and urges, and while fighting with Iskhander, he’s morphed into one of the most likeable characters on the show.

The battle between Iskhander and Gilgamesh was extremely chilling. Seeing Iskhander’s noble phantasm torn apart in seconds by Gilgamesh’s one blade was heart breaking and extremely painful to watch. Truly, as far as facing Gilgamesh goes, Iskhander never had a chance. In fact, I doubt any Heroic Spirit has a chance, given that Gilgamesh’s ultimate weapon is an anti-noble Phantasm weapon that can undo creation. Reality Marbles hardly work on the guy. It was truly a sight to see Iskhander’s fall from grace, as he started with an entire army behind him, and a few moments later, was left but one horse and one sword. 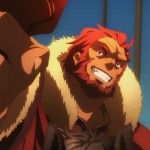 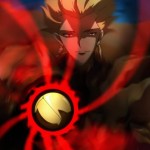 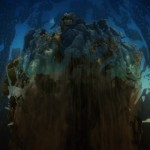 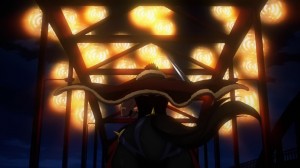 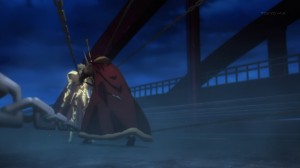 Of course, given how headstrong Iskhander was, he still pushed forward, as numerous blades and weapons pierced him, almost making it to Gilgamesh, only to be held an inch or two apart with chains. Of course, in the end, Iskhander died one of the most noble deaths in Fate/Zero, a true sign of a hero. Nearly everyone who’s died in this show has suffered a horrible, miserable death, with their evil side rising at the last moment to reduce them to a pathetic vile being. None of that happened to Iskhander, and the guy died, head strong and as proud as we’ve seen throughout the series.

What was pretty surprising, is how dignified Gilgamesh behaved throughout this battle. My only impressions of Gilgamesh are of the mad psycho that we see obsessed over Saber throughout Fate/Stay Night. Its interesting to see the extremely arrogant Gilgamesh actually respect and show kindness to one of his opponents. The difference, I suppose, is that Iskhander was charismatic and impressive enough to impress even the King of Heroes. 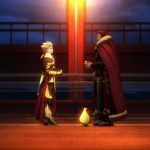 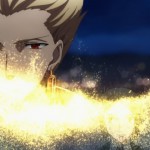 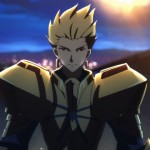 It was pretty impressive to see him spare Waver after being touched by his loyalty to Iskhander. If anything, I definitely agreed with the statement that Iskhander was more of a king and master to Waver than the other way around. It was a pretty strong moment when Waver was asked by Iskhander to become of his men, to which Waver wholeheartedly dedicated himself to.

With the death of Rider, Waver moves on to living a life with a new path of life and a new understanding of everything. It is definitely quite sad that we never see another mention of the guy in the franchise, but none the less, it was nice seeing Waver’s evolution into the kind of guy he became. 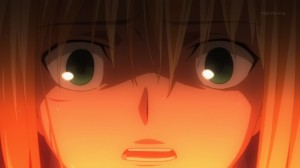 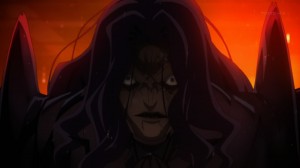 The second major event was of course, the decisive battle between Berserker and Saber. I was honestly completely thrown aback that Berserker was actually Sir Lancelot. I mean, sure it totally makes sense now that I think about it in retrospect, especially given the whole legend of him going on the “quest” for the Holy Grail and what not. Still, I guess the way the character behaved never actually clued me in on what his idenity was. I expected it to be someone that Saber knew when she was King Arthur for sure, but no one as prolific as Lancelot. 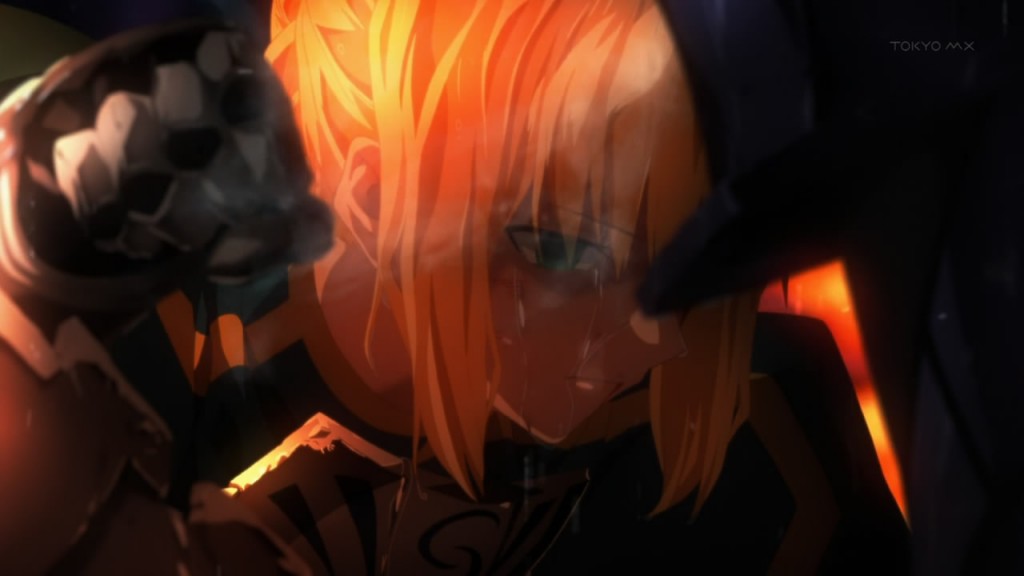 The Proud King is finally broken!

I truly felt bad for Saber in this battle. She was emotionally and mentally crushed, as she saw the words that Iskhander left her with truly echo as she saw her first Knight’s face. Indeed, Saber might be one of the eventual heroines of the franchise, but over here, she never could catch a break. In fact, the way she decided to still kill Lancelot and press forward for her goal was exactly like Kiritsurgu. At that point, it definitely made sense why Saber and Kiritsurgu were made partners. They were incredibly alike, taking the burden of everything upon themselves, and not letting their loved ones or friends in to support them fully. They were loners and idealists by nature.

And while on the subject of Saber and Kiritsurgu, I was honestly quite surprised. I expected, at some point, that Saber and Kiritsurgu would settle their differences and fight as a combo against Kirie and Gilgamesh, but none of that happened at all. In fact, till the end, the two were loners, both caught up in their own battles and barely giving a damn about the other. They never worked together, never developed a respect for one another and till the end, probably intensely disliked each other.It was pretty sad, because both of them were the “heroes” of the story, and I put that in quotes because its really pushing it for either. Much like Waver and Iskhander, the Holy Grail war was meant to truly educate Kiritsurgu on his perspective on life. 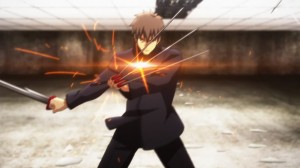 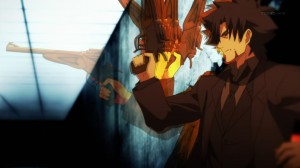 Before Kiritsurgu could achieve his dream of the grail though, he had a huge road block in front of him, Kotomine Kirie. Oh man was the battle spectacular! Props to studio Ufotable, as this has got to be one of the most amazing fight scenes I’ve ever seen in anime, period. The choreography, the interplay between slow motion and fast paced attacks and the shifting angles, everything was done masterfully. To all studios ever attempting to do an iconic action scene, take notes, this is how its done.

Beyond just how awesome it looked, the battle also showed just how different Kirie and Kirtsurgu were, yet how evenly matched they were. Kirie had his command spells, and hand to hand weapons, while Kiritsurgu had his Accel turns and his Origin Bullets. It was just impressive to see Kirie adjust to the double Accel, only to have Kiritsurgu up the ante to not just three but to the fourth level (Square Accel). In the end, we never got the conclusion to who would win, but I’m pretty sure it would’ve ended with both killing each other in a draw, Then again, Kiritsurgu had Avalon and Kirie had his command spells, so who can say? 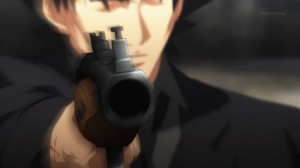 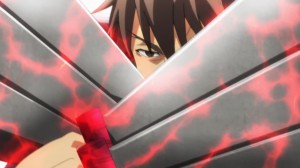 The fight was interrupted, regardless, by the Holy Grail overflowing and flowing right ontop of their heads. It was here where Kiritsurgu’s defining character moment happened. I was always curious to see how Kiritsurgu would realize that the Holy Grail could never grant his wish the way he wanted, and the setup here was pretty clever. So despite all that the Holy Grail is claimed to be, it really is nothing more than an amplifier of sorts.

The Holy Grail can’t provide miracles at all, and it only intended to do what Kiritsurgu was already doing, but at a much larger scale. Of course, given that Kiritsurgu had always been killing the minority for the good of the majority, it simply wasn’t going to work. If anything, that really would lead to the destruction of man kind as Kirie had predicted in episode 22 when he talked with Irisviel.

What really struck me as intriguing was the fact that Kiritsurgu had already realized that his way was wrong. He had realized that all those times he had killed people to save the majority, he had essentially been failing every time. The reason he chased the Holy Grail was to find another way, a way which didn’t involve his. Of course, as luck would have it, the Holy Grail didn’t provide Kiritsurgu with the means to bring eternal peace. 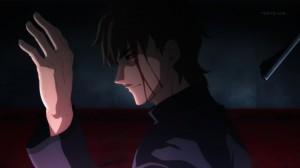 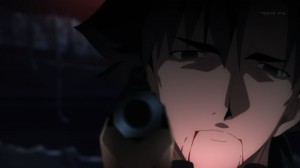 And of course, we had the moment where Kiritsurgu and Kirie finally exchanged words. It was pretty much what you would have expected, as each found the other to be stupid and couldn’t really get their point of view. 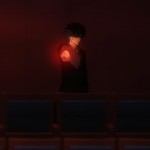 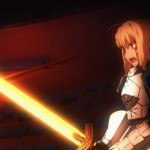 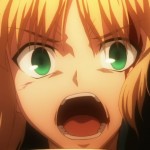 The final moments of episode 24 were perhaps the hardest to swallow. Kiritsurgu used both command spells and ordered a confused Saber to destroy the Holy Grail. You definitely can’t blame Saber for intense hate of Kiritsurgu in Fate/Stay Night, as as far as she’s concerned, she disrespected her, used her and then took away the one thing she fought and endured so much for. Of course, I think Kiritsurgu really didn’t have much of a chance or time to explain to Saber that the Holy Grail wasn’t going to grant anyone’s wishes and that they had both been dealt a horrible deck of cards.

Of course, what ended up happening is Kiritsurgu ordering her from afar, and making her destroy it with Excalibur. A truly intense cliffhanger, and I’m really curious to see how this all ends! 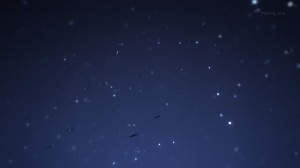 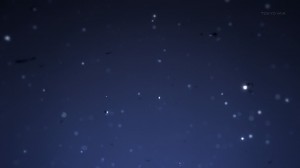 Seems like we’re at the final episode next week and possibly the first apperance of a young Emiya Shirou? Next week! (Hopefully!)