I’ll say right now that this has to be the toughest review I’ve had to write to this point. Looking at this series objectively is tough since as a sequel there are always going to be expectations. Going into this series I was hoping to seeing things carried forward from the first season and for there to be more similarities than differences between the seasons. Getting straight to the point the second season really didn’t do the things I hoped it would. While Ayumu’s harem continued to expand and develop, the story just didn’t seem to take many steps forward. It probably didn’t help that this was a 10 episode series so they had even less time to try and make things happen.

Now I don’t just blame my own expectations when it comes to this second season. The OP for this show displayed more action than the entire show actually had. It was just full of some epic battles and gave the impression that this was going to be not only a good series for the laughs, but that the action would also return in full force. There was really only a couple fights against any Megalo’s and then that 10 second battle between Ayumu and Chris. I really don’t consider Kyouko stabbing Ayumu as being a fight since it was more character development than anything else. This show really wasn’t about fighting since Ayumu for most of the show wasn’t actually in a position to be fighting anyone. 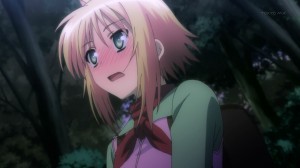 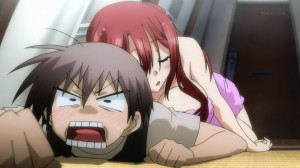 This season really was about the fanservice. There was certainly more Ayumu fanservice than I expected, but it was also more than balanced out by the female cast. Kyouko was entirely fanservice when she was in the series. The fantasies that Ayumu has about Eu always gave a dose of fanservice to each episode as well. The rest of the girls got their time in the sun and really once you get a maid cafe episode you know where the show is going. I don’t have a problem with fanservice since as much as anyone I can appreciate how cute some of the characters are. Taking that fanservice out wouldn’t have made the series any better. Besides with a cast like this I would have been surprised if they hadn’t had some fanservice. The only issue is that the fanservice seemed like the majority of the reason that a lot of events in the show happened at all.

The other key to the series was the comedy. Ayumu’s life is just something you have to laugh at or you’ll just feel too sorry for him XD. He has one of the most verbally and sometimes physically abusive harems I’ve ever seen. The comedy really took advantage of the fact that he is a zombie and can have terrible things done to him with no consequences. This season really tortured his character in terms of how the public viewed him for a time and putting him in situations that he wasn’t comfortable with. The comedy mostly focuses around Ayumu, but really the girls are the key to making it happen. Whether it’s Haruna and Yuki’s terrifying cursed dance or or having Sera get embarrassed at being caught doing something cute, I did end up laughing quite a bit during this second season. 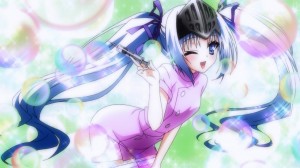 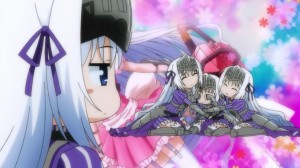 In the end there isn’t much I can say about the story. It just didn’t feel like we actually made a whole lot of progress. Ayumu made a couple additions to the harem, met a couple new characters and mostly resolved things with Kyouko. The majority of the series though was just these small stories that had Ayumu undergoing another trial from ‘Gaia.’ A ton of the plot progression occurred in those small segments after the ED. In the last few episodes things started to pick up with Chris’ identity and seeding some possible plot points that could come into play in a third season. The problem is that this show now needs a third season for anything that happened here to matter. Nothing was really resolved in the last episode other than an issue created in that same episode. Compared to the first season this one didn’t take nearly as many steps forward. That season had two major villains being confronted and developed Ayumu’s character. Admittedly there was only 10 episodes in this season, but even still not even half as much happened this season and that was disappointing. It felt like there was greater interest in just getting some laughs and having fanservice than doing anything with the story. The show didn’t feel as complete. Now I have no idea where they are in the light novels right now and if that had something to do with the slow progression this time around, but really if they didn’t have enough to work with then they should have held up on a new season. The story along with the action really remains the weakest part of the series for me.

Now music wise the show felt as solid as the previous season. The music for the action (what little there was) was familiar and entertaining. While I kind of consider the OP to be faulty advertising, the song itself was fine. The ending music was also pretty nice so I could enjoy listening to it at the end of every episode. The voice work for this series remains at a high level. The fact that they need so many voices for every inner Eu was a nice touch. We also got to hear more from the original Eu in this season and I can’t complain about that. 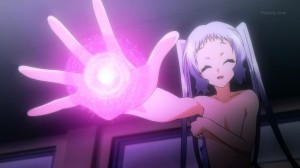 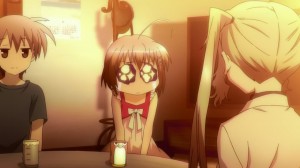 The show was visually solid though it was never a series that would wow you with fantastic visuals. The characters looked good most of the time and overall I can’t complain. Since the characters were the focus of this show it’s good that they remained at a solid level most of the time. I’d say the blood splatter on Ayumu’s injuries looked a bit weak at times, but they were almost always comical scenes so maybe the quality wasn’t really necessary in that case. 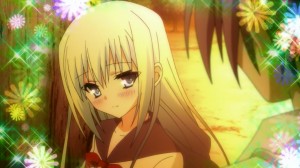 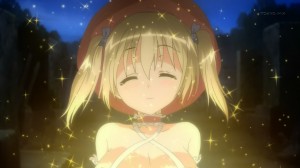 In the end can’t deny that I leave this season disappointed. It felt like I was waiting almost the entire series for the series to really get started. Getting some laughs is perfectly fine since that is part of what the series is. But there is also seriousness to the story that should have made more of an impact. I don’t want to bring a series down because it didn’t do what I wanted it to do. However, I do think the weaknesses in the story allow for some criticism. In the end when you make a sequel and have an OP like this show did, there are expectations to fulfill. I just don’t think this season did nearly as good of a job as it could have fulfilling those. There are some good aspects to it and if you just want to relax with some comedy and fanservice then this show has some value. It’s just that anyone going into this needs to temper expectations and know it isn’t going to be as good as the first season was.