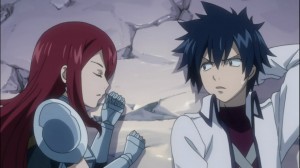 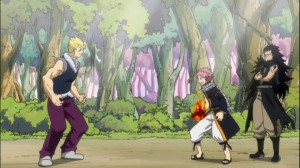 Another week, another decent but ultimately underwhelming filler episode. In many ways, this week’s episode felt very much like the announcer at a show trying to keep the audience occupied until the main event is ready to begin. There’s some  decently entertaining stuff that happens this episode, and while it does a good job of distracting you, its not until the last few moments of the episode that things actually get fairly interesting.

Given the developments of last episode, i.e the introduction of Ms.Lobster and the memento left by Lucy’s dad, it was pretty darn strange to have a “break episode” immediately following what was a setup episode. None the less, we had an episode where Natsu wanted to take on Laxus again… because Natsu always wants to fight anyone who’s even remotely stronger than he is.

Its worth noting, that the weakest part of the episode was the whole focus on Laxus, and everything related to that. There really wasn’t much of a point to really anything. Natsu and Gajeel challenge him to a fight, and he accepts. The rest of Fairy Tail decide to make a festival out of it.

The actual fight lasts two seconds, and is pretty darn anti-climactic. Gajeel doesn’t even bother fighting, and plain just runs away. Something somewhat funny, but hardly in character for our villain turned hero.

The more interesting bit out of the two (and I STRESS on the fact that its out of the two big things that happened this episode), was the whole Gray/Erza going on a mission thing with Juvia stalking Gray as always. If there’s some fan of the Erza x Gray coupling, then well… Happy early Birthday present I suppose? Seems like Gray has an Onee-san complex, but given that this is filler, I would take anything that happens with a grain of salt.

I did feel bad for Juvia, it was pretty funny to hear Erza go: “Gray. Strip.” and then “To Bed”, with Juvia cringing at the very idea of what it might imply. Of course, given how dense Erza is, she never ever realized what she MIGHT be implying. Not that Gray took it the wrong way, but it still made the guy slightly uncomfortable.

Beyond that, the really interesting bit happened at the end, with an attack on Fairy Tail happening near the very end of the episode: 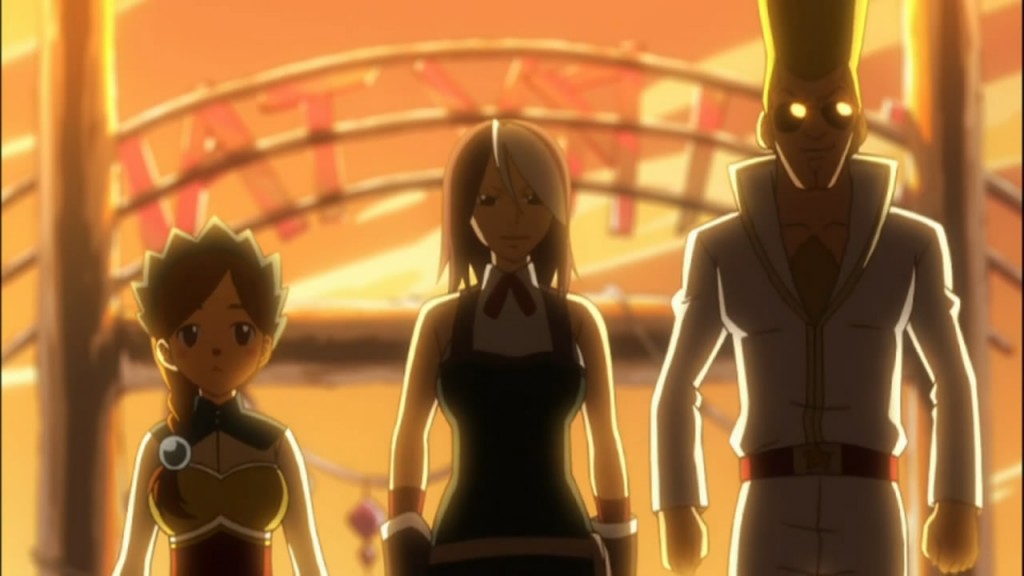 Hopefully, the next episode should make stuff more interesting!

Note: Due to extremely stressful finals, and then getting sick as a result of the extreme work load it took to get through them, this review is exceedingly late. Its been half done for a while. and is more or less just being put up their with the preceding two episodes double review.