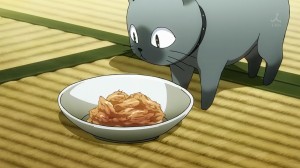 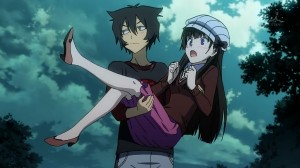 The spring season is clearly trying to prove that you can’t have enough zombie series. Besides “Kore wa Zombie Desu ka? of the Dead” we have Sankarea which focuses more on zombies. Nothing like a show with a main character who has zombies on the brain and fantasizes about falling in love with one. While most people would simply like to destroy all zombies this guy actually creates a couple in the first few episodes. Though to be fair the only one that was intentional was his cat. Though equally important is the girl who’s name is the title. Sanka, Rea is a girl who has one heck of a tough life. Nothing like showing how being born into a rich family won’t protect you from disturbing things.

This is definitely a weird series that almost leaves me at a loss regarding what I should say about it. There really are some similarities between the zombie characters of Sankarea and Kore wa Zombie Desu ka. They are more characters than the kind of zombies you’d see in other series that would be trying to just kill you. A pretty crazy change of state going from at least being human to now joining the ranks of the undead. 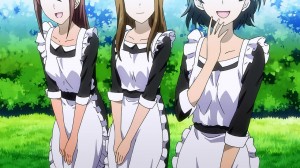 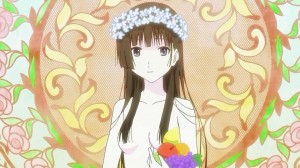 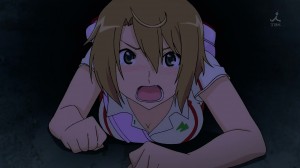 Of course there is little sense of normal in the series. The main character is really into zombies and the main girl lived a life that would most certainly traumatize anyone. I’m rather surprised that Rea hadn’t been raped her father or something worse. I mean there is just way too much wrong with a father who takes pictures every year to record his daughters growth…..with her in the nude. This guy is just screwed up in the head. If that wasn’t bad enough he ruins every possible relationship with any person she gets in contact with. Fire maids, ruin the life of a friend she’s made, etc. Leaving her with nothing, but this disturbed father and a mother who resents her. The mother is a piece of work resenting the victim of her husband’s mentally disturbed actions. I’m not surprised that Rea tried to take that ‘drink’ in an attempt to kill herself. The self hatred she had to have must have been terrible. After all if she wasn’t around the lives her father messed up would have continued normally.

It’s kind of sad that becoming a zombie is the best thing that could have happened to Rea. Well long as she doesn’t start going around eating people it should be fine. The only way her life could really begin was by dying. It’s hard to say how things will proceed from here since there is so much we don’t know about that whole reviving people mixture Chihiro made. Can say that it will be part romance in regards to now there is the exact kind of girl that Chihiro has wanted to fall for. That will be interesting to see, but there is of course his cousin Ranko (who he at one point left to rot in a pipe…) who clearly likes him and won’t just stand around and lose to Rea. So right now have an interesting triangle coming together that could go completely off the rails depending on how things go for Rea.

Visually it’s a pretty simple series, but they do go for some interesting style choices at times. Certainly had some fun for the moment when Rea fell to her ‘death’ and became a zombie. I’m not going to expect anything fancy since the most fantastical part of the series has happened with someone going from living to zombie. The series isn’t visually bad, it’s just not going to blow anyone away. 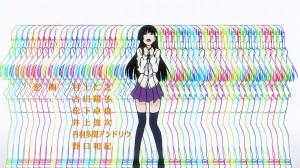 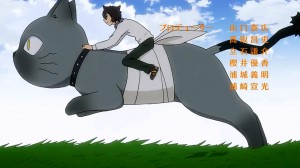 I have to say the OP was pretty solid. It does a good job introducing a lot of the characters and giving some hints to their personalities. A good part of the fun though is when things go a bit more fantastical with Chihiro riding on a giant version of his cat Babu. It’s just a fun OP and the song works well with it. Has a nice energy to it and when it gets to its peak I just find myself really enjoying the song. 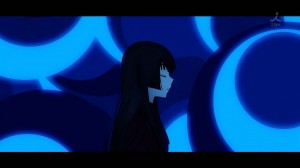 The ED really does focus on Rea and has a much quieter song. Really does highlight how before this all started how tragic her life was. A different kind of tragedy from what others might experience, but still tragic nonetheless. Chihiro and Babu being shown to bring light to her dark world and give her some hope. The song is a nice soft one that just works with the visuals. Don’t feel like the visuals have to do anything extra to work with the song. 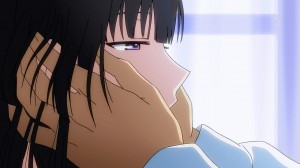 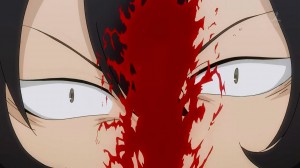 Think this could be a good show for those looking for a slightly different zombie series. It has a solid mix of some horror (we do have a zombie after all), comedy, and a bit of romance. Did take the first three episodes to actually turn Rea into a zombie, but the series should only take off from there. Not that attached to the characters right now though. Just not sure how attached I’ll get to this zombie romance or seeing the consequences of Rea living as a zombie. Not a bad first few episodes though.