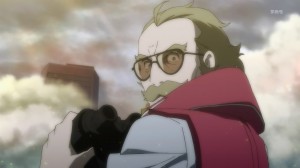 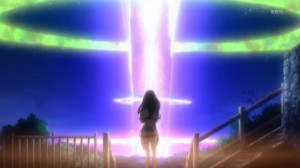 The next series in this barrage of first impressions is Eureka Seven AO. I was really uncertain where this series might go and how good it would be. As someone who watched and enjoyed the original series there is that nervousness about how they would handle this. Of course with the main character not being the same as the original and the series having an alternate universe feel this series really was one I found hard to predict. At the same time a lot of people they are going to be pulling in are those who watched the original Eureka Seven so you’d expect them to try and keep those fans happy.

It really does feel like a series that has similarities to the original but exists almost in an alternate universe or closer to our timeline. The countries and technology look closer to ours though clearly in the future. Battleships look like battleships and just doesn’t feel like the same point in time like the first series. At least personally I’ve chosen to look at it like its own series since it’d be harder to get into it while looking at it as a direct sequel. 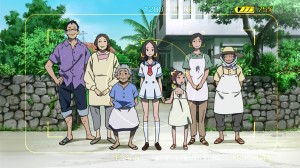 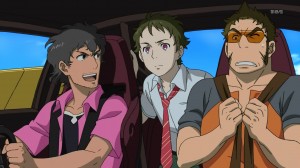 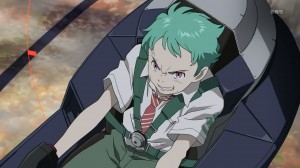 So far Ao, has done a good job as the main character. He’s been pretty easy guy to understand. His mother gone for a long time and having to deal with a serious case of xenophobia from everyone on that island. Even though he was technically born there, the fact that his mother wasn’t from that island has lead to him being discriminated against. Of course it wasn’t just that, but also his mother being used as a scapegoat for an earlier Scub Burst disaster. I’m sure they were already discriminating against his mother and they just used anything they could as an excuse for hating on Ao as well. Having a kid go around and save the day would normally make him a hero, but with this island he was simply discriminated against even more. Even those who understood how pathetic they were for hating against a kid for no reason can’t stop themselves from hating.

Can really feel how tough things are for Ao. Even though he’s grown up there and loves the island himself, those living there hate and reject him. Besides his friend Naru and the Doctor who took him in there aren’t many people on that island who care about him. Never would have guessed that those three guys who were transporting things for the military would actually be the closest things outside of Naru and Ao’s grandfather to friends for him. If all that hate from the people on the island wasn’t enough Ao had to deal with the fact that his life has been in jeopardy for quite a while now. The first episode showed just what one Secret could pull off without leading to the worst case scenario and the third episode ended with almost a fleet of those things being launched. No doubt we are going to see some crazy action from the Nirvash, but it is also clear that Ao can’t handle this situation alone. 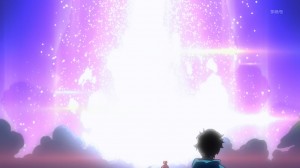 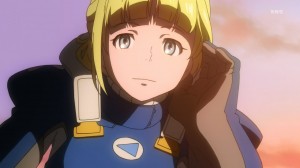 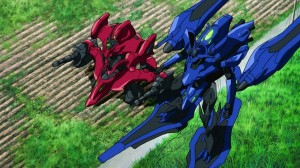 Naturally this is where Generation Blue comes in. Still think the most entertaining thing about them so far is how everyone pronounces “generation” XD. But really seems like quite the quirky group. Should be a pretty successful business when you are the only ones able to deal with such a major global threat. A pretty professional group really negotiating with governments and setting up payments for their services. The two pilots Fleur Blanc and Elena Peoples certainly fit in with that quirky group. Fleur seems like a nice enough girl who can sympathize with people as evidenced by helping the girl get her mother out of the rubble. Elena on the other hand is still pretty tough to read since we haven’t seen too much of her. If Ao does end up joining that group then things should be interesting and some good balance between the three units.

Visually I think the series has looked great. Of course with Bones behind them the series would have a hard time looking bad. The series has great potential to show off its visuals with the aerial battles coming up and just the Scub Corals themselves being pretty impressive. The quality may not stay at the top in every episode, but so far I see no reason to think we aren’t going to get one heck of a flashy series. 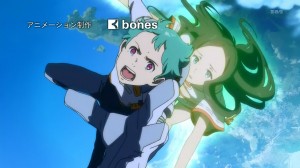 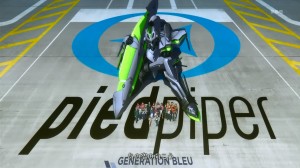 I have to say the OP came out with a good song for this series. It’s a good upbeat song that gets you excited for the episode. Of course it has some more somber moments to reflect how it isn’t going to be all good times for Ao in this series. Still the OP made sure to keep the focus almost entirely on Ao with other characters popping into the OP at different times. It also did a pretty good job hinting at how important Naru will be to Ao in this show. In a sense she’ll probably be a grounding force for him as things go crazy. Though it also hints that his mother Eureka will make some appearance and Ao will be chasing after her.

I have no complaints about the job they did with this OP. It looks good with the visual action and effects. Combine that with a good song and giving a kind of guide as to the kind of series we’re getting into there is no problem with it in my mind. 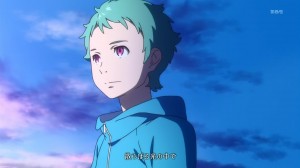 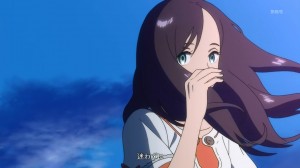 The ED wasn’t really bad. The song was pretty solid though I kind of wanted it to either pick up or maybe tone down a bit. Seemed to hover a bit in the middle of being upbeat and somber. Still it wasn’t a bad song really and worked alright with the visuals. This one was much more focused on just Ao and Naru. The early part just had Ao sitting around before it got a bit more fantastical with him jumping off a cliff and growing wings. Though we didn’t need more hints Naru being so prominent shows how important she should be to the story. In the end she managed to find Ao, following the lyrics of the song pretty well. Not sure if I’ll listen to the ED every week since it didn’t quite reach me, but it was solid enough. 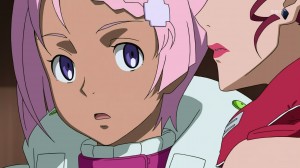 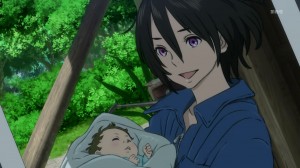 This series should be pretty approachable for those who haven’t seen the original Eureka Seven. For fans of the first show they should stay around just for what the show is and perhaps the promise of seeing this series’ Eureka again. There is plenty to discover about this world and the threat facing it. Ao is a pretty solid main character though I’m sure things will get tougher for him. If people want a new mecha show to check out this has to be on their list. Visuals are nice and the story seems pretty good from the first three episodes. I can’t wait to see the next episode of this one.