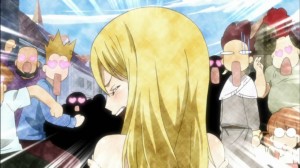 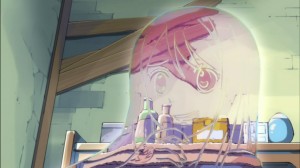 “The Terror of Invisible Lucy” is really not all that scary, in fact, its kind of bland and okay at best. After last week’s rather disappointing and pointless filler, we get a somewhat of a step up, but probably not by much. If there was a filler episode you wanted to skip, simply because it doesn’t really matter much in the grand scheme of things, then “The Terror of Invisible Lucy” is one that definitely fits the bill.

This week’s episode isn’t terribly bad per say, its just a fun little episode, which doesn’t really go anywhere, isn’t too terribly exciting or interesting. Someone mentioned last week in the comments that they expected nothing more than for Lucy to be invisible in this episode, and that really is all you get. 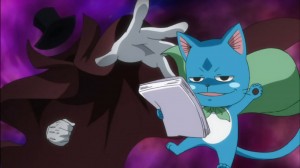 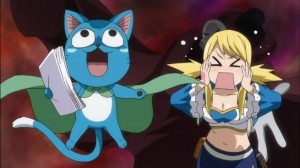 We get a sort of clue into what kind of Lucy writers, and well… the kind of novels she writes are pretty cliche’, aren’t they? XD The one about the Invisible Theif, was a pretty cliche plot, if a bit funny if only in the sense that Natsu and Happy got to tease Lucy for it.

Of course, when Lucy ends up taking a bath and using some magic ointment, the seven year gap makes it go old and has her go invisible… And Lucy does the one sensible thing she could think of…. Go to Fairy Taill… NAKED. Cue “facepalm”…  XD 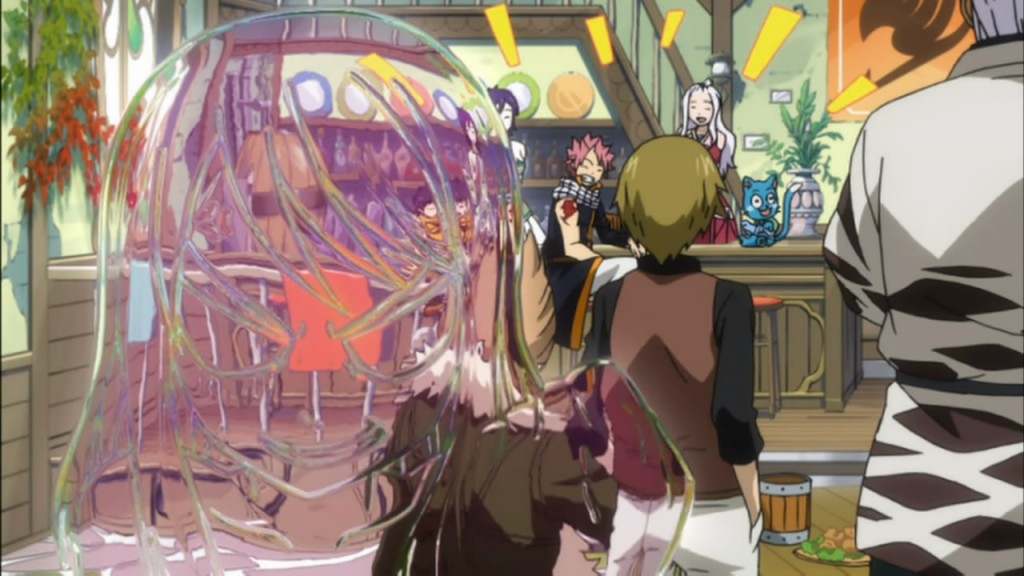 Everyone loves Lucy when she's not there! XD

I will say… its kind of funny how Lucy is kind of the butt of everyone’s jokes when she’s not around. And added to that, we find out that everyone in Fairy Tail is one HELL of a wicked artist. Does knowing magic automatically  make you a master of the paint brush or something? XD 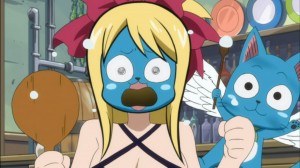 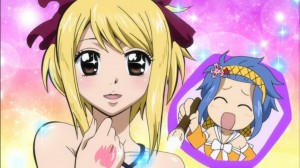 Natsu x Lucy fans will get a little nugget or two in this episode, as the animators seem to be milking the hinting of that pairing for all its worth without really DOING anything. Lucy hears Natsu say something really nice, only to have it ruined by Natsu being hungry. And of course, the scene with a naked invisible Lucy being smelled by Natsu and having him EXTREMELY close to her: 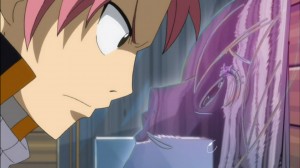 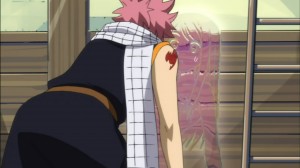 I think the episode was pretty fun filled, and it would’ve actually meant something if it had kept the funny thing going for the whole episode. 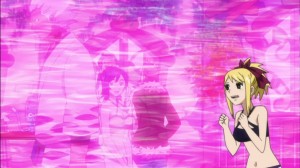 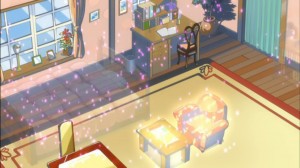 Somewhere along the lines of writing this episode, one of the writers thought it was a good idea to switch things up a bit and have Lucy’s entire existence start to disappear. It does create suspense for a bit, but the episode REALLY doesn’t take it anywhere nice. Instead, we get the most cliche scene ever: 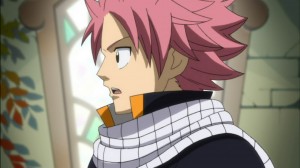 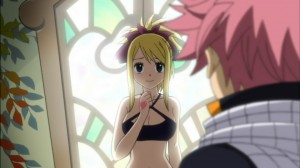 Yes in the end, It is indeed Natsu who remembers Lucy, and poof! The magic making Lucy invisible just wears off. Uhh… Yeah. I’m one to compliment the animation team writers when they do a good job, as what they did two episodes ago, but gosh guys… Give me something I can say wasn’t done by a 5 year old!

Oh and just as Lucy finally gets back to normal, Happy ends up making her spill the magic potion AGAIN, rendering everyone BUT her invisible (Which I admit, ALMOST, almost made up for that stupid cliche scene above XD)

And there you have it really. Its a funny little episode, with some crazy little antics, and that’s about it. If you’re bored, the 127th episode of Fairy Tail can serve as a mildly amusing distraction, but that’s really all it is.

Also in the spirit of what this episode tried to do, in a rather cliche’ way: “Careful what you wish for, kiddies!”

Yes, that is all. 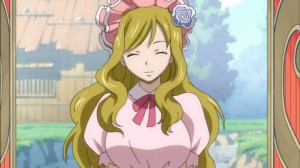 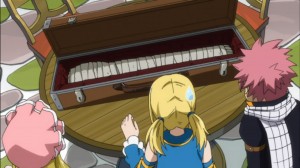 Next week we start with the REAL filler arc. Should be interesting eh? Lets see how it turns out, next week!