It was a long 3.5 year wait between the end of the second season of Shana and this final season. I’d say it was worth the wait though since we were shown one heck of a story over the 24 episode series. Overall I think this final season was superior to the previous two and does a good job of concluding a story that has drawn in a ton of fans over the years.

This series really stepped up the complexity compared to the first two seasons which were really easy to follow. You knew in those series who the good guys were, who the bad guys were, and that the relationship between the leads was progressing. In this one they really tried to make both sides have their positives and negatives so it wasn’t so easy to draw that line and really the two leads only spent a fraction of the series together and most of that was spent fighting. 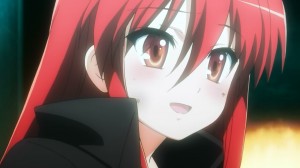 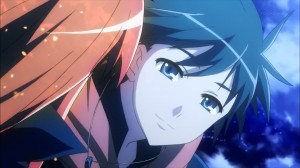 The relationship between Yuji and Shana really had to be developed without each other and the majority of it was done by Shana who really grew as a character. Even at the start of the final season Shana didn’t have a full understanding of her emotions and had herself split between her personal feelings and her role as a Flame Haze. This series let her put those sides together and become a more complete character who understood what she wanted. While Shana was getting more stable as a person Yuji had a lot of moments when he seemed like an idiot. He beats up and captures the girl he likes and then is confused when she freaks out. Shana was a key part of Yuji’s motivations for everything he did, but he held so much back in this series. He didn’t believe that Shana would accept what he was trying to do and he felt that he didn’t deserve to selfishly be in love and do what he wanted.

In a sense Yuji was a frustrating character if only because it wasn’t quite obvious early on as to what was going on. Eventually it became more clear that he was a combo with the Sairei no Hebi, but even then for a while it was tough to discern whether Yuji was really working with this guy or if he was just manipulating Yuji and who had majority control. At least he did one thing right and that was making it clear to Yoshida early on that she had no chance. It’s not often that a triangle is resolved by one side just clearly laying out their thoughts and feelings on the matter. 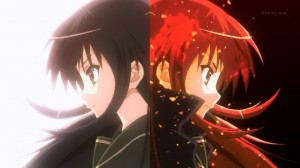 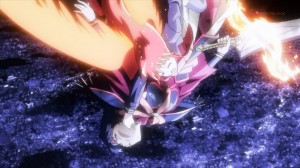 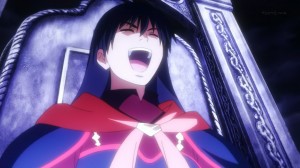 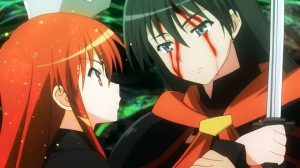 The plot was a lot grander in terms of scale compared to the earlier seasons. We were dealing with major issues of all out war and large scale implications of Yuji’s plans. This wasn’t just about Misaki city or the relationship between two characters even if that relationship motivated Yuji to take part in this drastic change. We were introduced to a ton of new characters including Flame Haze and Tomogara. At times there were so many characters that keeping them all straight got a bit tricky, but since there was only a few key characters it wasn’t an issue.

Again in terms of complexity the story gave us a lot to think about, but also made some things harder to follow. Sometimes you just had to stop and think about what the heck everyone was doing and what their end game plan was. The problem in that was that both Shana and Yuji thought it was nice to hide their intentions from the viewers until they were just about to show what they had in store. It’s good for speculation, but at the same time you can’t really judge and compare the two sides without all the information. At the end it’s a whole lot easier, but you also have the result to consider so one has to be careful not to let the result decide how they view things. I think the series would have been helped if it had more time to really explain everything. It was only a couple times, but there was a moment where a term got thrown out and I paused to think “wait, what?” I enjoyed that the series had more depth to it, but more depth and complexity does come at the chance of leaving people lost at times. Of course I’ll take that over the opposite, but it could have been done a bit better. 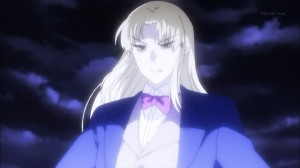 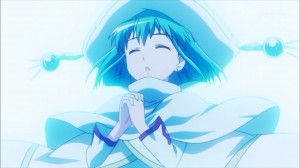 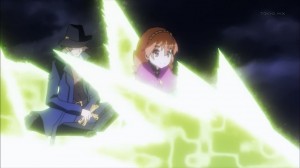 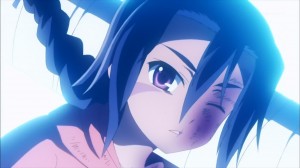 The best thing is that we didn’t have a large stretch of pointless episodes. The second season just had a stretch that was just painfully boring at times. Here they were always moving the story forward in some respect and there wasn’t time to relax. The series was entertaining there’s no question about that.

Also while Shana and Yuji dominated the series they weren’t the only characters who had some growth. Things took a major step forward for Margery and Satou this season. Something that I thought was only going to remain lightly hinted at turned into a full out pairing. It was a tough series in some respects for Margery. She really had to face her own demons and in the end came out stronger for it. Khamsin also made a return and played a major role in events. I liked how we got into his past and how that friendship with Kazumi became an important part of his actions. Khamsin really got his chance to fight as well and that was pretty entertaining. I wish things had worked out better for him, but that’s just a personal feeling and not something I’m going to hold against the series. 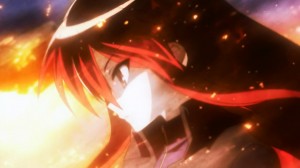 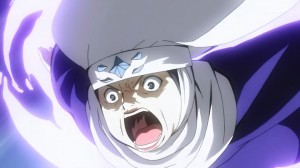 Visually the series really got to take advantage of being aired 3 years after the second season. It really did look good and they did a nice job with the flame effects. With a full scale war to animate they had a lot to take care of. They were able to show all those kinds of abilities and make it entertaining. Over the course of a series you are going to have highs and lows in terms of visual quality, but overall I thought they did a good job. They had a lot of crazy stuff to animate thanks to the plot. 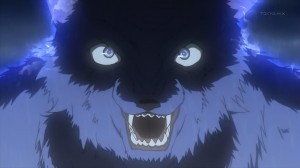 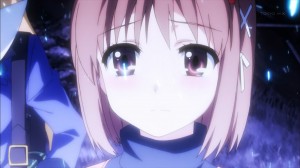 The music was a strength for Shana this time around I thought. They had some variety that helped also define the different sides of the major conflict. The music for Yuji and Sairei no Hebi was pretty distinct and I just liked to stop and listen to it. The music in the OP/ED were both excellent and when they started to play the ED song up near the ends of certain episodes it really set the tone and made you look forward to the following week. The music for the battles of course was good at fitting the scenes and bringing them up a notch. Of course the voices in the series were entertaining as always. Shana especially had important lines and managed to bring the emotions through. The new characters were well voiced with no one that had me groaning whenever they had to speak up. 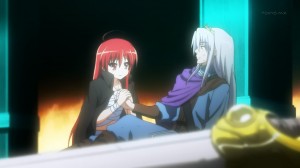 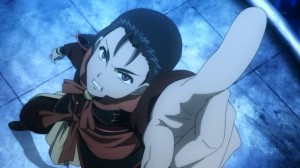 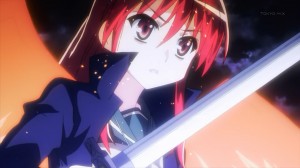 In the end this is a series which wraps up a trilogy of anime seasons, but also a series that is important to many people. Shakugan no Shana is one of those series that just reached a high status in people’s memories and list of favorites. They weren’t without flaws, but the combination just made people care and want to know how things would turn out. This final season had a heavy responsibility to tell people exactly how things would turn out. It may not have given much in terms of an epilogue, but it did tell us exactly what people would be doing with their lives after the biggest event in the series. Events in the final episodes really made me feel like the series hadn’t forgotten its origins.

Like the previous seasons this series had its share of flaws. Sometimes the series went into areas where you couldn’t exactly follow what was going on. But despite that you were drawn into the conflict of the series and obviously people picked sides as to who they thought were more in the right and what should be done. The series ended on a strong note and the entire season made clear that YujixShana was the only way things could finish.

While I might not have agreed with everything certain characters were doing the fact remains that Shakugan no Shana Final was a great ride. The plot itself was a pretty big surprise, but the series also resolved pretty much everything I was hoping it to. Anyone who was a fan of the first two seasons should obviously check this out. I do see this as the best overall series of Shana in terms of quality and how epic the story became. It’s a bit sad to see Shana go for good, but I’m glad it ended on a positive.