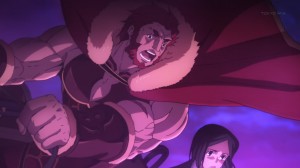 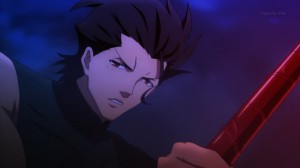 And thus concludes the first epic battle of the story, taking with it our first casualties of the Holy Grail War. We saw a servant and his master both depart in the span of two episodes, but man… were those jaw dropping episodes in themselves.

From an animation stand point, its no exaggeration to call Ufotable king.  We got some truly amazing looking scenes in this episode which can only be called “epic” in the scale of what they showed. 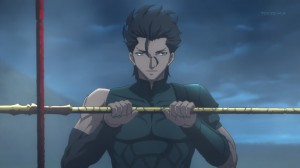 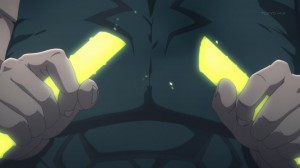 This was indeed the week where Caster met his end, but it took nearly everyone present in the battle for it to happen. We had Rider use his Reality marble Noble Phantasm to keep Cater’s monster at bay while everyone else thought up of what to do. That is where Kiritsurgu came in, devising a clever way to lead Lancer on to release Saber’s curse.

I was pretty shocked by how the curse was undone too, as Lancer had to literally sacrifice one of his lances in order to do it. You can bet good money that this is really going to come back to bite him later. With both his lances, Lancer stood on even footing with Saber, maybe even had a slight advantage. Losing his Golden lance though, he’ll be in quite a bind later. 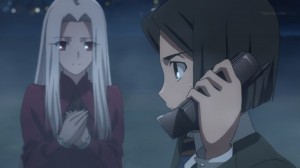 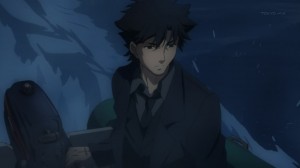 Gotta hand to Kiritsurgu’s craftiness, he not only found a way to deal with Caster, but he also got his servant out of a pretty bad situation. At the same time, nearly everyone present at the battle witnessed the full extent of Saber’s power. Unlike Fate/Stay Night, it seems nearly everyone knows of the full extent of everyone else’s powers. It’ll be interesting to see how each Master and servant develop strategies to win against their opponents.

That said, even to defeat Caster, it took everyone’s combined effort. Most of the problems arose as soon as Saber got her arm back. Berserker began attacking her again, and it was upto Lancer and Giglamesh to take it down. I’m quite curious as to why Berserker attacks Saber every time it goes out of control. Could the Mad Black Knight be related to Saber’s past in some way? 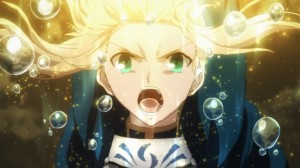 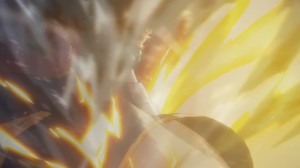 Its worth noting that Saber’s full unleashing of Excalibur was pretty darn impressive. She’s only able to use it near the end of Fate/Stay Night because of reasons that I’m sure everyone watching this series is quite familiar with. If not, I highly suggest watching Fate/Stay Night or playing the VN after you’re done with this series.

Either way, it was just… AMAZING to see Saber’s full power in action, ripping Caster to friggin shreds in an instant! 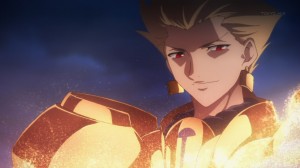 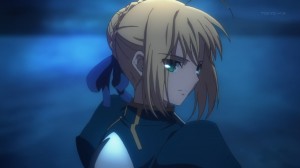 Its also interesting to learn of the nature of Excalibur, as it embodies the very will and hope of everyone that believed in King Arthur. Sure, while Gilgamesh owned everything he ever wanted, and amassed a huge amount of wealth, loyalty and what not and Rider raised all his warriors to legend, the deep trust that thousands, if not millions put in Saber in her past life is  nothing to scoff at.

I confess, I have, in the past, been hard on Saber. Compared to the enigmatic and charismatic personalities of Giglamesh and Iskhander/Rider respectivelty, she’s not as intriguing in this war… yet. I think the fact that Gilgamesh is starting to take a liking to her will make for some interesting drama, as most of us know of how twisted and obsessed Gilgamesh is in Fate/Stay Night. 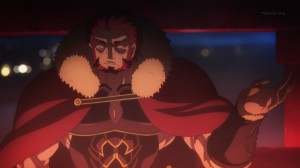 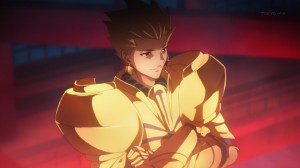 I found the little discussion between Gilgamesh and Iskhander(Rider) to be quite intriguing as well. While Saber is definitely powerful, I personally feel like its these two that are truly equals, and seeing their ultimate clash is going to be very interesting, should it come to pass. In many ways, Iskhander and Gilgamesh’s idealogies are truly at each other’s throats.

While Gilgamesh finds the tragedy of despair that befell Saber in her life to be beautiful, Iskhander pities and feels sorry for her. The very difference of opinion on Saber, truly highlights how at odds these two kings are. If I were to be totally black and white, I’d categorize Iskhander as good and Giglamesh as evil. Its really not that simple, though. Iskhander was just as greedy as Gilgamesh, just that he wanted different things and used different methods to reach those goals and desires. Nuff said, I’m truly hoping for an epic clash between these two kings. 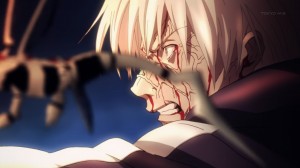 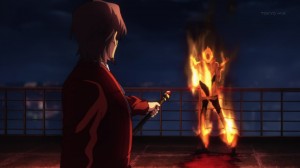 Speaking of desired clashes, we got our little conclusion to the Kariya versus Tokiomi fight. It was sadly, pretty one sided, with Tokiomi easily overpowering Kariya and taking him out effortlessly, much to a lot of the audience’s dismay. Kariya indeed, has taken too much on himself with his accelerated attempt at trying to control Berserker. He can barely think cohesively, nor can he fight all that well.

There was quite a bit of an interesting discussion last week in the comments on Tokiomi, and I highly recommend that anyone interested in the whole Kariya versus Tokiomi ideology clash check up on it. Props to all those who commented last week, you really made me realize some new things and widenned my perspective on this extremely deep and very nuanced show. 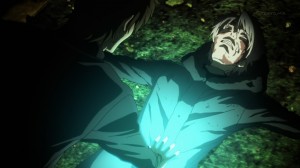 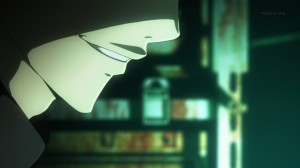 While I do feel like still rooting for what Kariya stands for, I  feel like at this point, he’s all bark and no bite (his servant is nicely called a rabid dog by Gilgamesh after all). I love how, much  like the audience, Kirie is enthralled by and interested in Kariya’s struggle.

In many ways, this episode marked the birth of the true Kirie, as he had a sort of “coming out of the closet” moment this week. Instead of killing Kariya like he probably should have, Kirie decided to help out and save the man. Whether its to see Kirie suffer, or to understand his struggle more, is left to be seen. From the expression on Kirie’s face however, I’m willing to bet the intentions are more sadistic in nature… 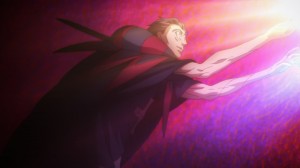 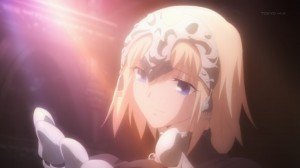 I’ll wrap up by mentioning that it was odd to see Caster’s final moments. The truly insane and twisted Caster actually felt remorse and saw the extended hand and kind smile of the woman he loved (Who did eerily look a lot like Saber)?

It seems unfair for such a twisted villain to get such a nice ending. While it was pretty impressive for Caster to realize that he had done some truly unforgivable things at the end, I personally didn’t feel any sympathy or emotion on his death. Ryounosuke’s death last week was more impactful than Caster’s. At this point, Caster felt more like an obstacle than anything at this point, and its good to see him done and dealt with.

Now the truly epic battles can begin. Personally, given how much setup was established this week amongst all the chaos, I really can’t wait to see what’s going to happen next in this war. 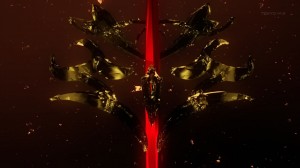 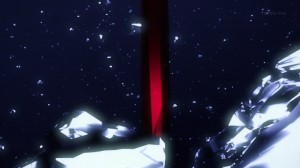 Next week we’ll probably see the final confrontation between Saber and Lancer. See you all next week!