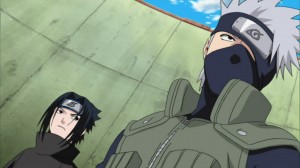 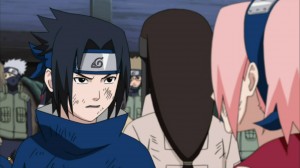 Recap of the original series, Continuing from last week. We go through the Chuunin Exam, all the way to the point where Sasuke returns with Kakashi after having trained and learned Chidori.

Much to probably everyone’s joy, this flashback arc is moving rather swiftly while highlighting the most important moments that make the backbone of the whole rivalry between Naruto and Sasuke.

In a way, the continued focus on Naruto and Sasuke is really what is making this recap arc kind of interesting to watch. It really has been quite a few years since we saw this stuff, and I did forget little details, like the fact that Kabuto was with Naruto and co in the Forest of Death.

The bulk of this episode focused on, as you may have gathered, the Chuunin Exam arc, which was one of the more stronger arcs of the series, and what really got me interested and excited about Naruto all those years ago. We started from the very start of the Exam, and ended on the point where Sasuke came back, having finally learned Chidori and about to rumble with Gaara.

Something that this episode really highlighted, was the start of the shift of power from Sasuke to Naruto. I think until this arc, Sasuke had always overshadowed Naruto in terms of power and battle prowess. It was in this arc that you really began to like Naruto as a character, not because he had the Kyubi’s powers, but because he continued to grow and improve himself, at an alarmingly cool rate.

I suppose, now we can say that Naruto was gifted with some sweet genetics, given that he was the son of the previous Kyuubi’s Jinchuriki and the Fourth Hokage.  But anyway, this episode really highlighted how powerless and somewhat impressed Sasuke felt when he saw Naruto. In many ways, Naruto inspired Sasuke to get stronger and even abandon some of his pride to ask Kakashi for help. 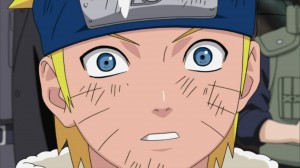 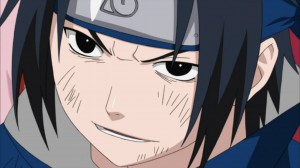 The one thing that really I think was the turning point in the series, was that both Naruto and Sasuke, at this point, had moved past being bickering kids, to rivals who really began to respect one another and at the same time, treat each other as friends. As we probably know in the grand scheme of things, this period was really short, but it was an interesting period none the less.

One final thing I have to mention, is that I never was a fan of Kakashi at this point, in fact I intensely detested him. I was always more of a fan of Naruto than Sasuke, and it was frustrating and annoying to see how much Kakashi obviously favored Sasuke. Granted, the two of them were more similar, but it was pretty sad to see Naruto get shelved and not be given anything from their teacher, while Sasuke received special attention. And added to that, Kakashi was a pretty horrible teacher, as he made Sasuke stronger, for sure, but never really taught him the important things. In the end, Sasuke ended up leaving Konoha and going towards Orichimaru and more power.

It is interesting to note, that had Sasuke never run into Oorichimaru here, Sasuke would have never become a better and stronger person, and then later, he never would’ve fallen to the darkness later. Eitherway, from here on out, I think we’re going to see the fallout between Sasuke and Naruto, and the eventual departure of Sasuke from Konoha. 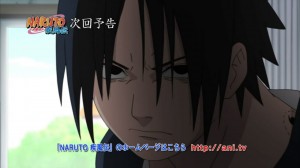 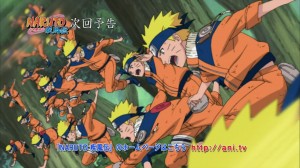 We continue with our recap next week. We finish up the Chuunin exam arc and move into the time where Akatsuki comes in apparently. See you all then!